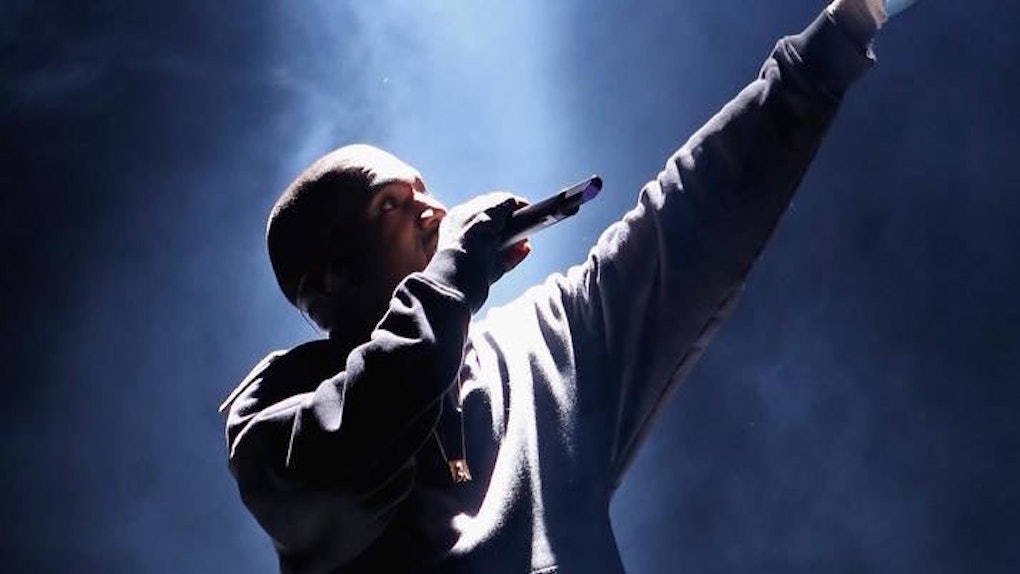 Let's go back in time for a minute, shall we?

At the MTV Video Music Awards in 2013, Miley Cyrus and Robin Thicke caused quite a stir when they performed “Blurred Lines” and “We Can't Stop” on stage together. Cyrus, of course, got the brunt of the critiques for twerkin' on a married man and ended up leaving the awards show early.

Many, at the time, thought Cyrus' impromptu departure was directly related to the now infamous performance. But it was not.

Instead, Cyrus left the VMAs to hang out with none other than Kanye West and record a remix with him.

That remix — a mashup of Tears For Fears' “Everybody Wants To Rule The World” and West's “Black Skinhead” — was never released... until three days ago.

The track, which also features Lupe Fiasco and Travis Scott, is unlike anything you've ever heard, and undeniably strange. But it's also pretty awesome — mostly because everything Kanye does is awesome.

Listen to the bizarro collab below.