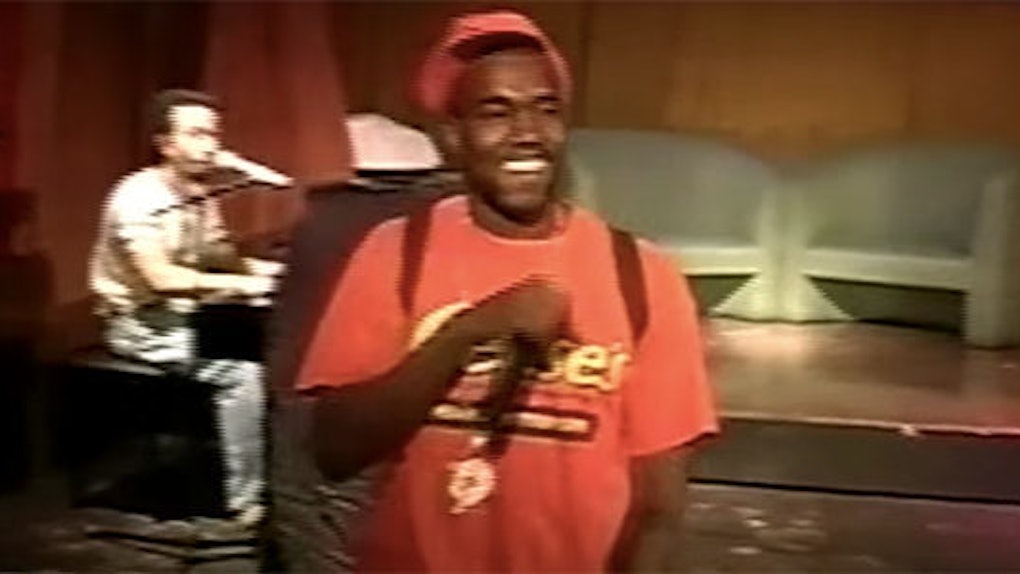 Back in 2003, Mr. West was just starting his solo career in Chicago, performing in front of dozens of people in an auditorium and rocking Reese's shirts.

This rare clip of Kanye and John Legend doing an old version of "Gold Digger" is not only awesome, it just goes to show you they both were always destined to be stars.

Humble beginnings with racky endings and dozens of gold diggers in between. It's the American Dream!