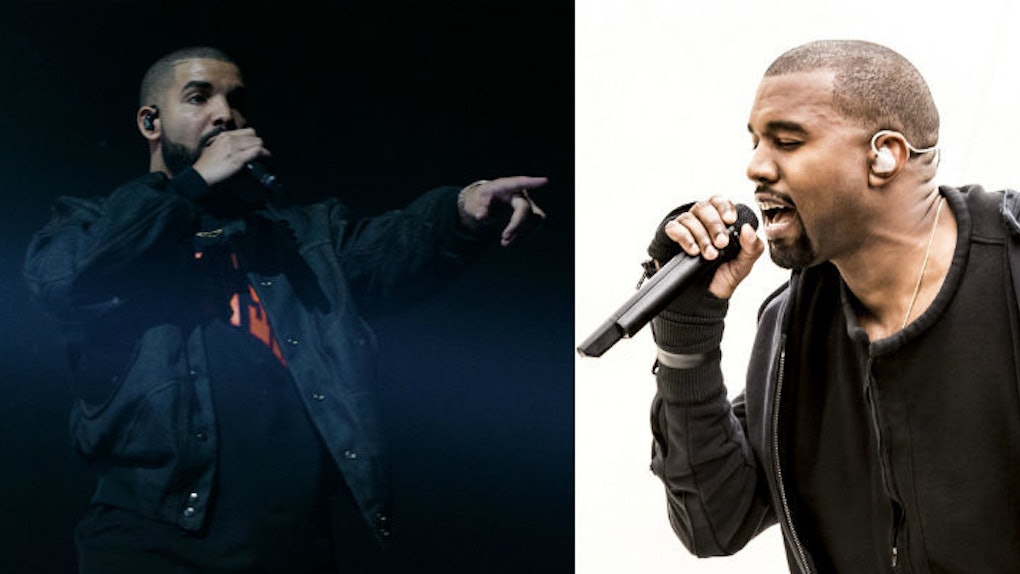 THE RUMORS ARE TRUE.

Thank you Yeezus! You are truly a benevolent music God.

Kanye West just told Vogue that he and Drake are officially working on an album together. While he has yet to give us a release date, he did tell the magazine,

We're just working on music, working on a bunch of music together, just having fun going into the studio. We're working on an album, so there's some exciting things coming up soon.

Look at these friends just being friendly!

It was back in August that Kanye originally teased us about the upcoming collaboration.

It was at the OVO Fest in Toronto where he asked the crowd,

Y'all ready for this album?

This billboard was even spotted in LA toward the end of August.

It included both Drake's label, Octobers Very Own, and Kanye's, G.O.O.D. Music. Calabasas is where both Drake and Kanye live.

While both rappers are still performing on their own tours, but hopefully this joint album will come out sooner rather than later.