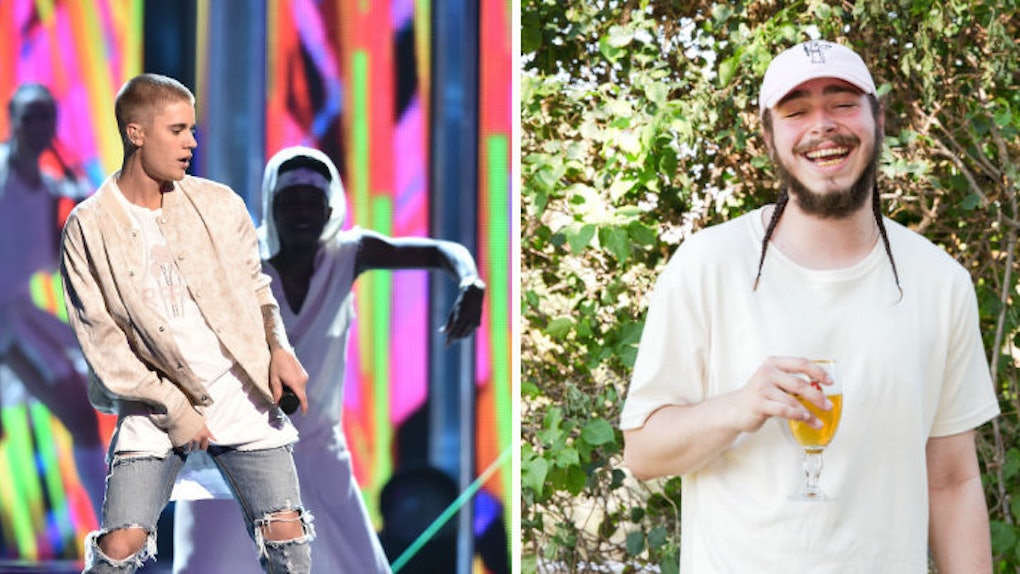 It was back in August that we were promised Post Malone's new album, Stoney, but we're still waiting. At least now we finally have heard his newest track with Justin Bieber.

The song is called "Deja Vu."

The title is fitting, as many listeners are having deja vu over the song's beat. Some fans are saying it sounds a lot like Drake's "Hotline Bling."

Here are some of the lyrics:

Something tells me we're all going to be listening to this on repeat.

Earlier this year, Post Malone joined Bieber on his Purpose tour. The two sure have come a long way from that picture showing Post choking The Biebs out.

Of course, they both said the picture was just a joke between two buddies.

Hopefully, Post Malone's debut album will be out soon, because this song is more than enough of a tease. It was originally meant to be released on August 26, but Post took to social media to explain the delay.

Maybe the release of the song suggests that the album is not far behind.