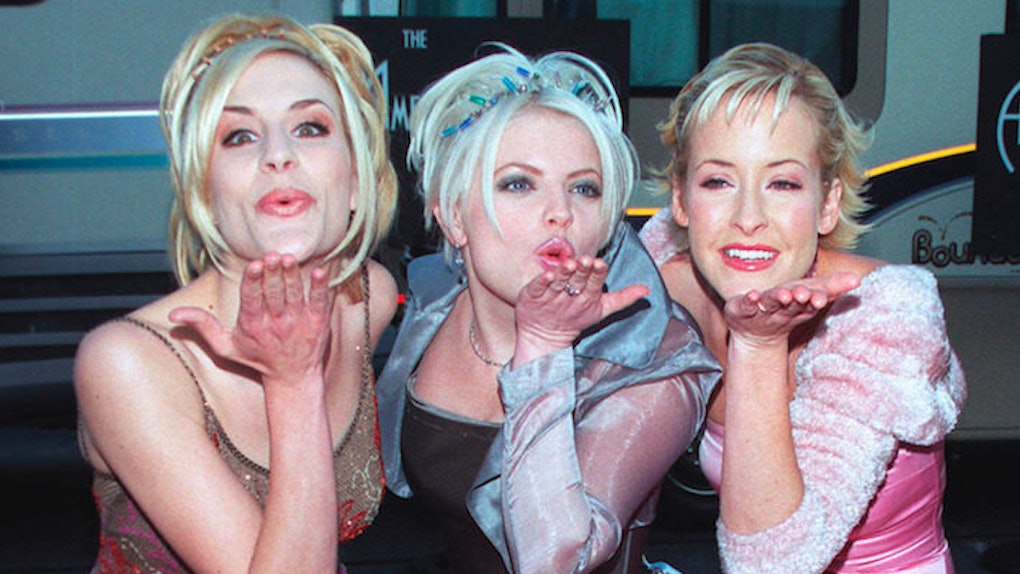 Why The 2016 Return Of The Dixie Chicks Is Long Overdue

As a young girl and avid country music fan in the late 90s and early 2000s, I didn’t have Miranda Lambert.

I didn’t have Carrie Underwood. I didn’t have Maddie & Tae or Kacey Musgraves or the Pistol Annies, but I did have some ladies to admire.

I looked up to powerful female country singers, like Jo Dee Messina, Shania Twain, Sara Evans and, most importantly, the Dixie Chicks.

While all of the ladies I mentioned above (and the many that I did not list) are amazing in their own rights, the Dixie Chicks just had (and still have!) something special.

As one of the only all-female country music groups during their active years (1997ish to 2006ish), the Dixie Chicks broke all kinds of boundaries.

Nearly all of their albums and singles have gone platinum or multi-platinum.

They have an incredibly long list of awards and Grammys, and to this day, they are one of the only female singers to have won the Country Music Association’s Entertainer of the Year (2000), an award traditionally given to male vocalists won.

Nearly every time I turned on the radio during these years, “Wide Open Spaces” or “Cowboy Take Me Away” answered, and I belted out every word.

But this adoration for the Dixie Chicks was short-lived — at least on country music’s end.

In 2003, lead singer Natalie Maines made a comment at a concert in London that the group was against the Iraqi war, and they are “ashamed that the president of the United States is from Texas.”

Country music radio stations and fans turned their backs immediately on the group, shunning them from the industry.

I remember that radio stations had “CD destroying parties,” where ex-fans brought their Dixie Chicks albums to the radio station and stepped on them, ran them over in cars and burned them.

Although I didn’t understand the weight of their comments as a kid in elementary school, my heart broke for the Dixie Chicks, as they slowly began to disappear.

Since the incident, I have heard one song on the radio, a few months ago, actually. And I listen to country radio a lot.

Now, at 22, I do understand that weight.

I understand how their comments were taken in the context of 9/11 and the Iraqi war, as well as why the backlash happened. However, that does not mean I take the side of country music.

I will defend the Dixie Chicks until the day I die, not just because they are my childhood heroes and I love their music, but because I believe what country music did to this group was completely inappropriate and unfair.

The Dixie Chicks hail from Texas, and I have a feeling their comments were interpreted incorrectly by the public.

As far as not “want[ing] this war, this violence,” why weren’t they simply allowed to share their opinion?

Yes, I understand the incident occurred on foreign soil, but what is so terrible about striving for a world filled with peace?

And, I have to question if the same action would have been taken if the Dixie Chicks were a trio composed of men. I have a feeling the backlash would not have quite been as career-damaging.

Additionally, I have so much respect for how Emily Robison, Natalie Maines and Martie Maguire responded to this backlash.

Instead of cowering and giving into what the public wanted, they stood by their comments and did not back down.

Through the power ballad, “Not Ready to Make Nice,” the Dixie Chicks beautifully illustrated how the public's response to their statement about Bush was more terrible than the comment itself.

The women received death threats and were encouraged to cancel concerts, but they refused out of respect for their fans.

The Dixie Chicks were (and still are) the epitome of strength, determination, perseverance, and sheer badass girl power.

I know I am not alone in my excitement for their 2016 United States tour.

I nearly had to leave my philosophy class, scream and do a little dance when I scrolled through my Facebook feed and saw the news.

I know I am not alone when I say the Dixie Chicks had a tremendous impact on me at such a critical age.

I know I am not alone in the fact that over the years since their break, I have continued to listen to their music. I have continued to hope for a reunion tour in North America, and continued to ask why country music was so unjust and cruel to three beautiful, talented women exercising their right to the expression of an opinion.

All of those young girls who are now women will have the opportunity to see their idols live, doing the things they do the best: singing, performing and being true to themselves.

The first time I ever saw Emily, Martie and Natalie live, I was in elementary school and won front row tickets to a show in Cincinnati.

At one point, I reached up to the stage and Martie grabbed my hand and squeezed it. I remember that moment so distinctly, even this many years later.

I cannot wait to join them for their MMXVI tour. I will sing along to every word, cry to “Cowboy Take Me Away” and swell with happiness the same way I did so many years ago.