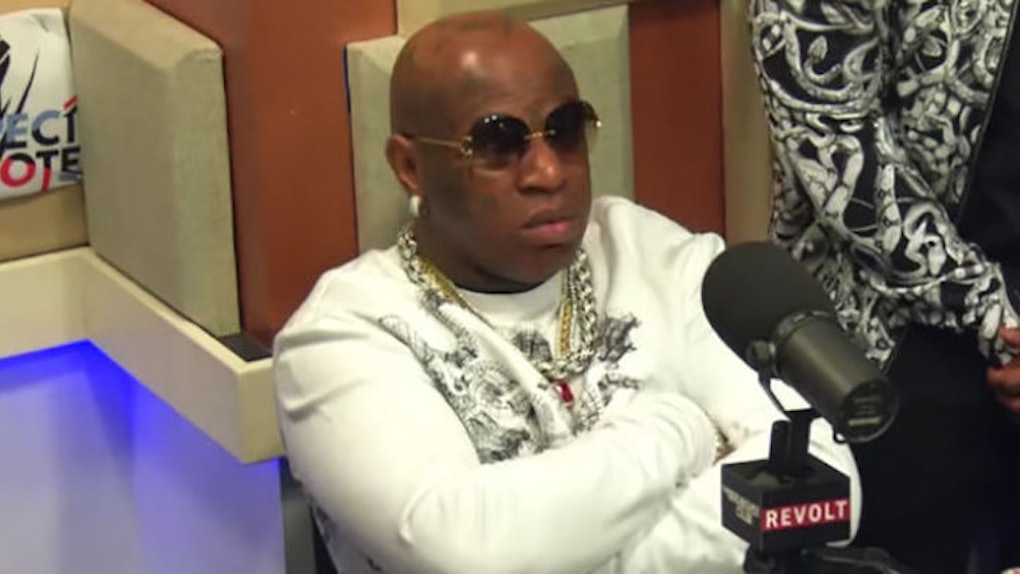 Birdman Goes Hard At The Breakfast Club In Shakiest Confrontation Ever

Birdman has been an enigma to the public for the past few years.

After falling out with Lil Wayne over millions of dollars in a dispute that is far from over, he still remains one of rap's wealthiest figures and feels he doesn't have to take sh*t from anybody.

So when the Cash Money boss man showed up to New York radio station 105.1's Breakfast Club, he wasn't playing any games and called out the three hosts for slandering his name before he even sat down.

At 47 years old, Birdman and about seven of his goons didn't come to do an interview, they came to send a message, to Charlamagne Tha God mostly, that he knows they've been talking sh*t about him on the radio waves.

The only problem was that his delivery wasn't weak, it was straight up shaky.

When you had probably all day to plan what you were going to say, and your voice starts to crack as you hold back the sick tears, you need to take a few seats.

Not only was this really intense, but the three radio hosts didn't exactly have an idea of what incident he was talking about. The whole thing is super awkward until Birdman finally dips.

I'm sure this feud is far from over, but thanks to the Internet, it's pretty much been decided after this meme.

Why does Birdman look like the nigga from Lilo & Stich lmao pic.twitter.com/VGvGSqCDiM — A. (@AlaiYosief) April 22, 2016