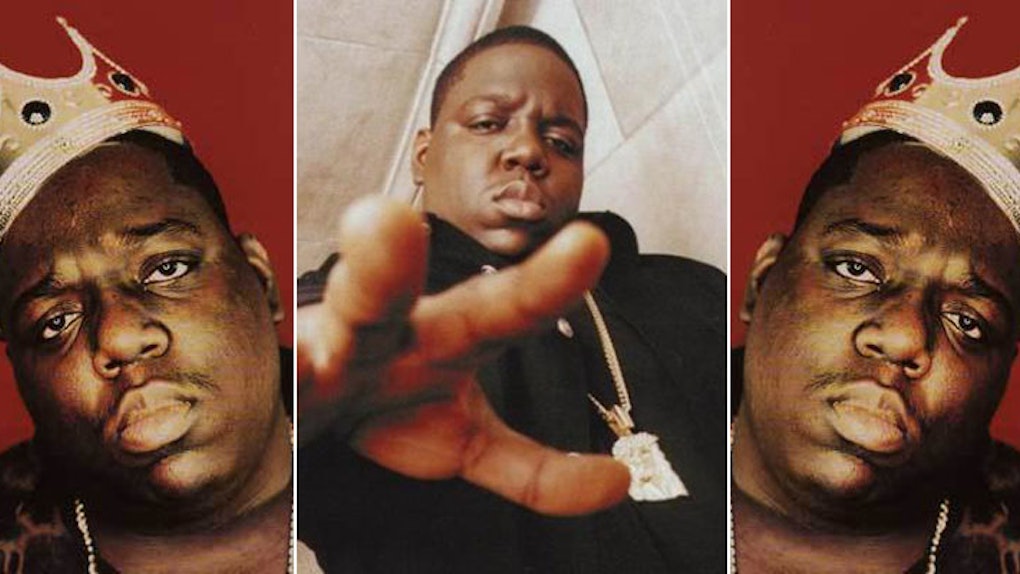 It's been 18 years since the tragic death of Biggie Smalls, and he's still the greatest rapper of all time.

If you don't agree with that, consider everything he accomplished was done by the age of 24. No one can dispute he was well on his way to becoming the best ever.

Christopher Wallace had been shot, gone to jail and had a child all before he turned 22. He met Puffy during this time, signed his first record deal and put out a classic with Ready To Die.

Even as an unknown 17-year-old emcee on a corner in Bed-Stuy back in 1989, Biggie was bound to be a star.

However, he is much more than your average rap icon. He's one of the rare legends who transcends music and connects with everyone.

Even your grandma knew about Biggie, which is crazy, because she still doesn't know how to turn on the TV.

I'm making music for the people. If y'all love the music, y'all gonna buy the music.

His beef with Tupac also sparked the most controversial and ultimately violent times in hip-hop.

Two artists simultaneously pushing the genre like they did will likely never happen again.

Biggie wasn't about creating differences, though.

He was about inspiring others by telling the personal stories of his struggles and showing how he turned a negative into a positive. He said,

I can't never stop nobody, can't knock nobody hustle.

Biggie represents Brooklyn, the struggle and how hard work pays off if you truly put your mind to it. Making it out of Bed-Stuy during his era wasn't just an achievement -- it's a miracle.

Today, his inspiration lives on throughout the borough and through this new generation of artists.

Even Jay Z credits Biggie's influence in his career -- a career that started in the very same neighborhood.

And for old friends, like Diddy, Biggie lives on every day, but especially at LIV on a Sunday.

Christopher Wallace changed the world during his short time on Earth. What could have been will forever remain one of those unanswered questions that'll stick around until the end of time.

But, on the day of Biggie Smalls' death, light one in the air, bump some "Juicy" and remember a great.