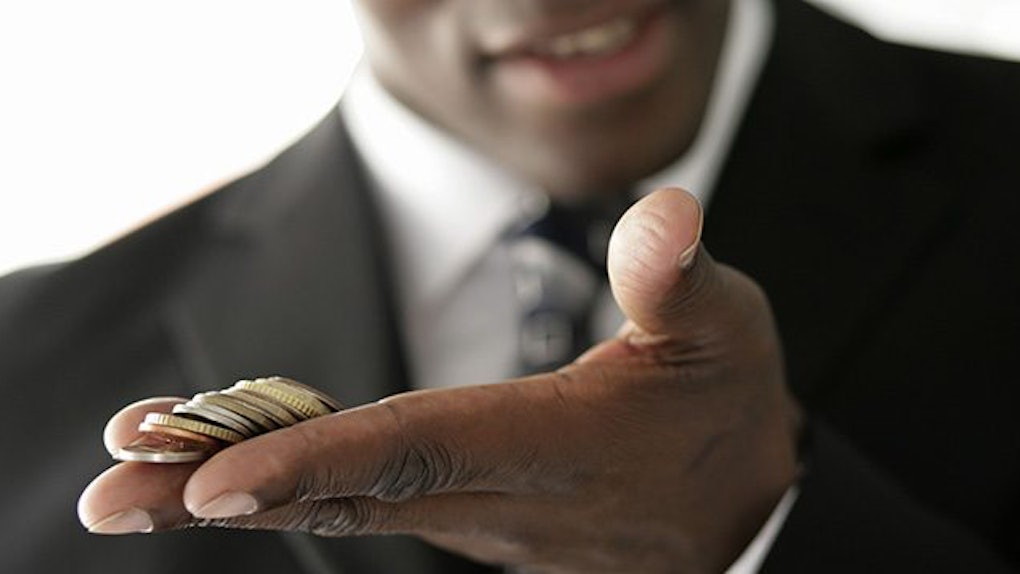 What Costs Minorities More Than White People Over Lifetime

A bit of concerning news was reported this week.

According to PBS, drivers from minority neighborhoods are paying more for car insurance than drivers from predominantly white areas. What's even more concerning is the disparity exists even when there's the same amount of risk for getting into accidents.

It's definitely disappointing news, and yet, it's hard not to meet this news with a shrug.

I mean, what else is new? There have been so many reports on how minorities pay more for different commodities that the reports can desensitize you.

It's alarming, sure. We need to find a solution, yes. Ultimately, though, it's not surprising.

Take a look at these other stories that show how minorities' pockets are drained over time, and you might feel the same.

But first, a little background on the auto insurance disparity.

The idea of auto insurers charging black people more for their service is nothing new.

Just two years ago, the Consumer Federation of America conducted a study that found drivers in black neighborhoods are charged premiums that are 70 percent higher than drivers in white neighborhoods.

Pro Publica teamed up with Consumer Reports to analyze data from four different states and found that insurers charge as much as 30 percent more to drivers in neighborhoods that primarily consist of minorities.

Here's what you call a domino affect.

Black and latino families with two parents in the household still have less than half of the amount of wealth in a single-parent white household.

That means more minority students have to rely on loans. The result? Black college graduates have to deal with twice the amount of student debt as their white counterparts.

Tuesday was a time to shine a light on the gender pay gap. But of course, there's a racial pay gap that exists as well, sadly.

An analysis from the Pew Research Center showed that Black and Hispanic men earned under 75 percent as much as white men.

Apparently, this type of disparity also exists even at places where people are doing similar work. In January, Oracle was sued. That accusation? The company paid white men more than minorities.

There is no shortage of companies that have been caught up in allegations of wrongdoing when it comes to lending for minority car owners.

Last year, Toyota agreed to pay over $20 million back to black and Asian borrowers after it was found they paid more for their loans than white borrowers.

According to the Department of Justice, black borrowers paid $250 more in interest than similar white borrowers between 2011 and 2013.

The stories go on and on, but the point remains the same. When it comes to auto loans, it's clear that being a minority is enough to have your prices hiked.

Housing is perhaps the most notable area in which minorities suffer economically. That's why stories like the following are not surprising.

Here's an example. In an analysis of home sales over a near two-decade span in four metropolitan areas, a study led by Duke University found that Black and Hispanic homeowners paid 3.5 percent more for comparable homes than white homeowners.

Here's another, this past January, JPMorgan settled a discrimination suit just hours after the company was sued by the Department of Justice.

Other big banks are not immune these stories either. Whether we're talking Wells Fargo or Bank of America, it seems no one's immune to trying to take advantage of minorities.