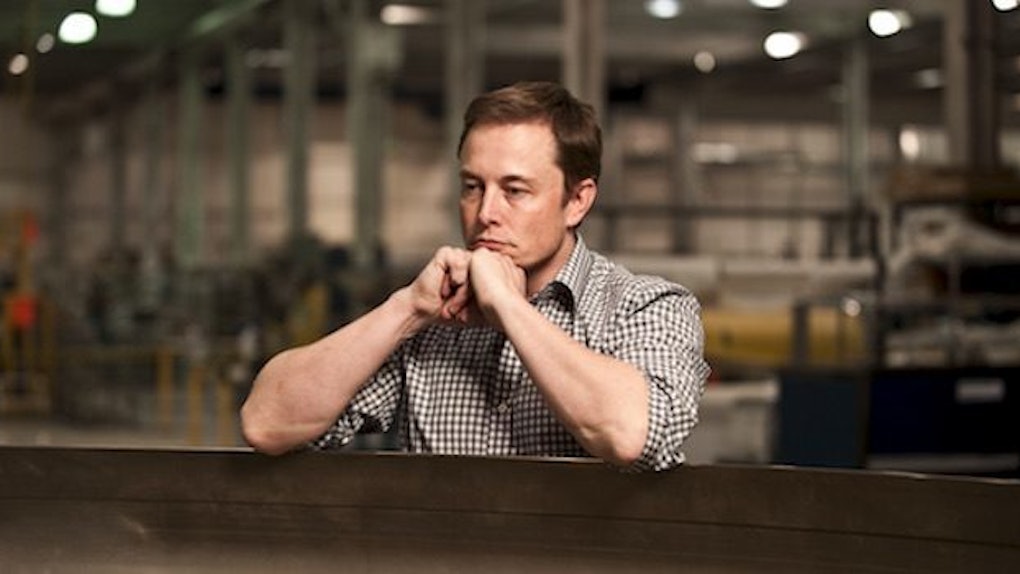 Successful People Don't Live By Quotes, They Live To Be Quoted

I read them from time to time as an extra motivational boost -- a way of nudging myself back in the right direction whenever I begin to question myself and my decisions.

Successful people surely read quotes, maybe even write some down, save them for a rainy day… but they don’t live by them.

They don’t take them to explain all there is that needs explanation.

They understand quotes are never of the full story because, as far as they’re concerned, the only full story that matters is theirs -- and they’re still in the process of writing it.

Successful people don’t live by quotes. On the contrary, they live to be quoted.

They know when to follow and when to lead.

Different individuals have different definitions of being successful.

In a sense, being complacent, following orders, being a cog in the machine can be deemed successful as long as the goal was to do just that.

I, on the other hand, don’t believe a human being can be successful if all he or she does in life is follow and never lead.

If you want to be successful, then I’m afraid you’re going to have to go out on your own -- and yes, it will feel like you’re alone.

Being a leader is the loneliest of positions, but it also teaches us life lessons we would otherwise never learn.

It helps us better understand all those quotes we have written down and, more importantly, gives us the experience we need to write our own. Or rather, it gives others a reason to quote us.

They don't learn by reading; they learn by doing.

There are no exceptions. When you read or watch, you’re simply memorizing. That’s not learning.

You can read all the quotes you want, but until you utilize the wisdom they hold in your own life, in your own experiences, when you come across your own problems, you won’t have learned a damn thing.

Everyone learns by doing -- some people just don’t do and never learn.

The most successful individuals are those who spend so much time doing, trying and failing that they don’t need to bother reading and writing down quotes.

They don’t take the words of others at face value.

This is arguably the most important lesson a person can learn in his or her lifetime.

It took me a while to learn, and I only learned after being constantly disappointed, constantly let down and regularly cheated.

People say things. What they mean is almost always something else.

This isn’t to say all those quotes you love so much are full of lies -- in fact, because they are written word, they’re actually more likely to hold truth and value.

People are better liars when they aren’t forced to visually see their lies. Lying when no one is watching or recording is easy.

For the sake of making that which we say catchy or memorable. Or, on occasion, by accident.

Sometimes we just don’t understand what we’re talking about but shroud that fact with what seems like solid wisdom.

They know when to follow guidelines and when to bend them.

Let me ask you this: What is the pinnacle of success? The answer is creation.

When we create, we are successful. When we fail, we fail to create. The most coveted form of creation is, of course, innovation -- to create something of immense value that has never been created before.

Now let me ask you this: How are you supposed to innovate if you’re following the rules other individuals set in place?

How are you supposed to change an industry, change the world if you are following guidelines left by individuals working in a different time, on a different goal?

Guidelines are good for guiding, but they’re horrible for showing you the way you ought to travel. They give you options or best-known methods.

The problem with this is innovation -- the highest of successes -- is achieved by unknown methods, by seeing options others haven’t yet seen.

At the end of the day, they are their own motivation.

Words of wisdom and motivation are certainly helpful. Sometimes it can be difficult to keep ourselves focused and our perspectives crisp.

Unless you are capable of being your own motivation, however, you’ll never be successful.

Successful people are successful because they do what they do for themselves.

Even when their successes are philanthropic in nature, the fact is that they do what they do because they are the ones who want to do it.

They themselves are the ones with the passions, the drive, the goals. Successful people are successful because they chose to be successful.

Successful individuals are motivated by life and all its endless possibilities. Quotes are nice, but not necessary.