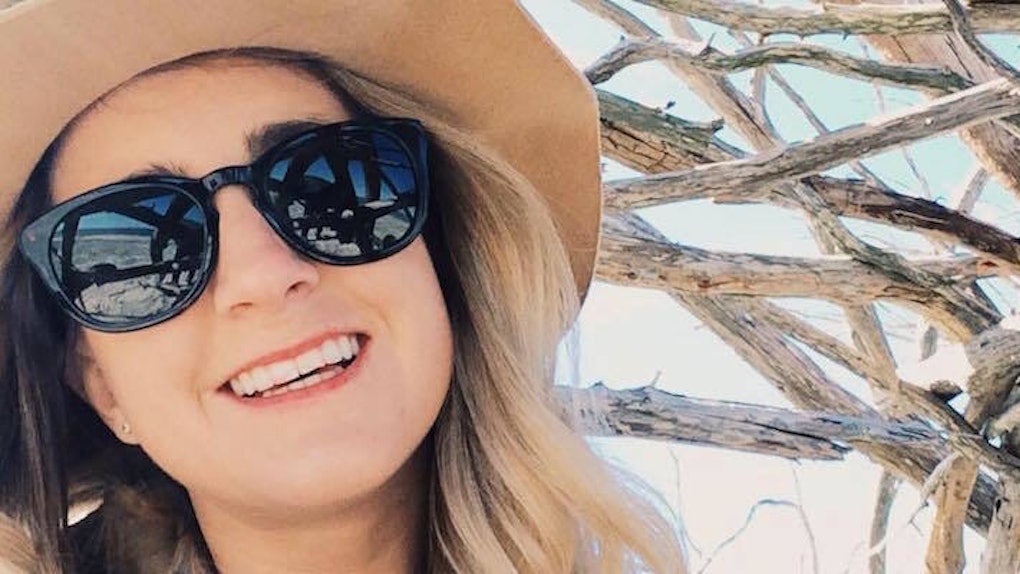 How I Defied Statistics And Became A Female Entrepreneur

My name is Kayla Beckmann. I am 27 years old, a female and CEO of a TV and film production company. I am a statistical anomaly.

Like most Millennial girls, I grew up with dreams of being a dolphin trainer, a marine biologist, a TV news reporter and/or Mia Hamm. I always had big dreams (with the encouragement) of my always-supportive parents, but being an entrepreneur was never one of them.

Heck, even at 25 I didn’t want to be an entrepreneur.

I studied journalism and electronic media in college with hopes of becoming an on-air sports reporter. It was something I knew I would have to work hard and fight adversity for, but that never waivered my decision.

I was the only female to audition for the sports anchor position for my college’s morning news show, and I got the gig; I earned it.

Earning my place in male-centric fields was nothing new to me. I grew up surfing and competed from ages 12 to 22. This was when I was first exposed to pay inequality. Win a pro event as a female, get $5,000; win the same event as a male, get $20,000.

As a teenager and young adult, I could never wrap my mind around why the boys were making more.

This confusion continued after I retired from surfing, graduated from college (as the Electronic Media Student of the Year) and debuted in the professional world.

I landed a position at a small culture/sports magazine where, for a while, I was one of two female employees and the associate editor.

Although I loved the job and my colleagues, the glass ceiling feeling was in full effect. The coveted editor position dangled in front of me for a year, and I constantly heard I was almost ready, but I had to figure out how to not be so “strong-minded” (read: bitchy). Seeing no future, I quit.

After that, I went to an advertising agency. Though I felt much more valued there, I could not get over the fact that a male colleague, who had been there for a shorter amount of time and had fewer clients, made more money than I did.

And, no, this was not due a lack of my deserving it or even asking for it. I was always told I absolutely deserved it, but it was “complicated."

I’m not afraid of working hard. I’m not opposed to working harder than most, male or female, to get to where I want to be. But, working against an opposing force over which you have no control is exhausting. Many women do it every day -- more power to them.

But, I was frustrated, unfulfilled and unforgiving. So, I decided to take matters into my own hands and start my own business.

This was not something I ever saw myself doing, nor had any goal, dream or plan to do. Quite honestly, I was essentially forced into it by wanting not to deal with the bullsh*t and obstacles that came with working in a traditional situation.

I am now founder and owner of my own company. I name my own rate, based on what I feel my worth is.

I make all the decisions and call the shots. It is scary and crazy, but I have never been happier or more fulfilled in my life and/or career.

According to the 2013 census, women make up only 28.8 percent of business owners.

Perhaps even more shocking, according to a recent report, fewer large companies are run by women than by men named John. “Among chief executives of S&P 1500 firms, for each woman, there are four men named John, Robert, William or James… We’re calling this ratio the Glass Ceiling Index,” a New York Times article reports.

Women currently hold 4.8 percent of CEO positions at S&P 500 companies, meaning there are 24 female CEOs out of 500 companies.

So, what is being done? Trailblazing entrepreneurs, like Jules Pieri, founder and CEO of The Grommet, are doing their due diligence to change the narrative of women in the workforce.

Jules was named one of Fortune's Most Powerful Women Entrepreneurs in 2013, and she is not shy about addressing obstacles female CEOs face.

“There’s a sense of having to re earn it every day, as a woman CEO,” she explained in an interview with NPR’s Marketplace in January this year. “Instead of working inside, or outside the box, let’s [as women] create the box. Studies are showing that women entrepreneurs, particularly in the US, are twice as happy as anyone who has not founded a company.”

In a separate interview with the National Center for Women and Information Technology, Pieri offered insight on how to change the conversation.

“I was the first girl in the Detroit Public Schools to wear pants to school," she recalls. “I was really young and I was just mad that it was freezing cold there and I had to wear a dress. I went home at lunch one day and changed. The policy changed the next day. It was bizarre. It was just like somebody standing up to it. I don't know. Something collided but even pretty young people have those kind of opportunities to do something different than the norm and claim it as their own achievement,” she said.

So, that’s all it is: slowly and methodically changing the narrative and claiming your spot.

Since starting my own company, I continually push myself. In fact, I work even harder because no one has higher expectations of me than I do.

And, when I succeed, it's no one's success but my own. I’m okay with the statistics; they're only temporary, anyway.