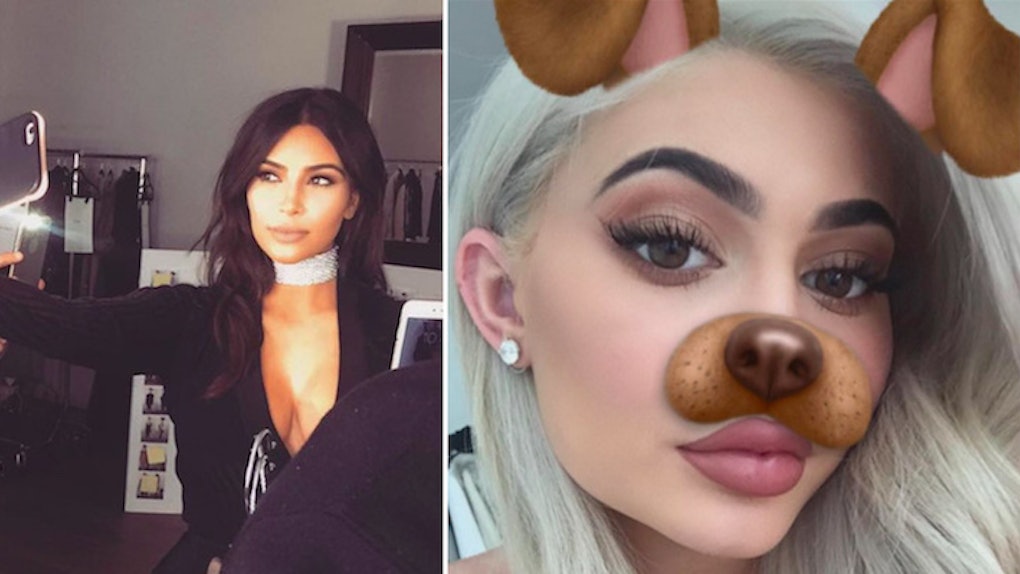 Social media is a wonderful thing. We use it to see what others are up to, so we don't have to call them or interact like real, flesh-and-blood adults.

We also use it to brag about milestones in our lives and rub these proverbial stones in the faces of those less fortunate in that regard. Our hunger for "likes" is insatiable. And to harness these worthless affirmations, we put our best selves forward by hiding our true selves behind curtains of filters and image adjustments.

If you can't tell by now, I'm not the biggest proponent of social media, though I admit I'm on just about everything. This form of media has become a way of life, and not having one would be no different than declining a party invitation, when all you're doing that night is sitting at home watching "Dateline" reruns.

However, I will admit that some users are much worse than others. These people personify the absolute worst, self-serving qualities social media presents. Below are some qualities of the worst offenders:

A candid photo is an image taken when nobody's expecting it. You know what's not candid? Holding a wine glass to your lips, actively posing for a photo, hating it and asking for another to be taken where your hair's covering the zit you didn't know you had.

That's not candid. Rather, that's your failed attempt at candid, where everybody knows exactly what you went through to get that flawless photo.

2. Posting a selfie and insisting you look "terrible."

Everybody knows that, before you posted this hand-selected photo, there were seven others just like it in your photo gallery. Then, you carefully selected complementary filters and image adjustments, making your photo appear as though your skin is flawless and that the image was captured in the '60s.

In other words, you know you don't look terrible. You're just fishing for compliments.

3. Posting an image of green juice, as if you drink it all the time.

NOBODY drinks green juices daily. They're offensively expensive and not even remotely filling. We know just as well as you do that you're taking this photo to alleviate the guilt you feel for spending so much money on something so wasteful.

We also understand that you're promoting a healthy lifestyle, despite eating a 2 pounds of honey-barbecue wings over the weekend. Didn't take a picture of that, though, did ya?

4. Posting an image with too many hashtags.

Yes, hashtags do get you more likes, but as with most things, moderation is key.

Hashtagging the location? Understandable. Using a hashtag to express a joke? All for it. Hashtagging stupid, redundant things, like #boyfriend, #lovehim, #relationshipgoals or #squadgoals? No. That's a little much. Get over yourself.

5. Using a Snapchat filter and posting it on Instagram.

We all know about the one magnificent filter that frosts your lips, whitens your teeth, clears your skin and delicately places a crown of golden butterflies on our heads. It makes us look fucking incredible.

But by posting an image of yourself with this filter — on a separate social media platform, no less — you're basically implying something is real when we all know it isn't.

6. Posting a picture of your exposed cleavage, without mentioning that that's what you're doing.

I wonder why you posted this picture? Could it be that your chest looks absolutely immaculate, like ripe melons comfortably cradled in a bed, dressed in Egyptian cotton? Yes, that's exactly why.

You've made no mention of this obvious fact, though. Instead, your caption only articulates your distaste for Mondays.

Nothing says unnecessary post quite like an indulgent selfie, paired with Top 40 song lyrics. You were bored, and this was unnecessary. Admit it.

8. You made a nice dinner and had yourself a photoshoot.

You're trying to make it seem like you do this all the time, but we're not buying it. You made yourself a nice dinner tonight because you've been eating ramen noodles all week, and you can finally afford it. You, my dear, are no Martha Stewart.

You went on a hike, we get it. A picture of trees is a picture of trees -- they really aren't all that different. Instead of going on an irresponsible posting spree, choose one photo. Just one. Please.

You know exactly who I'm talking about here: the people who post something like “WHAT A DAY!!!” with no context whatsoever, so people respond with “Aw, what's wrong, bb?” or “Give me a call, girl!” This has potential to be the worst quality on this entire list.

11. Posting incessant photos of your baby or your relationship.

You have a baby or a loving partner: Good for you. These two things are interchangeable because they're both often posted in excess with the same goal of wanting attention. You're trying your darndest to portray the Norman Rockwell lifestyle that comes with your darling child and doting boyfriend.

I understand the occasional post. Hell, I'll settle for weekly posts. But unfortunately for everyone, this is rarely the case.