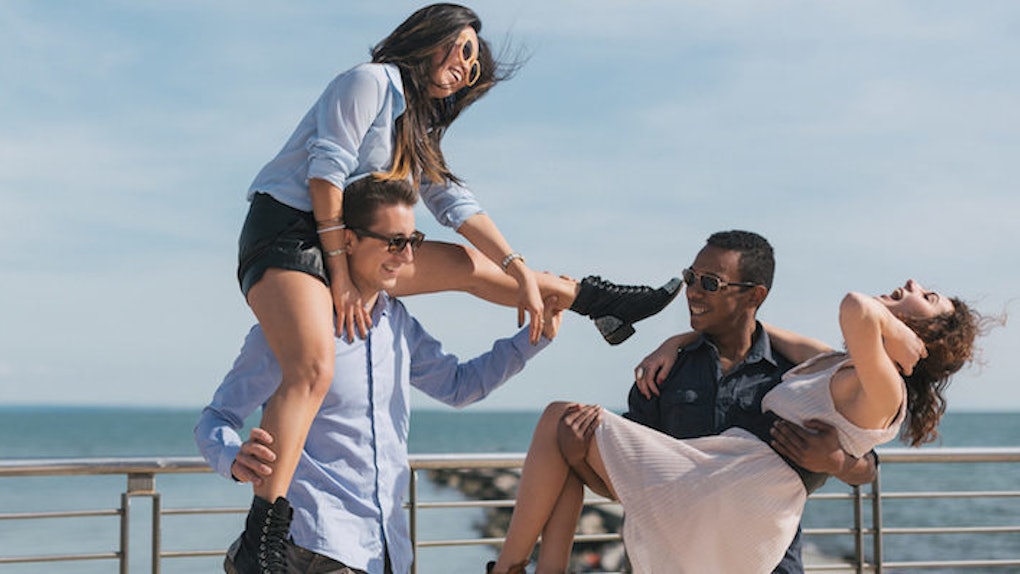 I think it’s pretty safe to say my perspective on women has changed quite drastically since my time at college.

Most guys enter college as boys, so it’s pretty par for the course that our views on women lacked a general sense of maturity as well.

But that’s what college is for, isn’t it? Learning.

And after four years -- chock-full of various mistakes -- we can only hope that by the time we grab our diplomas, we’ve learned a little something on what it truly means to be an adult.

Still, there are times I wished I bore the knowledge -- and life experience, in general -- I do now, when I was just a freshman on campus. Especially when it comes to women and dating.

I wish I knew half of what I know now about women back when I was in school. It would’ve saved me a lot of heartache -- and even more headaches.

But, hey, again, that’s part of learning -- hindsight will always be 20-20. Without the mistakes I made in college, I probably wouldn't have learned the things I know now.

When it comes to women, the focus should be on quality, not quantity

Success with women has nothing to do with the amount of women you bed on a weekly basis. It’s deeper than that. When it comes to women -- or relationships of any kind, really -- the focus should always remain on quality, not quantity.

Although sleeping with as many women as possible may sound like a great idea in theory, it’s probably not going to result in you making any substantial connection with any one lady.

If I knew this back in college, I’d have spent less time pursuing women and, instead, more time with those I actually had an interest in.

After college, you’ll understand the importance of developing a connection with another person on a deeper level than just physically.

College doesn’t do a very good job of preparing one for that experience during your four years at school, but you’ll learn soon how insignificant your "number" truly is.

In college, it’s easy to jump into relationships with women out of convenience. You’re both on the same campus, and you go to the same classes. It’s easy to be “together” with a woman when you’re physically stuck together with her in some random city upstate.

Just because something may seem convenient, however, doesn’t always mean it’s what’s best (for either of you, that is). Before rushing into a college relationship, make sure you devote some time into figuring out yourself, first.

College is a time of extreme development -- the person you entered school as will probably not look too similar to the one who ultimately grabs that diploma. Make sure you’re aware of the changes in yourself, and apply those to the type of person you’re looking for in your significant other.

Women want a man who knows what he wants -- make sure you know what you want before you go out and try to find it.

Any woman you’re interested in, you need to be ready to put before everything...

Like I mentioned above, a lot of people hook up in college out of convenience -- and, subsequently, the relationships never last long or are even taken too seriously.

Since graduating college, I’ve learned how valuable time and emotion really are. Unless you’re fully invested into a woman -- and could see yourself spending the rest of your life with her -- don’t waste your time if you’re not truly about it.

In order to be successful with relationships, you need to be willing to put her above everything. If you’re not at a place in your life where you’re able to do that -- or she’s not a woman you’d necessarily be willing to sacrifice things for -- then you’re probably just wasting your time.

College makes relationships seem easy. But they’re not easy, and you can really only learn that once you get to the real world.

... But still have your own life

While it’s important to prioritize your girlfriend at the top of your list, it’s equally important to avoid losing your sense of self. Oftentimes, college can feel like a bubble -- one isolated from the rest of regular society.

When this happens, it becomes easy to lose sight of other things. Keep your perspective broad, and never lose sight of the fact that your relationship is just one aspect of your life.

If a relationship is going to prevent you from having the drive to go out and achieve the things you’ve always wanted, then it’s time to take a step back.

Make sure you spend your time in college chasing your dreams -- not necessarily a woman. You’ll have your entire life to do that, but college is a four-year thing; once it’s in your rear-view mirror, it’s not coming back.

This will pay dividends for your relationship too. While the couple who spends every waking moment together may appear to be happy, it’s usually not a recipe for success.

These types of relationships have the tendency of encroaching upon obsessions, and as we all know, it’s never long before an obsession turns sour.