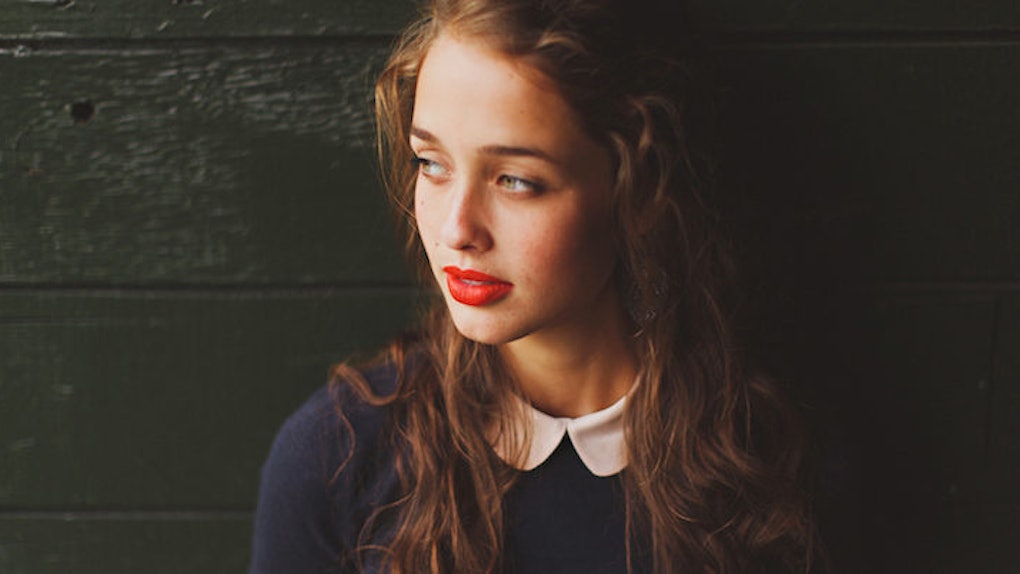 I was once similar to many little girls. I loved horses, Beanie Babies, flowing dresses, ruby red slippers and rainbow sprinkles.

I watched Nickelodeon and the Disney Channel, and I thought I had an idea about how the world was supposed to work.

For many, life follows the expected ups and downs while growing up.

There are best friends, sleepovers, challenges at school, cliques, first dates, getting a driver’s license, prom, parties, the college life and graduation.

It’s the typical, pre-determined, picturesque American life. But, when you are too young to fully comprehend the curve balls life can throw at you, said life is one you not only want, but also expect.

I vividly remember my elementary school days. I went to school with my own style but a shy personality.

I was overwhelmed by my surroundings, and I was quick to learn people are not always nice.

Or maybe, I was just in the wrong place at the wrong time.

I never missed a day of school, though, and I was your stereotypical straight-A student. But, as it slowly sank in that I was a loser and loner, I felt compelled to be exceptional at something.

I used my natural talent for tennis and horseback riding to boost my self-esteem and mask the girl I had grown to hate.

All the while, I continued to watch TV shows and movies such as "Lizzie Maguire" and "Mean Girls."

I thought that maybe once I got to middle school or high school, I could be living the life I wanted.

Maybe then, I would have friends, would be popular and would understand the way the world works.

In fact, I was a rejected kid, a bullied kid and a depressed kid. No one knew of my unhappiness. How could I actually admit to my parents, peers or coaches that my life simply sucked?

But, what I did instead was much worse. I abandoned my dreams based on great expectations, and I personally created unrealistic expectations.

It became clear that gaining the approval of my peers, which was what I craved most, was not going to be an option. I took that pain of rejection and turned it inward:

“You have to be the number one ranked tennis player in the entire professional world. You have to have a body like Anna Kournikova to be beautiful, popular and the center of attention. You have to be the very best to stand out. And if you don’t meet these standards, you are a complete and utter disappointment.”

It sounds pretty funny reading this, right? My all-or-nothing thinking would have won a Pulitzer Prize for drama.

The pressure I placed on myself extended into all areas of my life.

This, of course, guaranteed a road to failure. But, maybe, that was easier than continuing to hope for something good in my life only to be hurt again. At least, in a sick way, I could control and predict this failure.

I wanted to be the best at everything. I thought it would make up for my supposed flaws as a human being.

I wanted to be first in tennis, first in horses, first in my academic class, be admitted to my first choice college, be first to graduate and first to live a dream life that was becoming nothing more than a delusion.

And so, with this fantasy thinking, I eventually caved. I couldn’t live up to such standards. My guaranteed failure manifested itself into reality.

“Yeah I lost the tennis tournament because I didn’t eat enough, otherwise I would have won.” “Yeah, I don’t go out to parties because there might be food I don’t want to eat, or otherwise I might actually make friends.” “Yeah, I might have some commitment or responsibility, but my eating disorder got in the way, or I would have fulfilled it.”

It saved me from the crippling pressure I placed on myself, and it also helped me to avoid the pain that lied beneath.

I didn't have to face the fact I felt like a friendless loser who couldn’t figure out the way the world worked.

But, time didn’t stand still for me. Instead of living the typical high school life, I found myself spending my time in and out of eating disorder treatment facilities.

Instead of signing a scholarship acceptance letter to play collegiate tennis, I was signing a contract saying I would maintain a minimum healthy weight.

My life had passed me by all too quickly. Since I only saw life in terms of black and white, there was no gray area or middle ground. I had accepted I was a failure, and it was too late.

I would never get to experience high school the way many others would. It was too late.

I would never get another chance to go to prom. It was too late.

I would never be a well-known personality in the tennis or horse world. It was too late.

I pathetically made my way to my freshman year of college only to be forced to leave because I was so sick with anorexia. It was too late.

I spent months in the hospital and ICU, and all my hair had fallen out. I had to relearn how to walk, and my liver and organs started to shut down.

It was too late to achieve anything or to save my life.

Remarkably, I didn’t die. But at the time, that didn’t mean anything to me.

Only a little over a year later, I was clinically obese. Again, it was too late.

As time continued to pass, I appeared to be more normal. But, behind the scenes, I was living a hopeless and tragic life filled with bulimia and self-hatred. It was too late.

I saw my graduating high school class posting pictures of their college graduation. It was too late.

I saw girls I used to compete with and beat in tennis turn professional. “Yeah, time to throw tennis out for good.” It’s just too late.

I saw riders I used to compete with in dressage move up with top-level horses. “Okay, forget that dream, too.” It’s too late.

But, as I was watching the world pass me by, I was doing something I didn’t even realize: I was learning, I was witnessing, and I was physically and mentally putting my self back together.

I felt as if I had survived a major war, was spit back out into a foreign country and expected to live a normal life.

I was the poster child for “hopeless,” but I wasn’t ready to truly take that identity to heart. So, what did I do?

I took my shattered pieces of a person and put one foot in front of the other. I walked like a toddler taking her first steps.

It was ugly, and I often fell flat on my face. Regardless, I picked up my tennis rackets again and went on to compete in tennis tournaments. I got back in the saddle and rode with a new strength and passion.

I decided to go public with my battle with eating disorders, and I wrote a memoir I plan to publish.

I found people whom I can truly call friends. I went back to college and set foot in the very environment that broke my heart when I was only a little girl.

I am not a Victoria’s Secret model, and I am no Oprah. But, I am starting to accept that the life I am living is absolutely good enough.

My life thus far is the definition of the road less traveled. I am a survivor, and I am someone who has proven there is no such thing as being hopeless.

I have been given a new beginning, and the way I view life now is drastically different than I ever previously imagined.

I often feel as if I’ve lived a hundred lifetimes, and sometimes, people mistake me for being much older than I am.

But, this doesn’t mean I have all the answers or am perfectly okay.

I am living. I am feeling. I am uncovering the trauma I experienced layer by layer.

We are all human, and we are all doing the best we can with the good, bad and ugly.

We think we are supposed to have life all figured out with some grand purpose. To me, that is a load of crap. Our purpose in life is often found in the darkest and most unexpected places.

The greatest gift you can give to both yourself and the world is to live a life that aligns with your heart.

So, never tell me you are too old, too ugly, too stupid, too fat, too skinny, too f*cked up or that it’s too late. Because I will look you in the face, smile and give you a big hug.

Greatness isn’t born from living a “normal” life that went according to plan.

Greatness is born from overcoming obstacle after obstacle while screaming to the sky, “When the hell is life going to get easier?”

Life never gets easier; you will only get stronger. You challenge who you think you should be, and you fall in love with the reflection staring back at you.

If you were to look at what I've been through, you would think it would be too late for me. But, I'm still here, standing and telling you it’s only the beginning.