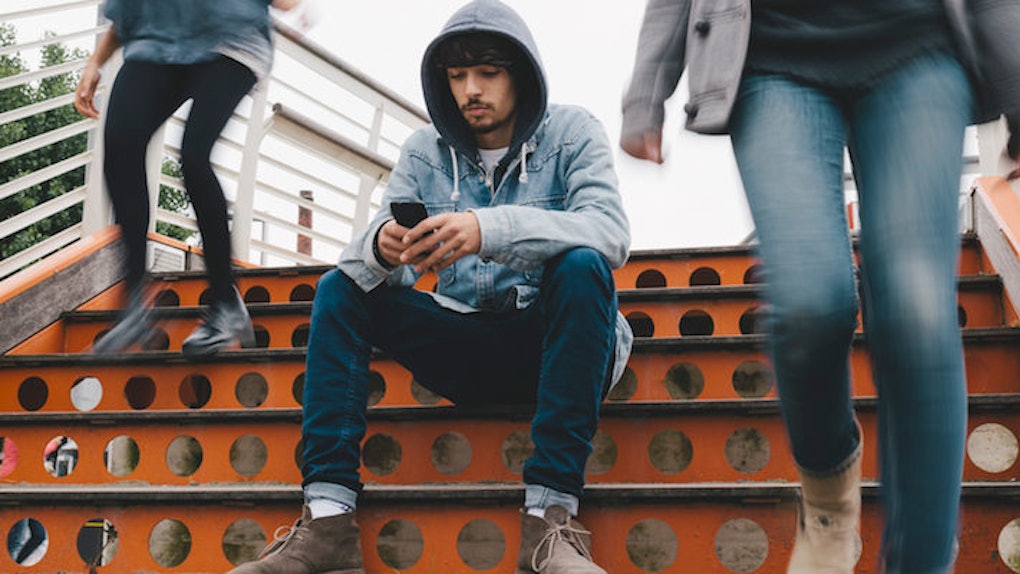 Why Talking On The Phone Is The Worst Thing Ever

For years, my father would tell me “Dan, you really need to delete your voicemails.”

“How can I reach you,” he’d challenge, “if every time I try and call or leave a message, your voicemail is full?”

No matter how many times I tried explaining the premise of “SMS text messages” to my father, it never seemed to click. If he wants to try and reach me, he will call me. Point blank. Period. As frustrating as this might've been for me in college, I just chalked it up to him being old fashioned.

See, my father -- and yours, I imagine -- comes from a time when text messages didn’t exist. I mean, the majority of our parents grew up during a time when cell phones, in general, didn’t exist. When they were your age and they wanted to contact their friends, they’d just knock on each other's front doors or meet outside in the street. There surely weren’t any “group texts” back then.

To the generation before us, the idea of sending a “text” message may seem sort of, I don’t know, impersonal.

That being said, for us “Millennials,” in the year 2016, texting is far from a secondhand form of communication. It’s just more convenient, that’s all. The idea of picking up a telephone and having a full conversation from start to finish has become outdated.

Nobody wants to have “full” conversations anymore; we want to get our message across as quickly as possible and move on with our day. When you’re just looking to catch up or shoot the sh*t, it’s simply easier to send a text then engage in an entire conversation over the phone.

If you’re watching a football game with some friends, you might be capable of having a conversation with someone else who’s not there...but probably not over the phone. Not only would it be distracting for you -- but it would be extremely rude to all of the people you’re with, too.

Sure, you might want to speak on the phone on certain occasions, but sometimes circumstance makes it difficult, which was the case for many of those times I was mentioning back in college, when my parents would call me.

I lived in a f*cking frat house for krissakes [sic]. It wasn’t always easy to pick up my cell phone and have a nice quiet conversation. Although, sure, I wanted to talk to my parents, but given my surroundings, it was just more sensible to have that conversation over text, especially if it was regarding something fairly insignificant.

Today, I feel like phone calls mean something entirely different from what they might’ve five, 10 years back. Nowadays, the only time I expect a phone call is when there’s an emergency of some type. If I see a call from someone (outside of my parents) at, like, 10 pm on a weeknight -- I’m expecting to hear something urgent.

If my buddy calls me just to tell me that Carmelo had a good game...my response would probably be something along the lines of, are you kidding me, dude, I watched the game -- couldn’t you have just texted me that?

See what I mean? Certain things don’t require a full phone call. Phone calls are ordeals; they tend to make me anxious. Trivial bits of conversation should be left to text messages.

Whenever somebody I don’t really love calls my phone, I instantly start thinking of the quickest exit strategy -- usually easier said than done.

Once you’re engaged in a telephone conversation, you need to constantly come up with things to speak about to avoid awkward silence. And it ain’t like you’re sitting back on the couch with your boys discussing the best plan of action cumulatively -- you need to think on your toes and respond on site.

And if you’re speaking to a woman you’re interested in, you need to be extremely careful of the things you say before you say her. Texting, on the other hand, allows you to compose yourself before saying something you may regret later.

In short, if you’re looking to contact a “Millennial” (there’s something so funny about that word), shoot him or her a text first. Don’t take it personally. Like we’ve discussed, there are a number of reasons someone might not be answering your call -- none of which rest with his or her hatred for you.

It’s simply a changing of the times. While phone calls might’ve been the premier form of communication -- even just a few years ago -- people today are growing further and further apart from verbal conversations, as eerie as that sounds.