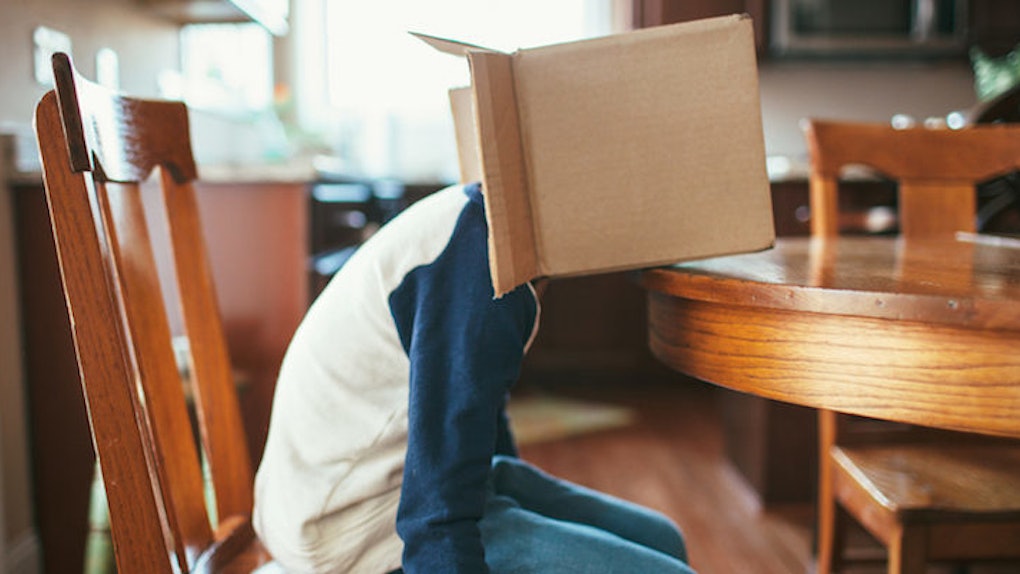 I did not take them, and I’m far enough out of the dark place now that I won’t. Buying them was almost more of a safety net, so to speak.

I’m not good at breakups. Let me explain.

It’s going to sound screwed up to most of you, but to those of you like me, it’ll make perfect sense. I’ve often been depressed and suicidal without ever being truly suicidal.

Have I had suicidal thoughts? Sure, more times than I could try to count. Have I thought about how I would do it? Obviously.

Of course, the margin of error that exists in most methods is enough to give anyone pause, even someone seriously considering it.

Nothing is more frightening than the idea of not succeeding and ending up still here, alive on this earth, but far worse off than you could have ever imagined before.

Still, despite all this, I don’t think I’ve ever truly wanted to die. I’ve used the idea as a coping mechanism more often than not. I know my history, and I know I will rise out of my depression at some point.

I've been pretty low, I won’t lie. But no matter what, the thought of how much I would hurt my family and friends always keeps me from doing anything rash.

Is it screwed up to be miserable and depressed, and deal with it by thinking, "It’s okay. If none of this works out, I can always just off myself”? Yeah. It's not a good place to be; I’m aware.

Strangely enough, though, it was just the thought that comforted me.

I liked knowing there was a way out if I couldn’t take it anymore, if it just got too bad. Deep down, I knew it was never really horrible enough to pass up the experiences of my life to come.

I’ve had moments, but no matter how terrible I felt, I always told myself:

Not today. You have plans to look forward to next week. You’re doing something fun the month after that. You’re going to visit your family soon. Not today. Wait and see how you feel tomorrow.

So, that’s how I was dealing. I was living miserably in limbo. I was unsure how to change it, but afraid of feeling that way forever. I was treading water and barely keeping my head above the surface.

I wanted to be happy, but I had no idea what to do to achieve that. The fear of nothing ever changing — of drudging along forever in the same rut — makes you suicidal. It's the fear of never feeling any better.

Then, it happened. I lost the person I love, and I became really sad, despondent.

I tend to get very codependent in relationships because of my own crap, and I have an enormously difficult time dealing with loss because of my abandonment issues.

I could go on and on about all the reasons why I react how I do, but that’s not the point. The point is I started stockpiling allergy medicine because it made me feel like there was a way out of the pain.

Some would call it cowardly; many will never understand.

Unless you’ve been in it, it’s difficult to see why someone would be so wretchedly unhappy. Once you’re in that place and see no point or value to your own existence, it’s hard to crawl out.

What happened next was more important. I did not stop feeling sad, missing him, or wanting more from my life than what it is currently. I simply knew I had no choice.

If I did not change my own perspective, drastically, I would not make it.

I began to take ownership and control over my thoughts, my mindset and my existence. It was a matter of life or death, and I chose to fight for life.

A friend got me started on Buddhist meditation classes, which have helped me enormously. I returned to therapy with a clear vision of what I want to achieve. I know exactly why and how I’m screwed up, and that I simply need tools.

It’s not helpful to understand what’s wrong with yourself, if you have no idea how to change it. I’m learning to be mindful of my thoughts and see others with love and kindness, as opposed to negativity.

Basically, I've realized everything I’ve thought about what I want and need for the past several years is no longer true.

I've put myself in so many boxes, and I never saw I was only hurting myself. This knowledge is terrifying, but it's also exhilaratingly freeing.

I have no permanent ties to my current city and occupation. I could pick up and start all over somewhere else, if I so choose. I’m not saying it would be simple, but it’s a possibility.

All of this isn’t magically happening overnight, and I still have my share of low times and rough days. It’s all a work in progress, and I have to be patient (not my strongest suit).

I will say my typically high anxiety levels have mellowed out dramatically since I started meditating and changing my outlook. If enough people tell you you’re negative, maybe you should start investigating.

I got sick of hearing it. I have no desire to appear or behave that way. I simply got stuck in my bad habits, and I was too lazy to work on them, until now.

I’m saying that when it gets bad – and I know it gets terrible sometimes – you have to make a conscious choice to fight. Fight for yourself. Fight for happiness.

It’s not always easy, but it’s worth it. Please, don’t give up on life.