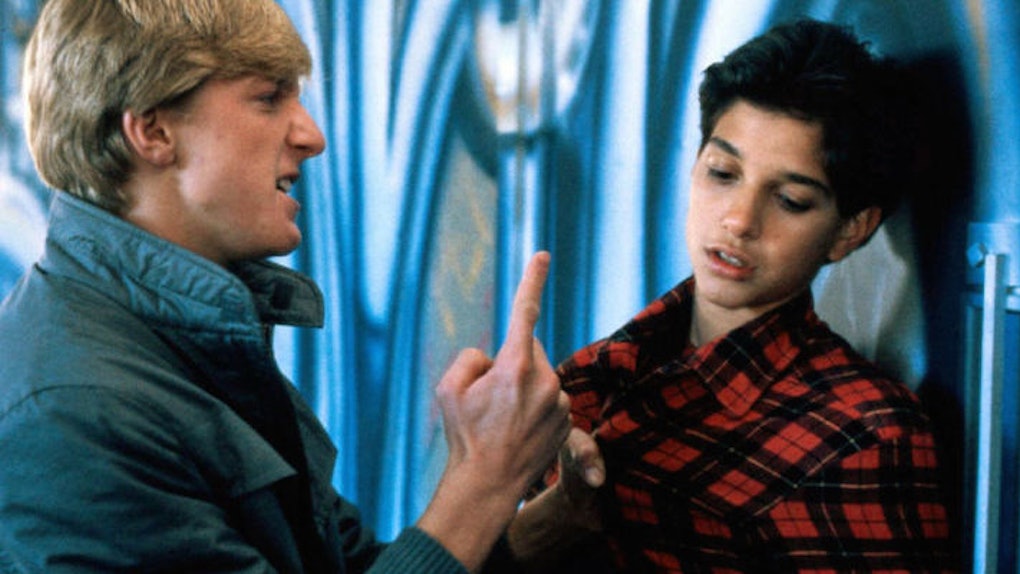 Strong And Unbreakable: What I Want My Middle School Bully To Know

It’s been 11 years since the darkest moment of my life — the moment you caused.

It was the same week when you spilled black paint all over me during our first period art class like my body was the canvas for your artwork of hate.

The whole day, I roamed the halls flaunting that artwork. Everyone saw. Everyone pointed and laughed.

Everything about that day made me feel like I was one inch tall.

Every night of our 8th-grade year, your words sang me to sleep in the most haunting of ways.

As I watched the paint stain my white sweatshirt and dignity, you sang to me the loudest with those words you called me every day.

At the end of, still, the worst day of my life, I reached the lowest point anyone could reach.

Over the course of the year, I thought of ways I could escape you.

While I laid in bed that night, I thought about the three options I had narrowed down.

1. I could defend myself. I could tell you to leave me alone, but I had no doubt that you would leave me with actual bruises on my body. So, I didn’t like that idea.

2. I could run away. Ideally, I was thinking Key West. Not only is it tropical with crystal blue waters, palm trees and warmth all year round, but it is the southernmost point of the continental US, meaning it is so far away from you. But I didn’t like that idea either because I didn’t want to abandon my dog and cat.

3. It was right in front of me in the form of a variety of over-the-counter pills stashed in a kitchen cabinet. The painless way to go, right?

I grabbed a bottle and dumped a handful of aspirin in my hands. There must have been 15 maroon colored pills that would have ended everything in, what, an hour?

But, what was an hour compared to almost 180 school days of hearing how worthless I was, how my parents didn’t love me and how my friends didn’t love me.

And you told me that at least three times in one school day, which meant I would hear you tell me how worthless I was a minimum of 540 times that year.

After staring at those pills in my hands for five minutes, picturing my own death and how everyone in my life would react to it, something weird happened.

It was as if I finally woke up, and the nightmare I experienced was right in my hands. It wasn’t the right option at all. I quickly put the pills back in the bottle and ran up to my room.

That’s when I decided I wasn’t going to let you win this. I refused to let you get the best of me.

I was going to live through this because I knew I had friends and a family who loved me.

There was more to my life than my 8th-grade year; this year wouldn’t define my whole life.

You weren’t going to define my whole life.

So when that weekend ended and I had yet another week to survive you, you approached me in math class in another attempt to push me even lower than I was.

“You know I heard a rumor the other day,” you said with that smirk you always gave me right before your insult, as if you deemed yourself a wordsmith or literary genius, “that your parents don’t even love you.”

I almost broke my pencil. After hearing that more than 540 times, I wanted to say something mean.

I thought I deserved to say one awful comment back to you, something mean enough for you to never want to talk to me again.

I was finally ready to stand back up on my two feet and take my life back.

“You know I heard a rumor the other day that if you were to die, nobody would care,” I said back.

To this date, it’s the meanest thing I’ve ever told anyone, and if were to anyone else I would severely regret it. But honestly, if I could go back in time, I would repeat the same words to you, but only because it resulted in you never speaking to me again (after you threatened to fight me and I declined).

You probably haven’t thought about me at all since 8th grade, but don’t think just because we haven’t exchanged words since then that you’ve vanished from my life or I’ve forgotten about you.

You’re very much still a part of my life, as much as the people who I see every day.

Why? Because constantly thinking back on you and that year made me who I am today.

For the longest time, I wondered how someone could be so awful to any human being, and not only sleep at night, but actually consider him or herself a valuable part of society.

I wanted you to feel so guilty that being the scum of the earth would be setting the bar high in your world.

But, I’ve realized something since then. After the hundreds of insults you said to me and all the times you made me cry myself to sleep, I want to say just one thing to you:

When you’re 14, words hurt twice as much because we haven’t yet built our defense systems, and at the time, I really felt like someone walking around with thousands of stab wounds all over my body, my heart and my mind.

Well, you were the first person who taught me the art of defending myself.

After standing up to you — still the meanest person I’ve ever met —, I know that I can stand up to anyone, and I should, or nothing will be resolved.

If I hadn't, I would still be someone’s doormat, and I don’t deserve that.

I never understood girls like you. Girls who could go out of their way to be mean to someone who never did anything to deserve that kind of vengeance.

I’ve come across mean girls since you, girls who spread rumors about me or girls who made mean comments about me.

If I didn’t know how it felt to be on the receiving end of so many mean comments, I could have easily ignored my mental filter and been equally as mean right back to them.

But, you taught me that words and actions have consequences, and being mean to someone, for whatever reason, didn’t add any value to anyone’s life.

There’s simply no purpose for it, and that’s why I try to live my life treating even mean people as nicely as I can, even at my angriest times.

Hardly anyone deserves mean comments, and I don’t want my words to ever cause someone as much pain as you caused me.

I can finally say that I’m thankful for you and my 8th-grade year.

Sometimes, you need to explore the darkest corners of your mind to understand how beautiful life really is.

And, if you didn't lock me there for a year and strip all the colors from my life, I would have never been truly grateful for all those friends and family members who stuck by me through thick and thin, through middle school awkward years, to emo music phases, to political rants they might not agree with.

Most importantly, I’ve learned from you that after rough times, it’s possible to revive your dignity that was lost in the storm.

I built my confidence, built my life back and myself all from scratch, from the debris you left me.

It took me years to do that, and I don’t think I truly accomplished it until college.

But you know what? I’m okay now. I’ve been fine for years.

I know I’m loved. I’m not pathetic, I’m not worthless and I’m only a loser when I spend the whole day binging on Netflix.

My life is far from perfect, but I still consider it a great one, and I’m unbelievably grateful I put those pills back so I could experience it.

Still, to this day, I’m not sure why you bullied me.

Maybe it was because I was the shy girl who wouldn’t say anything, but for whatever reason, it’s pointless now.

I’m not sure if you even know you made me want to end my life, and if you did, I'm not sure whether or not you regret it.

But despite that, you’ve made a huge impact on my life. You taught me that everything happens for a reason, and now I realize and appreciate that reason for the worst year of my life.

Your bullying made me a stronger, better and kinder human being.

So thank you, Bully. You were worth the battle, and I wouldn’t be able to look at myself in the mirror and be proud of who I am today if it weren’t for you.