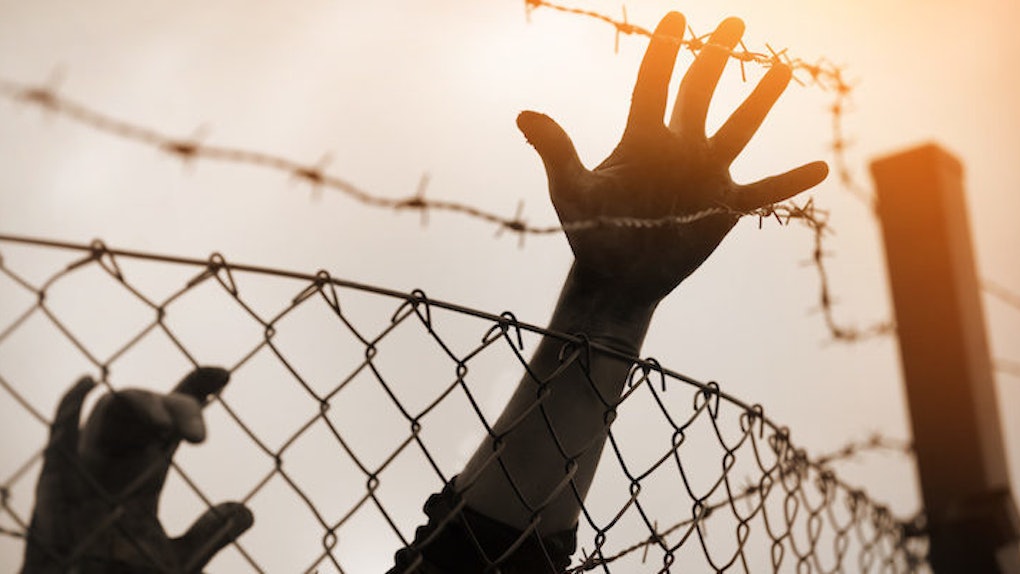 5 False Stigmas About Refugees That Only Create Discrimination

Unfortunately, the wrong idea about refugees has been spread across America. The problem is, so many people jump to conclusions and make assumptions out of fear, without taking the time to educate themselves about the situation at hand. This is exactly how terrorists gain so much power.

For those of you who don't know, the Syrian Civil War has been going on for five years, and there are 4 million refugees as a result. Protests began as peaceful progress for democracy and freedom. The President Bashar al-Assad (sounding familiar now?) responded with violence.

To summarize: The Syrians wanted Assad to resign. He refused, sparking unrest throughout the country. This set up a perfect opportunity for ISIS to move in and flourish.

The world is now facing a refugee crisis, and it's time to make yourself aware about the facts and realities of who the refugees are, in addition to who they are not. The terrorists are capitalizing on the fear of Islamophobia already instilled in many Americans after 9/11. Don't be a part of this wrongfully growing movement.

Here are five false beliefs about refugees to get you started:

After the tragedy of the Paris terrorist attacks on November 13, 2015, it became a widespread belief that all refugees are terrorists. It's still largely thought that the ISIS members who performed the attacks were either refugees or using refugee documentation to get in through the border.

The only thing that has been confirmed about the attackers is the fact that they were French and Belgian nationals. Because they are European, they would not need fake Syrian passports to enter the EU. It would only make things more difficult for them because they were already legally allowed in France.

Why was a fake Syrian passport found with them? That's up for speculation.

ISIS hates the refugees and wants the world against them, but it's not proven that the passport was "planted." What I'm trying to get across is this: Refugees did not cause the Paris attacks.

France has even started accepting more refugees after the incident, in an effort to assist those who are fleeing from the very same people who attacked their capital. If France can understand that, why can't the United States?

When it comes to refugees in America, research shows 81 percent of ISIS-associated suspects in our country are US citizens. None have been from Syria. It's time to get things straight here, and we must acknowledge that the word "refugee" does not mean "terrorist."

2. They're going to take our jobs.

Before you start pointing fingers about job-stealing, realize it's nearly impossible to gain citizenship in the United States as a Syrian refugee. It can take anywhere from a year and a half to two years — including extensive background checks — in order to be allowed into our country.

Someone who wants to come to our country now likely won't be stepping onto American soil until 2018, if he or she survives until then. In reality, only about 2,100 refugees have been allowed to resettle in the US since the beginning of the Syrian Civil War in 2012.

Also, if you have a job that you expect someone is going to come take from you, it's time to either start working harder or get a new job.

3. We need to take care of our own people first.

As Americans, we do have our own problems. Does America need to go around fixing the world? It's ignorant and narcissistic to think that's possible. However, it's also ignorant to say that we should fix all our problems before being able to help or offer assistance to anyone else.

Do not limit us to only offering help to one group. Is a reformation necessary to ensure that our vets get the proper help and recognition they deserve? Absolutely. But why should that mean we need to turn our backs on everyone else?

4. They aren't the victims.

The word "refugee" means seeking refuge. A refugee is someone who is no longer safe or welcomed in his or her country. Where else is this person going to go?

Should we put them in Europe's hands? Germany itself has accepted over 38,500 refugees. There is no space over there for them.

Should we leave them where they are? These people will be dead. This isn't a question or possibility. It is a fact. They are the victims in this situation.

The fear shaking the uninformed is ISIS. It's working.

The refugees have the same enemy we do. By shutting them out, we're doing exactly what the enemy wants. ISIS grows stronger with each person who believes Islam should be rejected from Western society.

How can we fight ISIS if we're confusing all Muslims with them? We need to be very clear about who exactly we're up against here.

They are not only refugees; they are humans. Humans include the elderly, children and women. They are humans with friends, feelings, talents, intelligence and lives that have been stolen from them.

They are humans who have nowhere to turn to, and they constantly live in the fear that death is just around the corner. They are simply humans who are running from an enemy, but they are being accused of being the enemy.

There have been refugee crises throughout history. (World War II, anybody?) Unfortunately, this will likely not be the last.

What we can do, however, is prevent history from repeating itself. We can look back and see where we've gone wrong, and we can remove our doubts about those seeking help.

Maybe it looks different because we have a different perspective. We are actually living this one, rather than reading about it in our textbooks. But the reality is, there are far too many similarities. The more backs that turn on the crisis, the more deaths that will occur.

Let's set the record straight and realize where the real threats lie. Most of the people who believe we should be against refugees (or Muslims) do not know the truth about the situation. They're simply agreeing with the things they hear from (cringe) some presidential candidates and other people who are unaware. If more people in our country understand the realities of the refugee crisis, the more likely we are to resolve it.