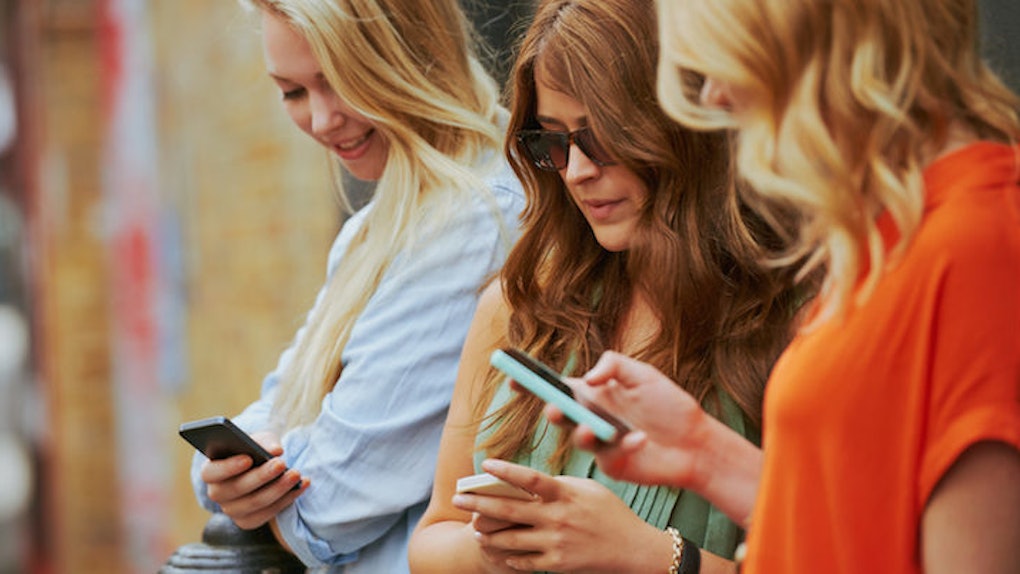 Eat, Sleep, Retweet: 5 Benefits To Being Addicted To Social Media

We're all guilty of loving our phones or computers a little too much, right?

I feel a constant compulsion to check my email, text messages and social media feeds throughout the day. If I go too long without checking them, I worry I've missed out on a major event, or even just a funny photo.

But is this obsession such a negative thing?

Although it's regularly seen as negative, social media and the Millennial generation's growing addiction to it has a lot of benefits.

From advancing our careers to improving our mood, social media is the future. So read up, and then spread the good word (digitally, of course):

1. Your attitude is contagious (in a good way).

Researchers at the University of California San Diego carried out a massive study on social media from January 2009 to March 2012. Their goal: to discover whether emotions were as contagious in an online setting as they are in person-to-person contact.

After collecting data for over three years, they learned that emotions do spread online, but happiness spreads more effectively than other emotions.

So basically, all those cute dog videos you share are making other people happy. Looks like my good deed is done for the day.

2. Social media gives you a sense of belonging.

Do you feel that familiar FOMO when your friends post photos without you? Good news: You're not alone.

A study done at the University of Queensland allowed one group of subjects to continue posting regularly on social media, while the other group was allowed to view social media, but could not interact with it.

Additionally, the group which was able to post, but not receive feedback on their posts (no comments or likes) reported a lower sense of belonging and lower self-esteem.

The takeaway from all of this? Being able to post and share things on social media gives us a feeling of purpose, and a way to feel connected with those around us.

Wedding Paper Divas reported that in 2013, the average wedding guest shared 22 photos of the event on social media. This was during the early stages of wedding hashtags and Instagram.

Older generations have only a few photo albums to commemorate their lives and the important events they went through. When us Millennials reach old age, we'll have no shortage of photos and videos capturing our journey through life.

Some could argue that constantly documenting our experiences is taking away from our ability to live life to the fullest, but I believe this is a monumental benefit of living in the 21st century.

I have memories that will actually last a lifetime, all thanks to social media and the Internet.

The Huffington Post reported in 2012 that 55 percent of teens between the ages of 13 and 17 felt Facebook and Twitter opened their eyes to the experiences of others.

This isn't surprising. The Internet and age of social media allows us to connect with people from all walks of life, like never before. This increased contact has created a generation of individuals who are more aware of the world around them, not to mention more compassionate.

Viral stories like the one about Cecil the lion spread like wildfire, and suddenly, we all know about a poacher who broke the law in Zimbabwe. Twenty years ago, we wouldn't have had a clue.

By sharing articles and writing personal posts on websites like Facebook and Tumblr, we're spreading information and stories around the world.

5. It can advance your career.

If you're a 20-something with (or without) a job, chances are you're on the professional social network, LinkedIn.

While the phrase "social media" tends to bring to mind viral videos and funny tweets, it's important to remember it encompasses so much more than that.

Having a LinkedIn profile can connect you to employers and business contacts in every field of the business, and could be the reason you get a job.

Additionally, a study by McKinsey & Company discovered that 56 percent of executives think digital engagement with customers is a top 10 priority of their company.

As a job candidate, proving you have a strong social media presence and a grasp on how to connect with people digitally could be the reason you're hired over someone else, especially in fields like communications and marketing.

Maybe Millennials like me spend a little too much time sharing things on Facebook and spreading hashtags on Twitter. But that doesn't have to be a bad thing.

You probably found this article on social media, and clicked on it because you were curious. If you liked what I wrote, you'll probably share it. If you didn't, you still might share it, just to mock it.

By sharing this article, you're spreading information to thousands of people who will, in turn, absorb it and share it with more people.

This article will start arguments on Facebook and heated discussions at the family dinner table. It will be used in classroom debates and in presentations.

Maybe it will just make someone, somewhere, think differently about social media.