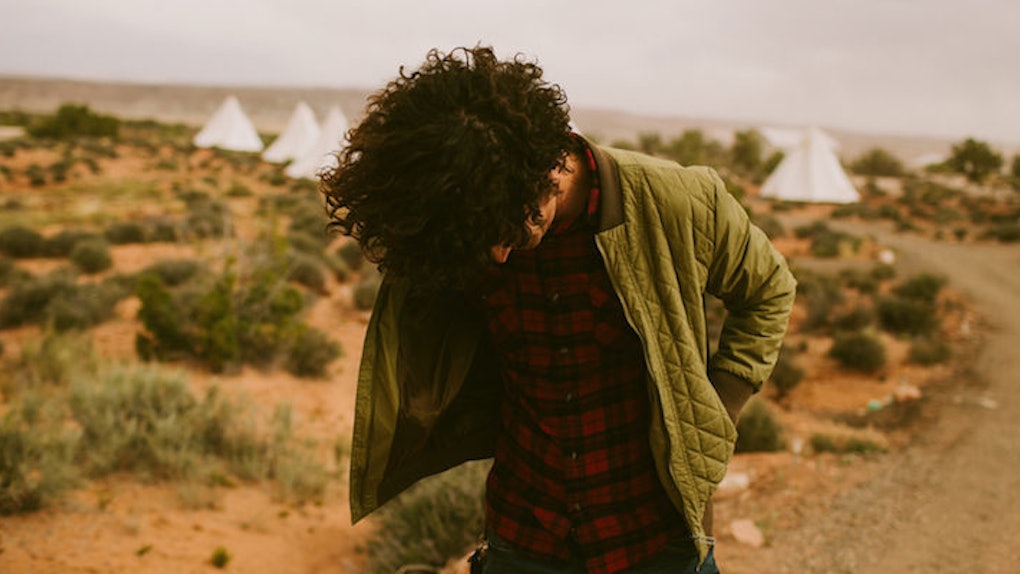 Growing up in an affluent southern neighborhood of approximately 90 percent Caucasians was challenging for me as a mixed race child. I remember close friends making jokes about my race and skin tone. My mother made it clear how others would be more critical of someone like me.

I internalized those statements. They left lasting impressions that created powerful insecurities, often relating to my incarceration. I've only recently started working to resolve them.

Lately, it's been difficult to avoid the subject of race. While I make a point to avoid news completely, my Facebook feed has been pounded with age-old tensions in America. Donald Trump, police brutality and the Black Lives Matter movement have all continued to fuel racial debates.

When I spoke with an older African American friend of mine, he expressed his outrage at the systemic racism in the United States. I shared that my partner was Caucasian, and my friend joked that she might make inadvertently racist remarks to our children.

After contemplating how I would approach this potential situation with my children, I realized what has helped me overcome my own insecurities surrounding race: radical self-responsibility.

To achieve radical self-responsibility, the first step is to recognize the futility of wasting unnecessary attention and energy on events outside of our control.

The ancient Greeks and Romans followed a philosophy called stoicism, which shaped their view of the world in the face of adversity. Epictetus, one of the great stoics from ancient Greece, wrote, “In life our first job is this, to divide and distinguish things into two categories: externals I cannot control, but the choices I make with regard to them I do control. Where will I find good and bad? In me, in my choices.”

When faced with racial injustice, I have two choices. I could react out of emotion and seek to “change” another person, or I could recognize that I can't control their beliefs. Nobody can control how another person thinks -- not even with violence. Thus, there is no incentive to expend my energy or time on doing so.

When faced with external attacks, it may seem counterintuitive to look inward rather than fighting back. However, this is the most empowering thing you can do. With an introspective mindset, you are the only one responsible for your disposition.

Everyone is doing their best

I'll preface this section by noting that I am not African American. My heritage is half Indian, which presents a different set of racial difficulties. Often, we're grouped together with Islamic fundamentalists, but the stereotypes regarding Indians are relatively positive. I can't claim that my overall life experience has been the same as that of an African American.

There are still parallels between African Americans and Indians, mostly through some of the most historic civil rights leaders. Mahatma Gandhi was famously loving of his enemies, and retaliation had no place in his strategy.

When faced with violence, Martin Luther King reacted peacefully, understanding that violence would not better serve his cause. In both cases, these leaders realized that their bigoted opponents were doing the best they could. They were products of their environment, they adhered to an antiquated thought process and they were still worthy of compassion.

When I'm faced with racism, my desire is to confront it with compassion and sympathy. In a way, I feel badly for someone stuck in such a belief system.

Finally, and perhaps most importantly, to conquer adversity and racism, you must master the subtle art of not giving a f*ck. We live in a society where people are offended easily. People feel slighted when the soccer mom in the minivan cuts them off, and excuses to pout abound. When someone is racist in the slightest way, we suddenly lose our cool.

Of course, I'm not suggesting ignoring racism is a way to tackle it, I'm just saying to think about what reaction may be the most proactive.

Turning the other cheek

None of this is to say you should turn the other cheek when faced with racial adversity. As humans, we will naturally react to emotional triggers. Despite this, we only have one life. If we waste it on what others think about us, we'll look back and wish we hadn't.

By assuming responsibility for our feelings and emotions, we can take back our power and focus on the meaningful things in life that make a positive impact.