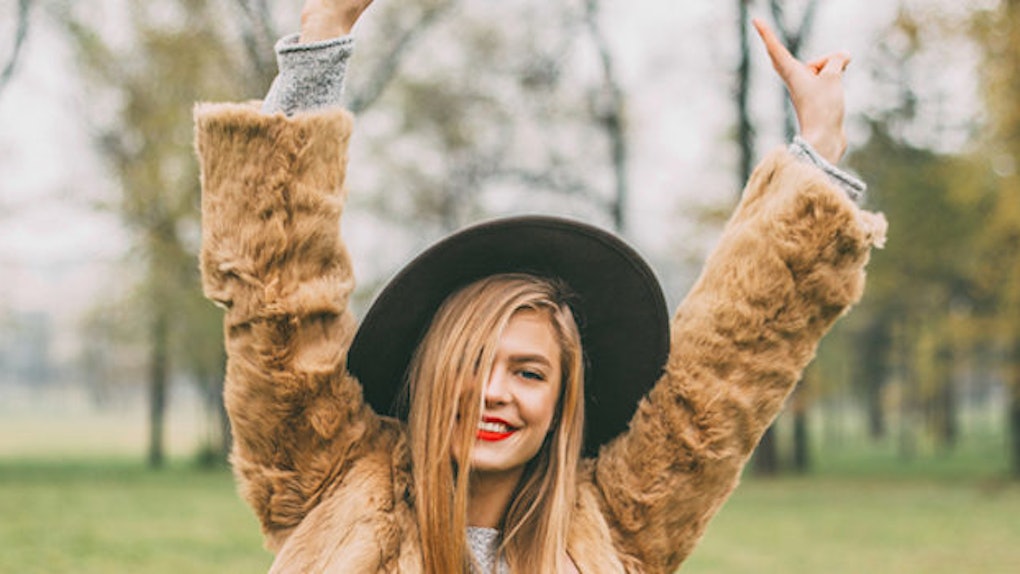 Turn Down For Life: 10 Epiphanies Of A Former Wild Child

I can't recall a time in my life when I would have been labeled as "well-behaved."

Even as a kid, I just loved to get myself into unnecessary trouble.

Let me elaborate: From the ages of 14 to 21, I was truly every mother's worst nightmare.

I can admit it now because I'm an adult, mother and a responsible human being.

But, even now, it's a tough pill to swallow, especially since my mom really did teach me better. But, me listening to her? That was another story.

I skipped school, and I experimented with alcohol and psychedelic drugs.

I was an ungrateful brat to my family and those I called my friends.

I jumped from boyfriend to boyfriend, unable to hold onto a relationship longer than six months.

Even though I did hold down a job, I would usually go in hungover or still completely smashed from the night before, and it affected my work.

I later got kicked out of college for not going to class, and I returned home embarrassed and even more delusional about what my life was supposed to be like.

Despite how terrible those awkward years were and what a nightmarish mess of a person I was, I can't say I totally regret it all.

The unfortunate things I've done and the mistakes I've made have shaped me into the person I am today.

Without making all the missteps or doing all the dumb sh*t I did, I wouldn't be me.

I'm not saying I'm the pillar of my community, but I raise my children, love my husband and can trick most of you into thinking I'm a semi-respectable person. Well, at least some of the time.

Here are 10 revelations from a former wild child:

1. There's more to life than having a good time.

Most people probably don't want to hear this, but it's true. In order to make something of yourself, you can't just party 24/7.

I learned this the hard way when I was kicked out of college after one semester, and I had to move back home.

The shame of my family and the talk of my small town was unbearable.

All the tuition money I lost and the fees I had to pay simply because I was too busy being the life of the party was not worth it in the end.

What about life after the madness? What about paying bills, finding a job and supporting yourself? Mommy and Daddy will not and cannot support you forever.

It's probably wise to get your school sh*t straight. (This is all true unless you're a trust fund baby and can actually afford to party for a living. In that case, can I be you?)

You know the ones I'm talking about. They're the friends who are always free to go out and party, but they're never free to do real-life adult things.

Those friends are for convenience only, and you will lose touch with them throughout the years.

They are there to be wing-people or to help you take home people from the bar.

Your memories of them will be strictly at the club and nowhere else.

It's not real, and it won't last. As soon as you stop partying, your friendship will likely end.

3. Sloppy drunk is not a cute look.

It doesn't matter how much time you spend getting ready or how much your outfit cost because if you end up the sloppy, drunk friend, you've already marked yourself as the mess.

Your friends won't want to party with you, and you'll inhibit yourself from branching out and making new friends.

Also, no man or woman thinks a fall-down mess is a cute look.

It's cool to go out and have a good time, but being a complete slob-ka-bob is an absolute no. Just don't.

It may be slightly cool or even mildly impressive that you can double-bong a Natty Ice, but will that get you a job? No, it won't.

5. Getting in trouble is very expensive.

You may think you won't get caught that one little time you step behind the wheel when you've maybe had just one too many bourbons.

But, think again. A DUI will run you around $10,000 including attorney's fees, alcohol classes and (depending on prior record) home incarceration or a program where you get drug and alcohol tested.

While I've never had a DUI, many of my friends have, and it nearly broke them.

One even started stripping to pay for the fees, if that tells you anything.

Thankfully, all I've ever come away with have just been some pretty expensive speeding tickets and a trip to driving school.

6. It's impossible to hold on to lasting and meaningful relationships if you're a wild, unpredictable mess.

You meet someone, it's awesome, you're falling and then, the person drops the bomb: "You're not boyfriend/girlfriend material."

He or she will party with you for a while and use you.

But then, you'll gradually feel more for this person, and you'll realize you've pigeonholed yourself into the idea you're not a serious person.

Why could anyone take you seriously when all you do is dance on the bar until 3 am every single night?

Nobody will be willing to give his or her heart to someone he or she can't picture settling down with and having children with.

Most people — men or women — have no desire to be 40 and still babysitting their SOs at the bar with a bunch of random college kids.

7. People will talk about you, and they won't say nice things.

I'm from a small town, and everyone had something negative to say about me. You could just see it in people's eyes they felt sorry for my poor mom.

I was out of control, yes, but I would describe my "episode" as mild exploration of my teenage and early-20 years.

There was no full-blown drug or alcohol addiction, no getting in trouble, no jail time and no rehab.

I was basically just a professional partier and beer bong enthusiast with a smart mouth.

People still acted like I had just gotten back from Dr. Drew's boot camp or something.

Why would I put my family through that? I think about it all the time.

I can't undo it, but hopefully some people reading this may just "get it" and save themselves and the ones they love some heartache.

8. Having a simple, uncomplicated life isn't so bad.

I never thought I could be satisfied with quiet nights in, playing board games, sipping morning coffee in silence or just reading a book.

I've learned I would much rather spend my time doing meaningful things with those I love and enjoying simple pleasures in life than hitting the party scene and living life like a gypsy.

I was always afraid of "missing out" on life.

I became pregnant at 21, and I can tell you there's nothing like a baby to put everything into perspective and show you what is truly important in this life.

None of the parties, drunken memories, sleeping around, and being in my crazy late teens and early-20s compares to having my own family.

9. There comes a time when you have to grow up, Peter Pan.

Becoming an adult and acting like one are two separate things. Anyone can turn of age, but you have to really put some effort into acting like a responsible adult.

Rent, jobs and having to provide used to scare the sh*t out of me (especially when I was kicked out of school and had no real job prospects).

There will come a time when you'll face a crossroads in your life.

You can either choose to continue being the same irresponsible, carefree person — it works for some people, don't get me wrong — or you can choose to get your sh*t together, better your life and become an adult.

In my experience, becoming an adult was the only thing for me to do.

10. Just because you're the wild child doesn't mean that's who you are.

Looking back, my parents' divorce really affected me. It occurred around that time I started acting out, skipping school, taking sips of people's alcohol at parties and then eventually falling in with wild people who both encouraged it and enabled me.

You may do all those things, but they do not define who you. You may have the rep as the wild child, but it doesn't mean you have to keep it.

Like any PR specialist would tell you, your perception can be shed fairly easily with time and effort.

Being the wild child also doesn't mean that's who you'll always will be. Some people like to get it all out of their systems early and go on to be crazy successful.

Hell, that's probably even a good thing. Some people just wake up one day and decide they're not about it anymore, and they change.

Some people stay the wild child forever, and I have to say, kudos to you.

Five more years of that would have surely killed me, or it would have ended me up behind bars.

To all the wild people out there: From a reformed wild child, may life be all you want it to be, either by remaining wild or becoming tame.