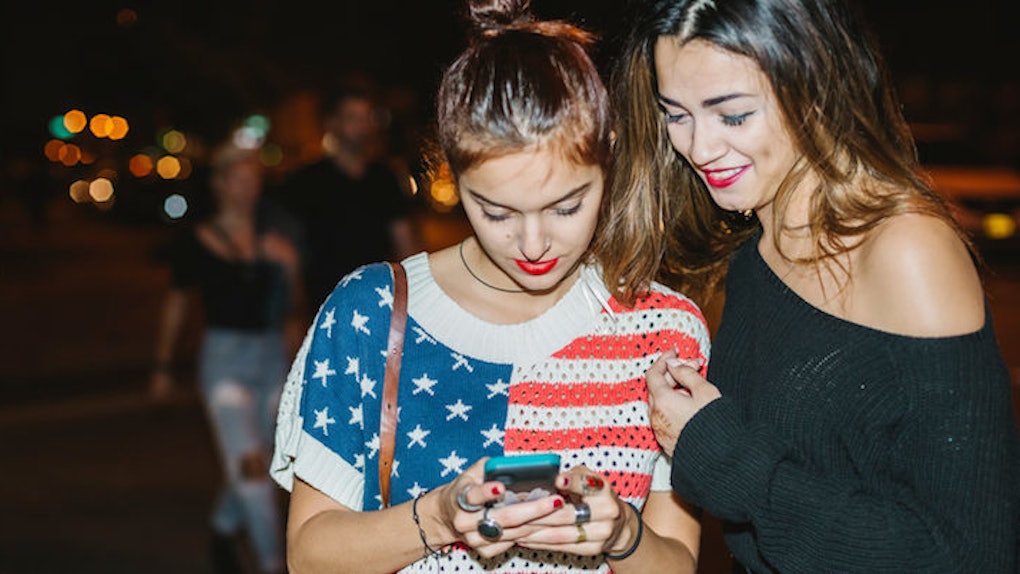 Why It's Time To Retire The Joke About 'First World Problems'

A couple of weeks ago, I was riding in the passenger seat of my sister's car. We had spent the day in Atlanta eating and shopping for bridesmaid dresses for her upcoming wedding. By the time we were on the drive back to the town where our parents lived, we were exhausted. It wasn't long before my sister was complaining about how she was thirsty and that she had a headache.

As we were driving down the road, a homeless man stepped out into the crosswalk in front of us. My sister threw her hands up, exasperated by the fact that she had to yield her car, and that this homeless man was delaying her. In a moment of rage, she yelled the words, “Go!” then mumbled under her breath, “at least he's actually using the crosswalk...” The man kept his head down as he hobbled to the other side.

As I sat there, in her nice car, cozy from the seat warmer I was sitting on, I started thinking. Here we are, driving in a car, after a day of eating and shopping, in a hurry to get home because we want to eat again and sleep in our comfortable beds.

The next morning, I drove back to Atlanta to run a half-marathon. A couple miles into the race, I noticed another homeless man who was leaning against a fire hydrant. He stood there with a blank expression, watching as thousands of runners ran past him.

Everyone has problems in their lives, but for my generation, I believe that most of us create our own problems. We have food, clothes, shelter, water and all of the essentials of survival, but what many of us don't have is happiness.

Pure, raw happiness no longer exists because we've found ways to make our lives harder than they need to be. We've created “first world problems” because we have nothing better to bitch about.

We've learned how to make issues out of nothing. We've started taking everything for granted. We've become ungrateful, disengaged and every day we find more and more ways to make ourselves miserable.

Our biggest concerns revolve around how we look, what other people think about us and how many “likes” we get on our photos.

We'd rather go to restaurants and send our orders back because they didn't come out exactly the way we wanted them to, than to just appreciate food. We'd rather compare ourselves to others, and be unhappy with our own reflections, than to just be thankful that we're healthy and alive.

We'd rather complain about our homework assignments and our jobs, rather than appreciate our privileged educations and the fact that we have a job and money. We'd rather lie and cheat on our significant others, than try to fight to be in a healthy, happy relationship.

So few of us stop to appreciate our lives for what they're worth.

There's no doubt that our generation has accomplished a lot. We've made it socially acceptable to voice our opinions. Today, gay people are more likely to come out and women are more likely to be feminists and to stand up for women's rights.

But even though we've accomplished so much, we're still a generation of unhappy complainers.

Maybe you're reading this and thinking that I have it all wrong. Maybe you think I'm a pessimist, and that I don't know what I'm talking about. And quite frankly, I would love for someone to prove me wrong.

But, I'm not sure anyone will.

So the question becomes, what do we do about it?

As it's often said, somewhere in the world, there is someone less fortunate than you. There will always be separations between social classes. There will be lower class people and upper class people, and there really isn't much we can do to change that.

But, what we can change is our attitude. Our views on life can change, especially if we open our eyes.

For the sake of the generations to come, I hope that we figure it out, and I hope that more people start to realize that we are all unbelievably fortunate for what we have. Because truthfully, in the big scheme of life, the things we worry about, wouldn't worry someone else.

So instead of being ungrateful, let's become the generation that gives instead of takes, let's fall in love for all of the right reasons and let's live our lives to the fullest and stop finding ways to prevent ourselves from doing so.