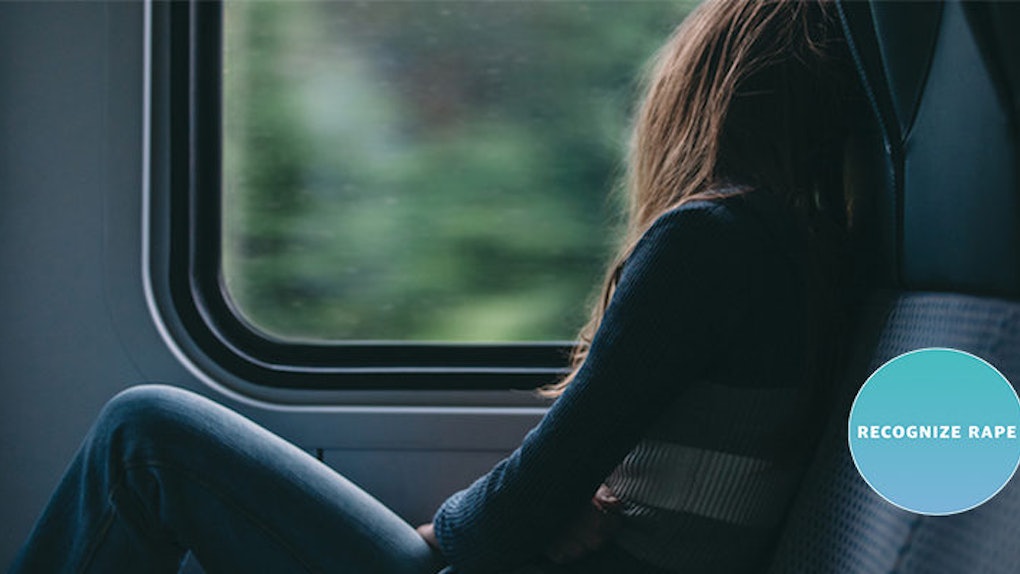 My High School Boyfriend Made Me Believe I Owed Him Sex

The thing that stuck in my mind the most — the oddest thing of all — is the tile floor at his house. I just tried to concentrate on that floor, tried to distract myself from the burning in my body.

I was in so much pain that day. I just had to keep breathing and get through it.

He heard me sobbing and stopped for a moment, turning me around to look at him. He wiped my eyes dry and said, “Don't worry.”

For a moment, I was relieved. Then he said, “I'm almost finished.”

Sex in our relationship started off consensual. We were both high school students who were like every other couple: dorky, awkward and exploring our sexuality.

It was fun and exciting to do something naughty. We experimented with different things dumb teenagers read online or heard about from friends.

Not too long into it, though, sex stopped being something that was about fun for the both of us and became about him. If he was being pleasured, that was all that mattered. He was far less interested in whether or not I felt comfortable.

He reminded me it was my duty to make sure he was satisfied. He'd make me feel guilty if he ever got blue balls.

He reminded me it was my duty to make sure he was satisfied.

Sex was something I owed him. I felt pressured into it whenever he pointed out something I did wrong in our relationship. After each time, I felt hollow and hated myself but convinced myself I needed to do it for him.

There were moments he tried things where I couldn't breathe, where I was in pain, where I would cry. I would come to school hoarse, sores on the back of my throat and bruises on my knees — all things I could easily cover up. No one, not even my best friends, had an inkling.

On top of that, he was emotionally controlling. I had to constantly text him where I was going and with whom. I wasn't ever allowed to hang out with other guys alone, and if it was a mixed-group hang, he needed to approve the guys there.

He yelled at me any time I did something he didn't approve of. I started requesting his permission for almost everything.

He would make me feel bad and pity him to get me to stay. I did his homework for him some days. I helped him through every problem he had. But I never felt he put in the same effort for me.

I felt used and sometimes empty, but he loved me, so I told myself we could make it better.

After about a year and half together, I developed really strong anxieties.

I attributed it to the litany of typical high school stresses -- AP tests, college applications. I picked at my skin. I wasn't able to sleep at night and, instead, cried uncontrollably without reason. I lost 20 pounds and felt the urge to puke anytime I ate. Some days I wouldn't leave my bed, lying without the will to get up.

Only once we broke up did I realize he caused my stress.

Looking back, it seems really bizarre that even through all of that, I didn't leave him. It took that moment of intense pain on the tile floor for me to realize I wanted out.

For months, I felt ashamed it took something so extreme to walk away, but I didn't realize what I was enduring was sexual assault. I grew up hearing stories about rape that were malicious and with intent -- guys spiking girls' drinks or grabbing them on their way home.

But my then-boyfriend loved me, and you couldn't assault someone you loved. He never intentionally tried to hurt me. It wasn't possible to assault someone without knowing it.

After we broke up, he threatened to kill himself. He texted me constantly, called me so often my phone broke and followed me around school. He made me feel guilty for the pain he felt.

After we broke up, he threatened to kill himself. He made me feel guilty for the pain he felt.

Several of my friends had set up a mock bodyguard for me, each taking turns walking me from class to class or driving me home.

While I had friends supporting me through each nervous breakdown, there were always those who judged me.

They made me hate myself for what happened.

But maybe it was easier for people to believe I was a liar than to admit someone they knew was a rapist.

Maybe it was easier for people to believe I was a liar than to admit someone they knew was a rapist.

I never mentioned it aloud again for two years, pretending it never happened. It was a burden to bear and made me feel humiliated to think about. It took many strong supportive friends to teach me it didn't need to be a secret.

I don't blame my ex for my pain, nor do I blame myself anymore. I've been afraid of him, pitied him, hated him, but ultimately, I forgave him.

I don't think he ever acknowledged what he did to me as sexual assault, but then again, no one taught me what rape really meant. And I doubt anyone taught him the healthy way to be in a relationship.

I know he still resents me.

In the end, I blame everyone else for what I endured.

I blame the media for teaching that aggression and control is masculinity and strength. I blame the school systems for avoiding to educate students about consent in sex and, instead, painting rape as the ridiculous caricature of a “dark man in the alley," only committed by evil sociopaths. I blame the parents who teach their children their worth is tied to their sexualities.

Years later, I still hate tile floors, but I've learned to accept what happened to me.

What is harder to accept is knowing the same thing is probably happening to someone else right now.