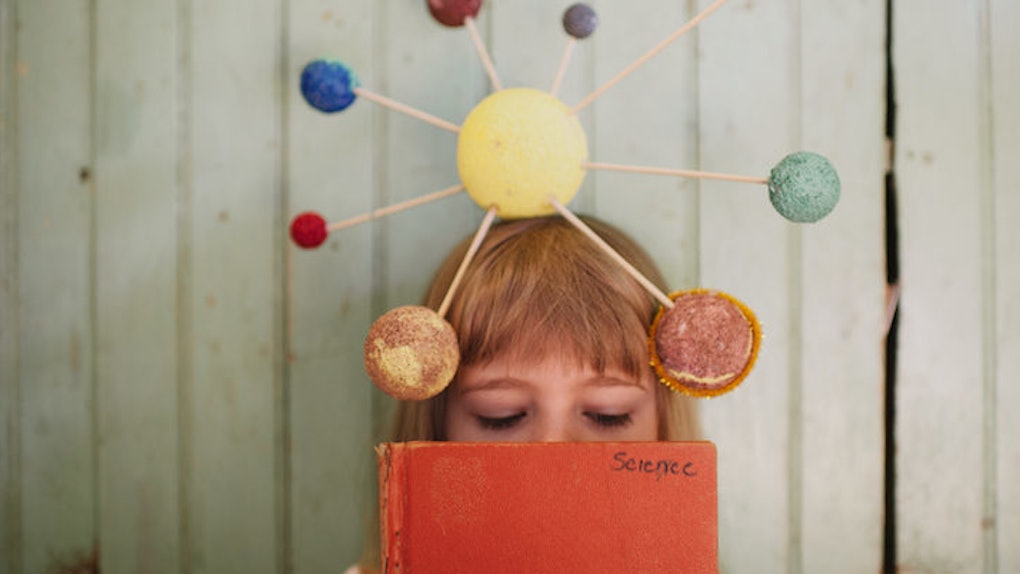 As a society, we desperately need to invest more into the arts. Our culture has come to exalt the ability to calculate and analyze at the expense of developing an understanding of ourselves and our own emotions. We pride scientific achievements instead of developing artistic expression, partly due to the faults of American capitalism.

But, at the core of humanity lies complex emotions as opposed to pure, cold logic. By extension, we should value artistic pursuit, not scientific performance.

Engineers are the builders of materials and structures, while scientists are the explorers of atoms, forces and geometry. But artists, writers, filmmakers? They design the maps.

The Myth Of “Logic Over Emotion”

A few years ago, neuroscientist Antonio Damasio (a professor at USC who researches the mysteries of the conscious mind) examined individuals who had undergone damage to the emotional centers of their brains without hindering their rationalizing abilities.

What he found was that their capacity to make decisions was significantly impaired. Subjects could map out every potential pathway, weigh every pro and con and describe what they needed to do logically, but they simply could not intuitively figure out what they wanted. They could not act. They could not move forward.

In "When Emotions Make Better Decisions," Dr. Damasio gives an example of a time when subjects were asked what restaurant they wanted to go to that night. They rambled on, weighing the costs and benefits, deliberating the various factors endlessly until he wanted to shout and slam his fists on the table, all because they lacked the crucial “lift that comes from emotion.”

In a sense, these subjects were behaving like computers or machines. However, human beings are much more than mechanized parts. There's something inherent in our bodies, something physically rooted in our biology, that manifests itself through will and intuition. It's contingent upon our ability to feel, to express.

Human passion is rooted in emotion, and passion is the root of everything.

We wouldn't have music, art, religion, science, technology, economics, politics, justice or moral philosophy without the impelling force of feelings.

The Myth Of “Science Over Art”

Why do we invest so much time into our favorite shows, books, films and music? We see a pattern in our consumption of popular media and culture that extends beyond simple recreational desires. We have a collective need to be understood, to see ourselves represented, to see our fears manifested and hopes elevated as a society. Our constant interactions and dialogues with popular culture say more about us than the media content itself.

Now, think of the efforts gone into protecting art during wartime. Things like The Monuments Men, 1954 Hague Convention and the World Heritage Convention preserved vital cultural artifacts. Art provides the vessel through which we not only ask questions, but also receive answers concerning what we want as human beings, who we are, how we've changed over time and where we're going. So, naturally, humanity has gone to great lengths to preserve these legacies for future generations.

Yet, we've made a cultural habit of shaming and deprecating our artists. We tell our children to pursue careers in the STEM fields, marginalizing art as a useless, meaningless pursuit. Artists are either pitied or perceived as pretentious, the “poor artist” stereotype is a grim reality littering the streets of NYC and music and art education programs are being cut. Yet, ironically, art is what all great civilizations are remembered by.

The future of our morals and values as a society are envisioned and communicated through our art (sexual liberation, political revolution, social justice, etc.). Images — from high-scale films to small-neighborhood billboards — have always had the power to mobilize thousands. Society should pay more attention to the messages expressed by our artists instead of fawning over the latest iPhone spectacles.

Often, what we see in history is a certain cyclical process, as the artistic continues to push forward and illuminate the truth. Initially, something natural and beautiful is blindly condemned as immoral. This is eventually followed by a revolution. And then, it is finally accepted universally, or even glorified. We can't let society force us into being taken for granted, or being ashamed of something that's not only profoundly valuable, but also intrinsic within each of us.

In the end, we need both.

Logic is blind without emotion, and emotion is blind without logic. They're partners in crime. They bring out the best potential in each other when reconciled. We're not robots who statistically analyze everything, and we're not 100 percent reactive, emotional beings. Humanity is much more complex and multifaceted than simply one or the other.

By extension, rational, scientific, cause-and-effect thinking alone is nothing more than a mechanism, a means to a capitalistic end. It has no direction, no force of its own. Logical execution must be led by artistic pursuit and intuitive conviction in order to make waves.

To be great at anything, whether it be cooking, the visual arts, neuroscience or chemical engineering, is to acknowledge all sides, to embrace the multidimensionality of our universe and ourselves and to use that open-mindedness and wisdom (a wisdom transcending delineations between emotion vs logic, art vs science) as a tool for understanding, conceptualizing, invention and the like.

After a certain high level of technical skill is achieved, science and art tend to coalesce in esthetics, plasticity, and form. The greatest scientists are always artists as well.

Logic scopes out the land; emotion burns a way through it. Science is the hands, the head, the dexterity; art is the soul, the heart, the directional vector. How could we possibly value one over the other as a society when we so obviously need both, fused together as one, working in tandem?