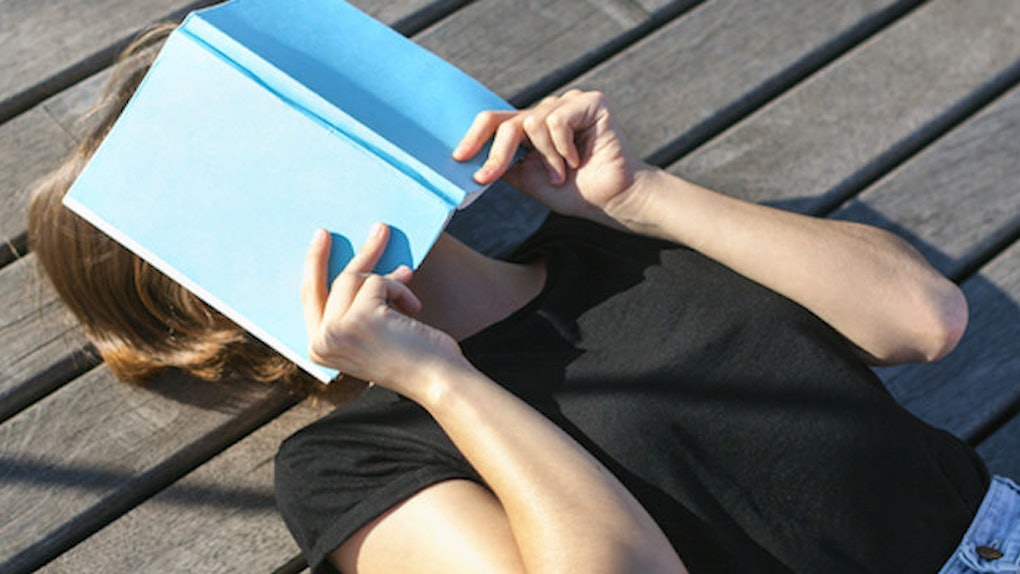 My Private Religious College Made Me Less Religious

I grew up Catholic. From the time I was born to the time I graduated high school, I was immersed in some sort of religious education: preschool at St. Thomas More, CCD classes on Tuesdays, church on Sundays and my mother's lectures on not using the "Lord's name in vain" when I'd shout "OH MY GOD."

If you walked around my house, you'd see palm tree leaves folded in the shape of the cross in my bedroom, in my car, and in our kitchen, living room and bathrooms. In my jewelry cabinet, I have cross necklaces in various shapes and sizes, including this blinged out one from Swarovski. (And yes, in case you were wondering, I am from New Jersey, thanks).

We weren't the MOST religious family in the neighborhood. Like, we didn't pray before every meal, and I wasn't forced to wear a purity ring or anything like that. But we were religious enough where saying "goddammit" got me in more trouble than saying "fuck."

There was no question in my family that God was real. That Heaven was real. That if you sinned, you were going to Hell, and your soul was going to rot into a puddle of hot black tar.

So it only made sense that I'd attend Boston College, the private, Jesuit four-year university where I'd learn more about my faith and maybe even go to mass to de-stress before finals, as the students there do. Perhaps I'd even meet a nice Irish Catholic boy, and we'd marry, move to Connecticut and baptize our 2.4 children.

But about halfway through my time at BC, I told my parents I didn't want to get married in a church.

My mom seemed fine with it. She grew up Protestant, and her parents hadn't really pushed religion as much as she'd wished (she willingly converted to Catholicism when I was a kid). My dad, the born-and-bred Italian Catholic, however, was disappointed.

I'd gone through the coming-of-age sacraments (Baptism, Communion, Reconciliation and Confirmation), so I was well on my way to receiving Holy Matrimony (aka getting married) in a beautiful crystal church adorned with statues of Jesuses and Virgin Marys.

But I just couldn't do it. I couldn't vow to profess my love for another human being in the eyes of a deity I didn't even know I believed in. Because during my time at BC, not only did I not learn more about my faith or go to mass (I did meet an Irish boy, though!), I became way, way, way less religious.

I realize that placing all the blame on BC is unfair. "Blame" is also probably the wrong word, because it implies that BC robbing me of my faith means something bad happened. But truthfully, it was the best thing that ever happened to me.

Growing up, I never really questioned anything. I didn't read the news or expand my media horizons beyond the scope of what was on the radio. I just sort of blindly trusted everyone around me to lead me in the right directions as I lived in blissful ignorance to the existence of people and places and things outside of my small-town suburbia.

And all of this was fucking me up. I just didn't realize it until I went to BC. Or, more specifically, until one particularly uncomfortable conversation with my boyfriend at the time, who I met at BC.

We were talking about my belief in God, and he asked me why I believe.

"So it makes you feel good to just believe what people tell you?" he asked, his voice stern. "Why don't you just learn to think for yourself?"

I'll admit it wasn't the most gentle way to encourage open-minded thinking. But his words stuck with me.

Had I really found comfort in being told what to think? Had I really spent my entire life following what people told me and believing it to be true? My belief in God was central to my very core. But had it actually ruined me?

Perhaps it had. After all, before going to BC, anxiously pleasing God dictated my every thought -- if I ever accidentally cursed Him in my head, I'd profusely apologize and feed Him some compliments to make amends.

I didn't drink because alcohol and anyone who drank it was the devil. I didn't have sex because I was petrified of being impure. I spent my entire childhood and adolescence categorizing everything into good and bad and judging everyone, including myself, according to those standards.

Maybe my boyfriend was right.

After my conversation with him, I vowed to educate myself. I enrolled in classes on feminism, politics, cultural criticism and, yes, religion. I learned that so much of who we are, from our sexuality to the very essence of our behavior, is fluid and can change at any time. I learned that the media and other large institutions, like churches, influence us more than we think. I learned that religion doesn't just mean Christian -- it means Buddhism, Judaism, Hinduism and millions more.

Ironically, my conservative, Jesuit university taught me how to think for myself. And when it did, I learned I didn't believe in literally any of the religious garbage I'd been brought up to believe.

Spiritually, this meant I was lost. I couldn't control the fact that my belief in God was slowly but surely dying. I started to have existential fears about death, for now it wasn't going to lead to a white-washed paradise in the sky, but to darkness, to nothingness, to worms gnawing at my carcass and spitting it back out into the dirt. My soul was petrified.

But intellectually, I thrived. I grew. And this growth allowed me to feel even more spiritually fulfilled than I'd ever felt before.

Whatever deity I do (or don't) believe in, I know for a fact that he's not one of those all-knowing, omnipresent Lords who punishes me when I sin or rewards me if I don't. Because what is "sin" anyway if not a way to manipulate us into social control? Any belief system that shames me into behaving a certain way is not one I care to associate myself with.

Now, I seek comfort in the randomness of the universe. I'm calmed by my belief that life is a series of random events because it means that anything can happen at any time and life can be full of wonderful, unexpected surprises.

It means that nothing and nobody controls my life more than I do. And god-fucking-dammit, does that feel good.