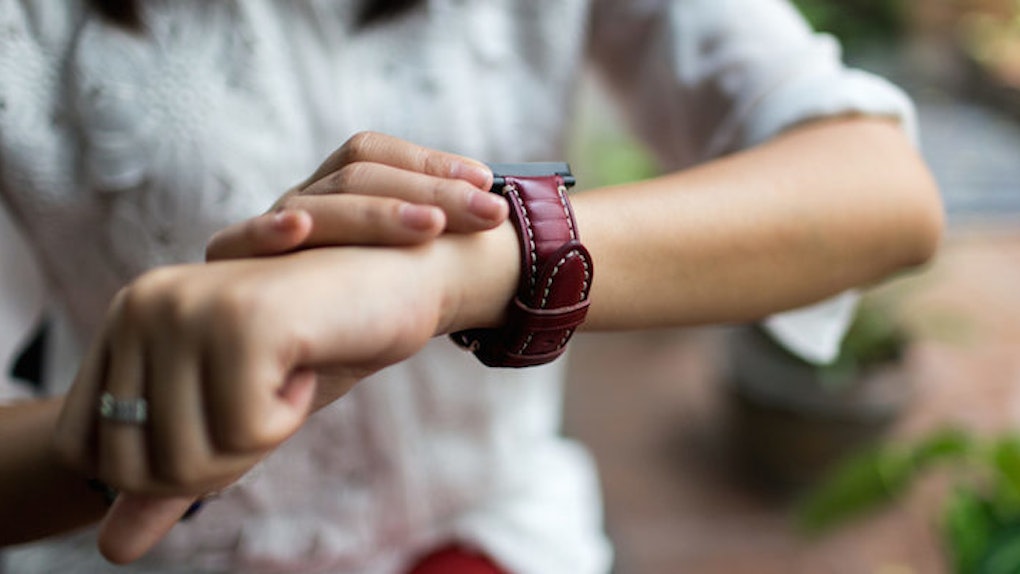 6 Things People Expect From You As The Perpetually Late Friend

For me, being late is inevitable. I have come to terms with it.

No matter how early I set my alarm or start getting ready, I am always late.

In my defense, being late started from birth.

My mother gave birth to me a week late, and she never lets me forget it.

My excuses to explain my lateness range from my culture being consistently late (Indonesians are very often late) to having a tight schedule and trying to multitask.

No one cares. All they see is the fact that I’m always late.

I don’t even try to be late. It just happens.

Even when I plan everything and leave my house early, something will come up and prevent me from being on time.

I could blame it on traffic, uncontrollable situations or simply losing track of time. But at the end of the day, I am a chronically late person.

If you’re anything like me when it comes to being late, you know how it feels when others think you're doing it on purpose.

They don’t believe your explanations or excuses, and you’re constantly berated and told to change your ways.

You try to deny the fact that you're always late, but in your heart, you know it's true.

I have realized that no matter how much I try to change my ways, I will always be a late person.

I’ve accepted and embraced it because no matter how hard I try, being on time is just not my forte.

Many thoughts run through your head as you’re running late, and you try to multitask to be on time.

But it doesn’t happen.

Your family and friends know you’re always late. They will either try to change your ways (to no avail) or simply give up and accept it.

Here are six things you will experience if you're a chronically late person:

They actually add another 10 minutes to the time you text them to say you’re on your way because they have no faith in you.

2. Everyone has lost hope in you being on time.

You’ll be told the dinner party starts at 6 pm.

You’ll think to yourself, “Yes! Only 10 minutes late.”

But when you arrive at 6:10 pm, you'll realize you're the first one there.

The dinner party actually starts at 6:30 pm, but no one really had hope that you would actually arrive on time.

3. Everyone has stopped believing your excuses.

Honestly, you mean to be on time (mostly). But something just comes up.

Even when you’re telling the truth, no one will believe it.

It’s almost pointless to even include an excuse. Everyone expects you to be late anyway.

You have probably given countless apologies for being late.

They start to sound meaningless at this point.

No one really believes in your apologies, or that they're sincere.

You are sorry, and you swear you didn't do it on purpose.

But apologies are useless at this point.

5. Fights or criticisms are a daily occurrence.

Everyone just assumes you’re unreliable, lazy or unproductive. But you know that’s not the case.

Things just happen, even when you try to be early or on time.

Your friends and family don’t understand this and get annoyed with you.

You are probably at the receiving end of complaints on a regular basis.

6. People are in awe when you actually arrive on time.

When you arrive on time thanks to some miracle, people are so confused.

They'll look at you and question how it happened.

You can’t even get annoyed or offended with the questions because you know they’re justified.

Honestly, you wish you could be the type of person who has his or her life together, but you know it's never going to happen.

No matter how much grief people give you, you are destined to be the late one in the group.

You could be meeting President Obama, and you would still be late.

You can't help it.

You try to be on time, but it's just not meant to be.

Accept the fact that you will always be chronically late, and own it.