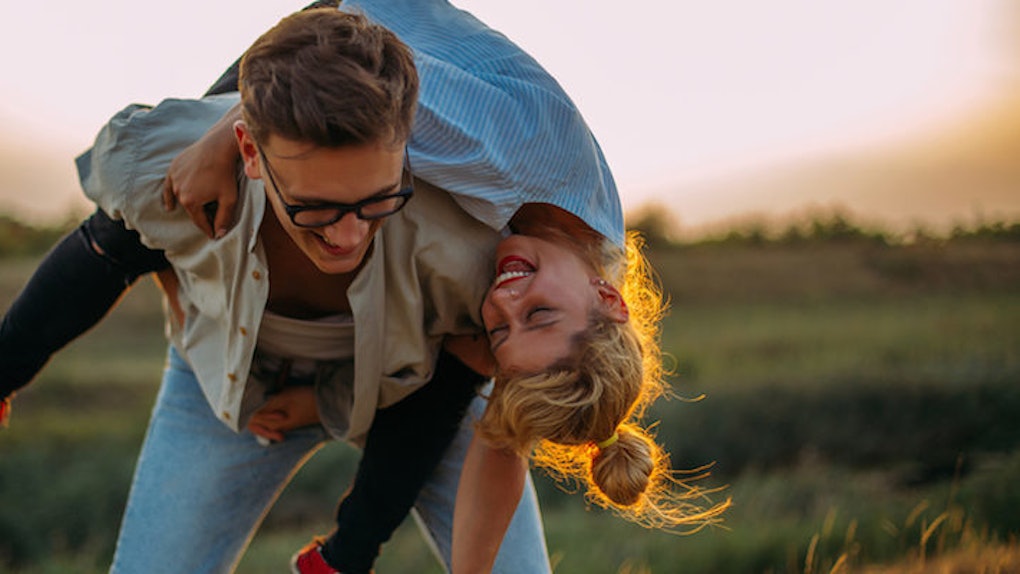 Let's Settle This Once And For All: Why You Shouldn't Sleep With Your Best Friend

Lucky enough to have a best friend?

You've known each other for years?

You've been there to support each other for better or for worse?

Your families act like they're relatives, and the whole world seems to think you're like brother and sister?

Did I mention I'm talking about co-ed friendship?

If the answer is yes to all the questions listed above, you can consider yourself a very lucky individual.

Having an honest person whom you can trust, who understands you and respects you deeply and whom you can have so much fun with is a rare find these days.

Having a lover of that kind is like winning a lottery.

What if you dared to make it two in one?

Don't ever trade friendship for orgasms.

Don't do it unless you are 100 percent sure you will be okay with what might come next, and that includes possibly losing your best buddy.

You might not be able to look at him or her in the same way ever again.

A friend of mine, a psychotherapist, told me there are only two scenarios for true non-romantic male-female friendship: Either you are simply not attracted to each other, or you've already had sex, and it wasn't quite a mind-blowing experience.

I cannot say if his theory works, but I fit in somehow.

For example, I have a best male friend.

We've known each other for more than two decades, and we are really like brother and sister.

I'm not sure what would be his reason, but I would never cross the line with him.

I know him too well, and he is simply not my type of man at all.

I am not attracted to him.

What does the term "best friend" imply?

We are not talking about people who hang around for year or two.

We are not talking about friends with benefits.

We are talking about long-lasting friendships that last for over a decade.

According to bunch of scientific articles and studies I was reading before writing this article, psychologists believe the fundamental problem lies in misunderstanding each other.

It states that women often interpret men's signals of sexual interest as friendliness.

Most of the studies regarding this topic also show that men tend to overperceive sexual signals much more than women.

So, we have more than enough one-sided feelings.

So, dear ones, have the guts to try to communicate your thoughts and intentions.

Now, let's get back from theory to real life.

In real life, you must address some challenges in order for cross-sex friendships to work.

That means the existence of attraction does not mean people cannot be friends.

They could love each other and hang out together for years with underlying romantic feelings and never convey their feelings to one another.

They take it as a compliment.

Friendships prevail over time, and even when there are unresolved romantic feelings, they simply acknowledge the elephant in the room and move on in a mature way.

Want to play it safe, or fight that damn elephant?

You should be aware of the fact the moment you decide to sleep with your best friend, there are only two possible outcomes: It can be really bad experience, or it might be the best you will ever have.

We are not talking about your mutual reactions that are about to emerge afterward.

We are talking about sex.

I know a couple of two best friends who slept together only once and never again.

They were drunk, but they both wanted it.

They didn't think twice about it, but according to them, it's the best thing that could have happened to them at the time.

The sex was a total disaster, and so was the kissing.

Now they know they simply are bad match.

They'll laugh at the situation and  stick to their platonic zone, enjoying their friendship fully.

But what if it happens, and it turns out to be the most amazing experience ever?

Sex starts with the kiss.

You have to have a good kiss, a "butter."

A "butter" is a kind of kiss that is hardly describable with words.

It's the kiss that just goes with the flow. It's the most perfect puzzle of two lips joined together.

In that moment, you are oblivious to the world around you.

Imagine it happens with your best friend.

Imagine that the sex afterword is good, too.

Imagine it's more than good, actually.

If all this happens, you're in trouble.

That is why you both should think twice before doing it.

There is no guarantee for any kind of happy ending.

You are not in a Disney cartoon.

You will most probably want to do it over and over again.

The stakes are high because you never know what could be the reaction of the opposite side.

Neither me, nor this article can decide instead of you if you are having your doubts.

But I always like to say this: In the end, we only regret the chances we didn't take.

Don't do it if you're drunk.

Don't do it just for curiosity.

Do it only if you both really wish to.

Whatever happens after it is the right thing and meant to be.

Even if you consciously decide to mess it up,  do it for the right reasons.