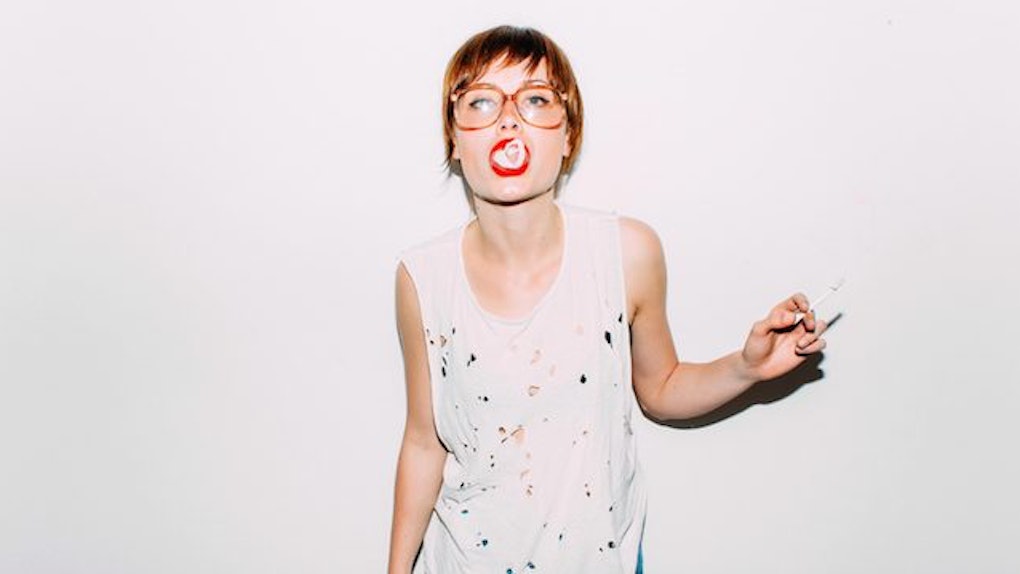 Why The 'Crazy' Label Doesn't Bother Me Anymore

Crazy is a word I have run from my entire life. It has kept me under lock and key in fear of someone discovering my secrets.

Over the years, however, I have sat back and looked at the word over and over again. Why did I let it bother me so much? What was it about a word alone that made me so afraid?

At the end of the day, it was the connotation. The image of a psychotic woman screaming, hurting people and breaking things. The image of someone mumbling to themselves on a subway with a dazed look in their eyes. The image of paranoid man convinced the government has sent aliens to kill him.

No one in their right mind would want to be put into the same category as these people. They're crazy, not me!

But if I'm being completely honest, I have had times where I've been so distraught, I've hit my head on walls. I've ripped hair out of my head. I've broken things.

So doesn't that put me in the same category as the traditional "crazy" images people default to? Doesn't my erratic behavior warrant the same label as the people I described before?

If you were to call me crazy in those moments, by definition, you'd be perfectly correct.

Crazy is not a beautiful girl with untamed hair swept to the side by a breeze. Crazy is not a wild party girl who lives her life like every moment is her last. Crazy is not beautiful, romantic or inspiring. Often, it's messy and scary.

The main reason I am no longer afraid of the "crazy" label is that I know it is not the be-all and end-all. I am not just a crazy person, and I do not walk around deranged and in a frenzy every moment of my life.

I am a kind, caring, capable person. I love my friends and family, and I do well in school. Not only do I write, but I read, bake and sing very poorly in the shower.

All in all, I am so much more than my lowest points.

I was so convinced I was not like those other people because I knew those moments were not the main portion of my life. Instead, they were tiny, negative blips on my radar. I refused to be crazy because at the time, it refuted the idea of me being a competent, sentient human being, and that's just not true.

You can call me crazy if you want to. I know what I have done, what I'm like and how it looks to the outside world.

But I don't care anymore. I no longer fear the word because I am secure in who I am. I'm fully aware of what good I bring to this world and the good I am capable of in the future.

I am OK with being labeled crazy, but not everyone is. People generally aren't always accepting of crazy.

But the next time you call someone crazy, remember that the word may sting like a slap to the face for whomever you're referring to. Hearing the word crazy makes people think they are unlovable, unstable and unwelcome. That's how it always made me feel, at least.

So don't put another human through that.

I believe in crazy moments, not crazy people.

Truly, I don't see myself as a "crazy person," and I don't think anyone else is either. I believe in crazy moments, not crazy people.

I know better than to believe people are one-dimensional. I know there are more chapters in a person's book than the one where they burst into tears for no reason.

Every person is a mountain range, composed of both peaks and valleys. And every human being is so much more than their negative moments.