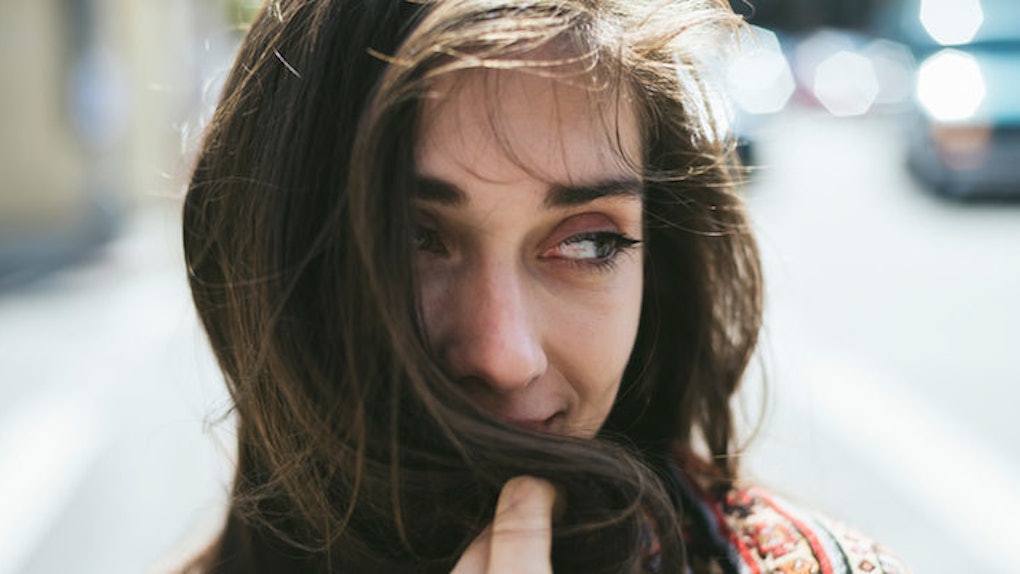 One of the most difficult aspects of growing up is learning how to forgive yourself after you’ve screwed up.

It’s much easier to forgive other people; we learn to do that as children. As we mature, we also grow to realize when people hurt or betray us, it’s not a reflection on our shortcomings, it’s a product of the other person’s insecurities and flaws.

We’re all only human, bound to mess up from time to time. Holding grudges is bad for the soul.

But it’s a lot harder to employ this logic when you’re the one who’s messed up. Whether you’ve been self-destructive or inflicted hurt upon others, forgiving yourself often proves to be decidedly difficult. With each new transgression, you find yourself recounting all of your past mistakes, telling yourself you’re nothing but a chronic f*ckup. Even if you’ve been forgiven by those you hurt, you continue to lambast yourself for your actions.

This mentality is exceptionally counterproductive and misleading. No matter what you’ve done, you are more than capable of turning your life around. You’re never beyond redemption, and you’re not alone.

When people are hurting inside, they have a tendency to believe no one else in the history of the human race has been so pathetic or downtrodden. Hate to break it to you, but you’re not that special. Countless individuals before you have messed up in the very same fashion, if not worse.

Don’t be so hard on yourself. Keep your chin up and keep moving forward. Take responsibility for your actions but also learn to let go when the time comes.

Dwelling on the past eliminates any chance of taking advantage of the present. You can’t build a better future if you’re continuously stuck in moments long gone.

Sometimes we all need to be reminded the best parts of life wouldn't be as sweet without intermittent struggle. The key to survival is learning to laugh at the universe's inherent chaos.

There will be good times and bad times, joy and pain, laughter and tears, victory and defeat, and you shouldn’t want it any other way. To never make mistakes is to never take risks, and that’s no way to live. You won’t get anywhere in this world if you’re not willing to step out the door at the beginning of each day.

But if these words have failed to stir you and you’re feeling particularly lost at present, here are 20 quotes that will undoubtedly lift your spirits.

They all help reveal a fundamental truth about being human: We’re all f*ckups in our own way, but it’s what makes us interesting:

"I have always lived violently, drunk hugely, eaten too much or not at all, slept around the clock or missed two nights of sleeping, worked too hard and too long in glory, or slobbed for a time in utter laziness. I've lifted, pulled, chopped, climbed, made love with joy and taken my hangovers as a consequence, not as a punishment." - John Steinbeck

"Laughter and tears are both responses to frustration and exhaustion. I myself prefer to laugh, since there is less cleaning up to do afterward." - Kurt Vonnegut

"Difficulties break some men but make others. No axe is sharp enough to cut the soul of a sinner who keeps on trying, one armed with the hope that he will rise even in the end." - Nelson Mandela

"Life should not be a journey to the grave with the intention of arriving safely in a pretty and well preserved body, but rather to skid in broadside in a cloud of smoke, thoroughly used up, totally worn out, and loudly proclaiming 'Wow! What a Ride!'" - Hunter S. Thompson

"You're only given a little spark of madness. You mustn't lose it." - Robin Williams

"Finish each day and be done with it. You have done what you could. Some blunders and absurdities have crept in; forget them as soon as you can. Tomorrow is a new day. You shall begin it serenely and with too high a spirit to be encumbered with your old nonsense." - Ralph Waldo Emerson

"Whenever you leave behind failure that means you're doing better. If you think everything you've done has been great, you're probably dumb." - Louis CK

"Happiness can be found, even in the darkest of times, if one only remembers to turn on the light." - JK Rowling

"You will fail at some point in your life. Accept it. You will lose. You will embarrass yourself. You will suck at something. There is no doubt about it. … Never be discouraged. Never hold back. Give everything you’ve got. And when you fall throughout life — and maybe even tonight after a few too many glasses of champagne — fall forward." - Denzel Washington

"Every time you are tempted to react in the same old way, ask yourself if you want to be a prisoner of the past or a pioneer of the future." - Deepak Chopra

"If you're going through hell, keep going." - Winston Churchill

"Improvement makes strait roads, but the crooked roads without Improvement, are roads of Genius." - William Blake

"The reality is we often become our kindest, most ethical selves only by seeing what it feels like to be a selfish jackass first." - Cheryl Strayed

"Freedom is not worth having if it does not include the freedom to make mistakes." - Mahatma Gandhi

"The world breaks everyone and afterward many are strong in the broken places." - Ernest Hemingway

"Anyone who has never made a mistake has never tried anything new." - Albert Einstein

"Experience is the name everyone gives to their mistakes." - Oscar Wilde

"In three words I can sum up everything I've learned about life. It goes on." - Robert Frost