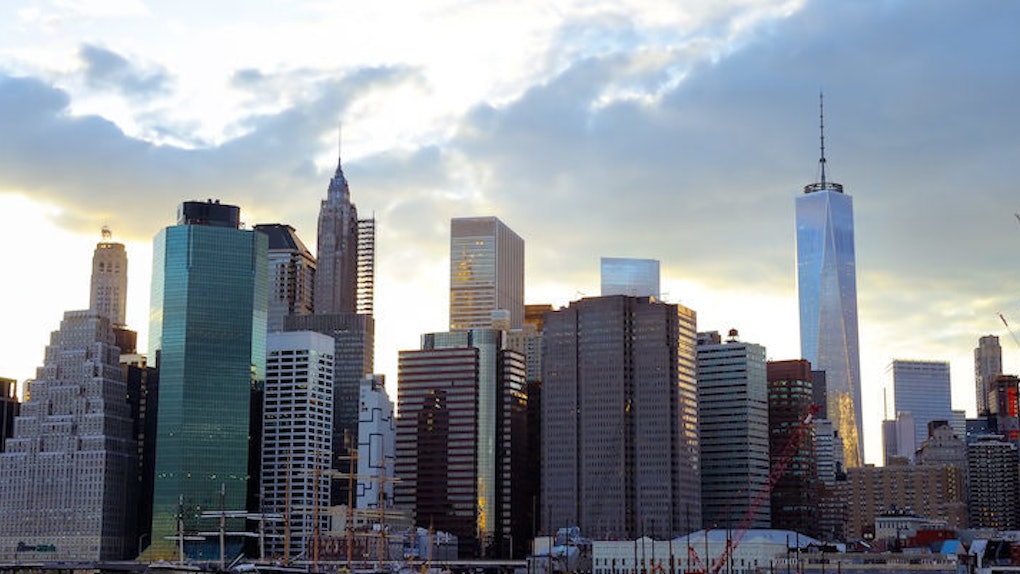 The Blind Move: 5 Reasons To Move To A Place You've Never Before Visited

Moving is just a part of life, but how often have you thought of moving somewhere you've never been?

In September of last year, I moved to Los Angeles from North Carolina.

The differences between the two places are infinite.

Before that, I had never been to Los Angeles, and I had only been to California once.

It was the scariest thing I've ever done, but it changed my life forever.

My decision to blindly move across the country was based on an earlier decision to spend my last college spring break in San Diego by myself.

At that point in my life, I was stressed and still unsure of where my life was headed.

All of my friends were going to Florida, but I took the opposite road.

I thought taking the time alone, surrounded by a fresh environment, would give me some kind of spiritual breakthrough.

When I was in San Diego, I felt like a new person. Even if it was just for a week, I felt like I had escaped.

I didn't know anyone, and I had no obligation to spend my last spring break drunk out of my mind just because my friends were expecting me to.

I spent the entire trip sober, and I visited places and meditated within them.

I then realized permanently moving to a place I had never been would change my entire life.

These are the five reasons moving somewhere you've never been can change your life for the better:

1. It gives you a fresh start

Our lives tend to pile up inside of us. Every bad decision, every toxic relationship, every mistake and every "what could have been" just builds and builds in our minds.

Moving to a new place gives you the opportunity to start completely fresh.

You will still have the positive things in your life — family, great friends and better memories — but moving to a new place gives you permission to symbolically let go of every negative thing that drains you.

2. It allows you to figure out what you want from life

There's always the chance you will regret your decision. But, that's a part of the process.

Moving to a new place will allow you to figure out what feels right to you.

It will allow you to create opinions about things that have been out of your comfort zone.

Maybe you'll fall in love with the place where you move, or maybe you won't.

Either way, you will make a choice. And that choice will move you one step closer to finding answers.

3. It forces you to grow as a person

For me, moving across the country created so many challenges I had to overcome: I had to make new friends, forge new connections, find my "groove" and make impressions.

When I lived in North Carolina, I had crafted a persona I was used to. People knew who I was, and I was comfortable with that.

Moving to Los Angeles forced me to step outside my shell and create a new life.

Making new friends was really hard, but the skills I gained made me a better person.

The challenge of feeling "out of place" made me more confident.

Los Angeles is a great place to move for creating new friendships because it's a melting pot for people from all over the world, and most of them are also alone.

I think that's kind of beautiful.

4. It allows you to be the better version of yourself

I've made many bad choices in my life, and the people in North Carolina knew about them.

The bad choices I made as a teenager followed me into my years as a young adult, so it was difficult to make a better impression.

People may forgive, but they never forget. Moving to Los Angeles allowed me to let go of everything that held me back from becoming a better person.

For others, moving to a new place gives freedom of choice to create a life for yourself that makes you feel like a new, better person.

No one you meet has to know about your mistakes or your past. That, in itself, can change your life.

5. You will feel brave and independent

Moving somewhere you've never been is one of the most freeing things a person can do.

It gives you the power over your own life and the bravery to take control.

The overwhelming feeling of independence tends to make a person stronger and more confident.

Knowing the world is your oyster, you will suddenly realize you've accomplished something many people run away from because they're too afraid of the unknown.

But, you have conquered it. You are free.