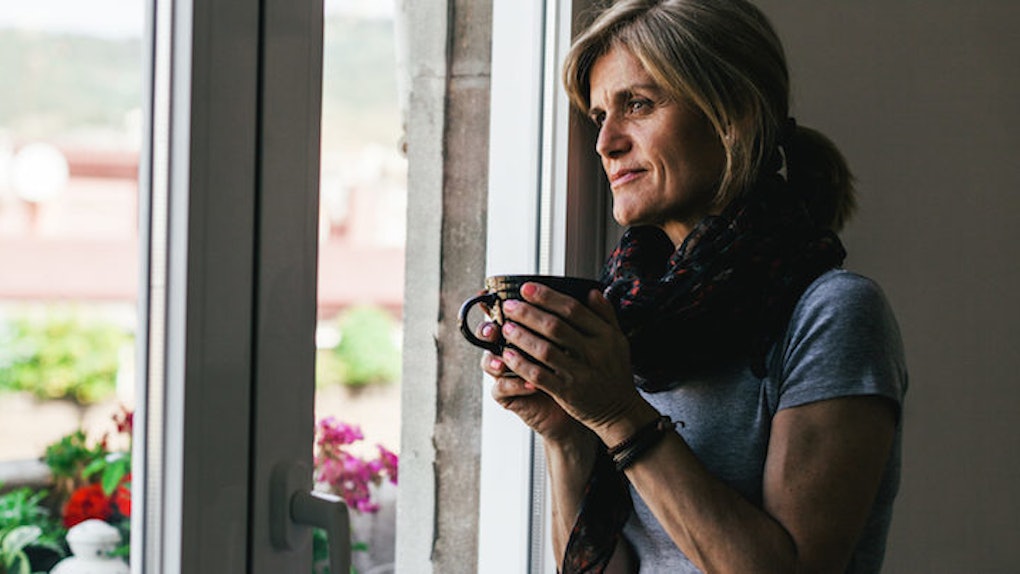 Still Standing: How My Mother's Depression Made Me A Stronger Person

I'm a firm believer that if we listen to our instincts, we will never be led astray.

One early morning, as I was riding in the car next to my mom, I could tell something was wrong. When we arrived at school, she turned to me with a look I knew all too well.

After years of living with a mother who suffered from severe depression, I knew the warning signs.

As she looked at me with a defeated look, tears streamed down her face underneath her sunglasses.

She wasn’t just sad; she was hopeless.

I knew it was time for me to get out of the car because I had to go to school, but as I walked into my school building, I had this sinking feeling in my stomach her day might be ending too soon.

For me, that day is one of them.

It is the day my mom attempted to kill herself.

Suicide: The word carries such stigma, doesn't it?

The funny thing about it is everyone seems to have an opinion about suicide and mental illness. People make flippant comments about suicide being selfish or cowardly, and they are so consumed with judgment and disdain that they completely miss the point.

I don’t blame them.

From the outside, depression and suicide are ugly. But if you look from the inside, they tell different stories.

I will not pretend to fully understand my mother, her depression or her attempted suicide. I have never experienced that kind of torture, and I don’t pretend to know what it’s like to have so much pain inside of you, death feels like the only option.

For anyone who has loved someone who has mental illness, you know it's a lifelong battle. Whether that person is having a good or bad day, the illness never fully leaves him or her. It never leaves my mom, and in a way, it never leaves me.

Since I assumed the role of her caretaker during my high school years, I am well-versed in what depression looks and feels like for the people who are left to pick up the pieces when their loved ones break.

It is not a weakness. It is not something that can be wished away.

It is not something endured by the weak and survived by the strong.

For years, I saw my mom as weak because of her illness.

I was ashamed of her. I resented her for what she put me through, and I quietly feared one day, I would become her. Depression is hereditary, and she is not the only person in my family who has suffered from it.

I won’t tell you it never creeps back into my mind, but I now have ways to combat it. I know those are lies.

However, it becomes easier to spot those lies once you know the truth. The truth is that my mom is the strongest woman I know because she has been to hell and back. But, she is alive to tell her story.

If I grow up to be half as selfless, loving and kind as she is, then it will be a wonderful accomplishment.

My mom is not weak. My mom is a survivor, and so is every man, woman and child who has suffered from depression.

I wouldn’t change my experiences because they have made me strong, and they assure me I can handle anything that comes my way.

I followed my instincts that day, and I called my aunt to let her know something was wrong with my mom.

Today, my mom is alive and thriving. She is the first person I call when I need help with something, when I am in a crisis or when I just need to talk.

Believe me when I tell you life is worth fighting for.