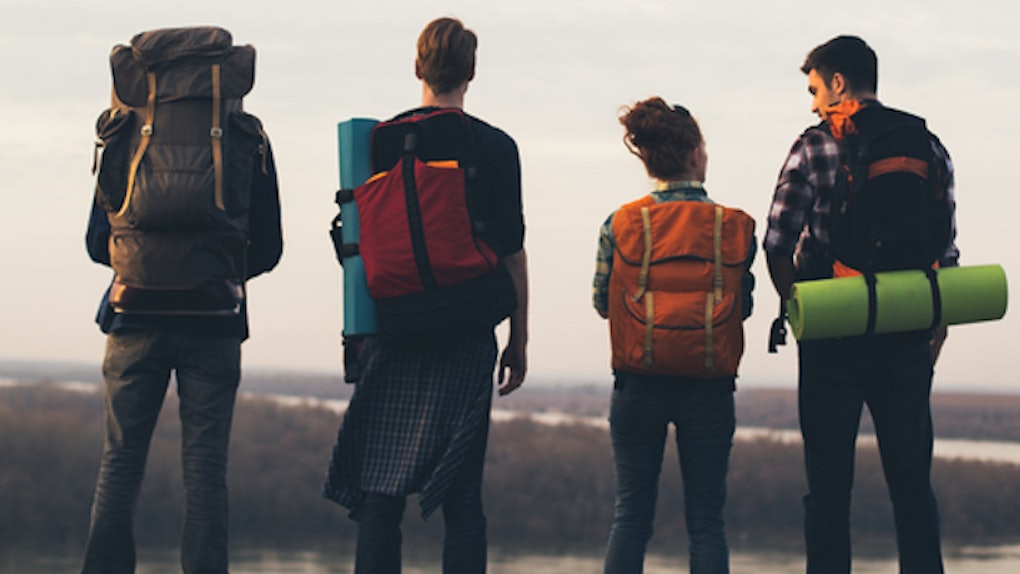 3 Cures To Every 'Millennial' Problem That Follows After Graduation

As a digital marketing consultant and Millennial, I'm constantly amazed by the amount of Gen-Y content floating throughout my industry.

The funniest part is that almost none of the content is written by Millennials themselves. It's sort of similar to when men write definitive, impassioned pieces about women's experiences. What the hell do they know?

Everyone is trying to dissect our generation, find better methods to sell to us and discover more creative ways to keep us engaged at work. It's a never-ending witch-hunt dressed in an ugly sweater called “market research."

Yet between the lines, each and every one of these articles boils down to exactly the same message: We're a bunch of self-absorbed, Snapchat-using, college-debt ridden kids too entitled to take “regular jobs," but too lazy to work hard at them.

Let me make it clear: I'm also not here to generalize my generation. If you think about it, we're talking about a pretty wide age gap here -- everyone born between 1982 and 2004. That means 34-year-old professionals and parents are being grouped together with my 15-year-old high school freshman brother.

So, enough with the blanket statements. If you're going to talk about a group of people, you better get specific.

I'm going to talk about post-grads, specifically those who sit between the ages of 22 and 28. Since I fall into that group, I get what you're going through.

Here are the three biggest challenges that people in this age group face and exactly how to overcome them:

College can be a really deceiving place when it comes to preparing for reality. When I was living in Eugene, Oregon, everyone I saw on a daily basis was between the ages of 18 and 24. Seeing a child on the street was like seeing a unicorn.

Because everyone was my age, I essentially lived in a playground full of constant activity. I could do whatever I wanted -- join clubs, go to parties, work out at the gym, study in a cafe or watch movies with roommates. I was always surrounded by people and I had the freedom to do anything I wished.

But in the real world, things were suddenly different. People expected me to do one thing and one thing only: Get a job. So, I got the job. And even though I was learning new things and interacting with new people, within a few weeks, I was beyond bored.

Although older adults told me that I should be feeling ungrateful and lazy, I actually just craved creativity, movement and more than anything, freedom. When I was in college, I did what I wanted when I wanted. Now, I was expected to sit at a desk for nine hours a day doing the same things over and over again and being yelled at by the same boss? No thanks.

The problem is that no one takes “I'm bored” as an acceptable excuse. “This is adulthood, stop complaining." “Get used to it because you'll be doing it for the next 60 years." “Get a better work ethic,” I heard it all.

But I'm going to tell you something different: Get the hell out of there. Run for the hills.

If your mind and body are giving you a restless feeling that results in boredom, it's a sign that you're meant to be doing something else. Maybe it's a job you're more passionate about or starting your own business.

But whatever you do, don't take the “stop being lazy and stick it out” message to heart. You're wasting your time, your potential and your life. And is that really something you want to be doing for the next 60 years as a result of “work ethic?"

This one's a classic. I cannot tell you how many people I know who jumped straight from undergrad to grad school with maybe a year in between. I'm not saying that this is always a bad decision. If you want to be a doctor or a lawyer I highly recommend jumping right into grad school.

But for a lot of other people -- the ones who go to grad school because they're lost post-grad and scared of the real world -- enough is enough. Don't put yourself in more debt simply because you don't know what you want to do.

First, it's important for me to say that it's OK if you don't know what to do. Most people, no matter their age, don't have any clue what they're doing. But putting yourself in more debt, or asking your parents to fork out another $200,000, for the sake of not knowing isn't the answer.

Here's the truth about school: It doesn't get you as far as you think it does, especially in 2016. A lot of jobs have an undergraduate degree requirement, but what the majority of employers are looking for are real skills. Where do these skills come from? Experience.

Go get unique, immeasurable experiences through traveling, working or volunteering, and be open to learning through doing. If you could afford to go to grad school, then you can definitely afford to go out and dive into something completely new. This kind of action will get you a lot further in life than sitting in a classroom will.

3. You feel like you don't have any real skills.

I'll never forget a required medieval archery class I had to take in college. It was considered an essential part of our “general education." Wondering what it involved? We had to build our own arrows and shoot them into a field for a grade. Yeah, this is what my parents spent $40,000 a year on.

The point is, school is really good at teaching theory but it fails to teach tangible practice. The truth is, we don't need theory. We need to learn skills today that we can execute tomorrow. But, since the American college system is an outdated and broken business, they haven't caught up to what requires professional success today.

So, if you feel like you don't have any skills and you're bullshitting your way to a job, you're not alone.

Gaining real skills efficiently comes from two core factors: the internet and execution. Today, the business world advances and changes so quickly that the only way to keep up is to learn online.

Read blogs, follow industry-related publications and maybe even take online courses. There are thousands of free, high-quality online guides that you probably don't even know about; go out and find them, learn from them and practice them.

You'll never gain a real skill just by reading about it. You have to put it into practice, mess up and learn from it until you get it right. Skills gained from this method will impress potential employers and will give you authentic confidence, not the bullshitted confidence you force to land a position.