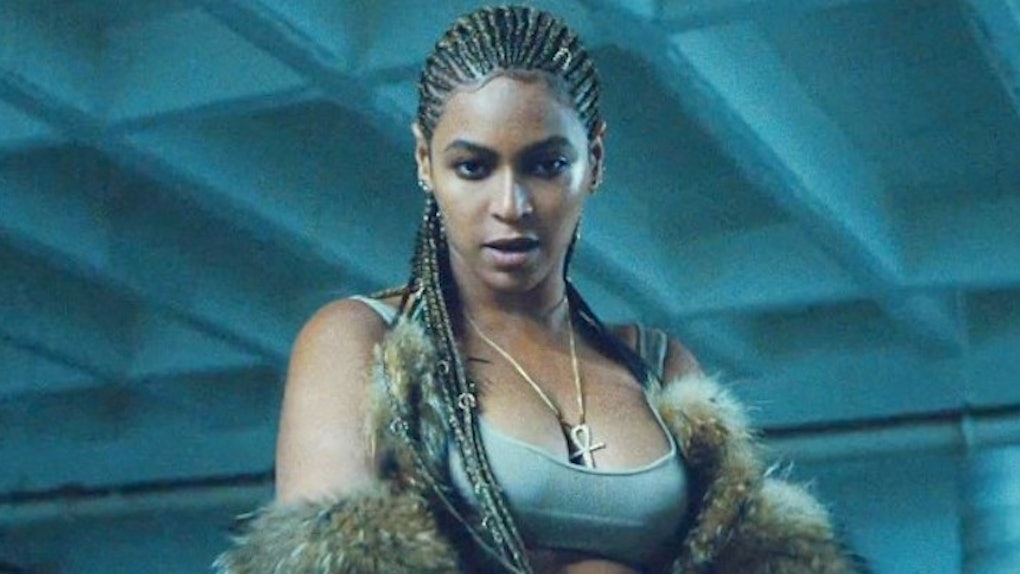 Sign Us Up: A College Is Offering A Class All About Beyonce's 'Lemonade'

Most music legends are usually long dead before they get a college class dedicated to them, but Beyoncé's always been ahead of the curve.

A course dedicated to analyzing race, gender and social class in Beyoncé's Lemonade now exists at The University of Texas at San Antonio.

Um, sign me the HECK up. (I mean, this was already one of my favorite pastimes, so it'd be nice to get college credit for it.)

Professor Kinitra D. Brooks designed the class and, according to her syllabus, she has broken down the semester into aspects of Lemonade such as poetry, photography and music, but also includes different themes such as black feminist studies and religion.

So yeah, this isn't just some blow-off class, people. This is some real, heavy analytical material.

Yes, you will get to listen to Beyoncé for homework, but you're also going to have to think critically about it, not just dance around in your underwear.

Professor Brooks warns students to take the class seriously and suggests it may even be too hard for some.

She wrote in the syllabus,

Studying race, gender, class and pop culture theory is incredibly fun... and incredibly hard. Do an internal check for your maturity and ability to handle such a self-directed course. There is no shame in deciding you are not ready.

This shouldn't be a surprise, really — Lemonade has so much nuance to unpack. (I mean, hello, Beyoncé literally recites poetry from Somali-British poet Warsan Shire.)

It sounds like students are already learning a lot just a few weeks into the course.

In an email to Mashable, Professor Brooks wrote,

They are excited about the Beyoncé aspect, but that is just the beginning. This past class meeting, we discussed colorism in the black community as students submitted and discussed problematic memes and what gendered colorism means for black gender romantic relations.

(For those unfamiliar with the terminology, colorism refers to prejudice against darker-skinned individuals, often within the same ethnic group. )