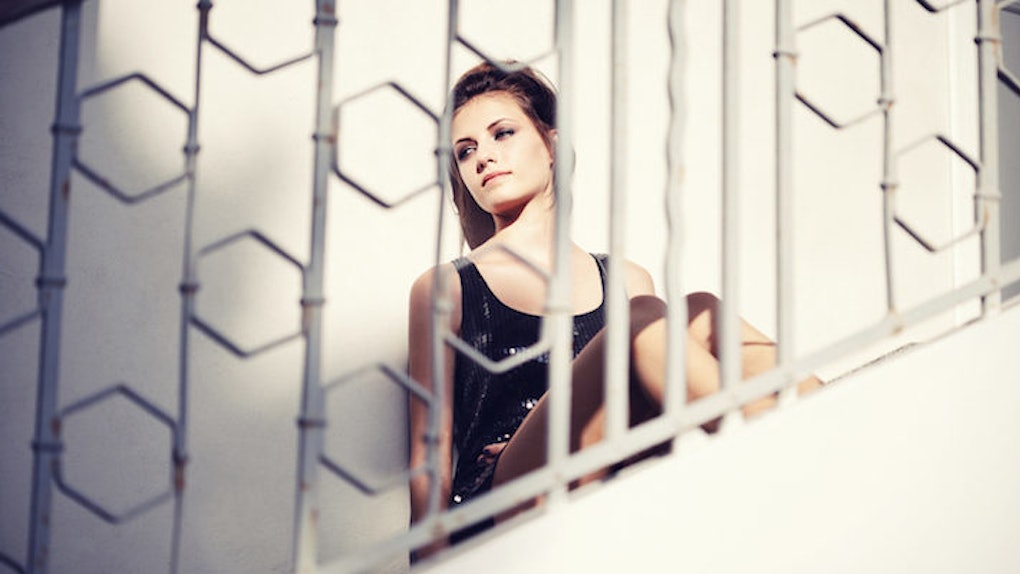 Girl Sans Alcohol: What It's Like To Be A Sober 20-Something

I know the look: Most people can't hide it well, and at this point, I expect it. There is a flurry of questions churning behind their stare, which reads as both shocked and slightly off-put.

I stopped drinking in my early 20s, and it was single-handedly the best thing I have ever done for myself. Mostly because I did it for myself.

The majority of my high school and early college years were filled with blackouts, bad decisions and drinking myself into a personality that was not an extension of my own, true character.

I got away with it because I excelled at sports and school, and I masked my self-deprecation behind the social norm of my peers consuming copious amounts of alcohol as well.

I was wild and funny and fun, but I was also sad and insecure and lonely. It was easy to rely on memory loss and liquid courage as the reason behind my actions, rather than take responsibility myself.

However, from the first moment I awoke out of a blackout in my early teens, I knew my relationship with this substance was more powerful than it should be.

I found myself seeping in sadness mornings after binges, wondering if I had done something inappropriate or embarrassing. I would wait to hear laughter come from my friends, in the hopes I was still accepted and cool.

I wouldn't ask or admit to feeling bad because that would show I found fault in my patterns, and that was not an option. I toyed around with cutting down on drinking and worked at decreasing the frequency, amount and type. You name it, I did it.

It became a game within my own mind to challenge myself to wake up the next day without an overwhelming feeling of self-loathing.

Those feelings didn't go away, though. No matter what, the after-drinking blues would hit me time and time again, and my actions under the influence began to haunt me and threaten the goals and dreams I had built for myself for so long.

So, I stopped drinking.

Imagine your life as it is: full of parties and bar crawls and girls' nights and wine tasting. Imagine dating, grabbing a drink and even sitting at the dinner table with your family. Imagine the many different ways alcohol exists in our social circles, and then imagine trying to exist in that same life without it.

It was challenging. That's not how everyone does it, but that's how I did it.

I continued to hang out with the same friends, go to the same outings and partake in the same social functions. I also adjusted where it was needed.

If I felt uncomfortable, I left. I told my friends about my decision to stop. I called my parents, and we cried and felt relieved together. I made a commitment, and much to my relief, I was wildly supported.

I didn't label myself because I wasn't sure about what I was. I wasn't sure it mattered. I just wanted to feel better about myself, and I wanted the me I had once loved to be the me who existed every day and, more importantly, every night.

I told friends not to offer me drinks, and I became more and more comfortable in my own skin as the sober participant. Most of the time, people didn't even notice I wasn't drinking.

During the first year or two, I skipped out on certain activities that tempted me to go back on my commitment. I brought my own non-alcoholic beverages to BYOB functions.

All of my friends drink; I do not know one who doesn't. There are a handful who mimic some of my behaviors and feelings from the past, and I don't judge them for that. I empathize.

I had an ex-boyfriend who told me I was boring and admitted he often wished I would stay out later. A former friend told me he excludes me from events because they involve drinking, and I don't fit in. Sometimes, I am the designated driver without being asked.

Sometimes, I think it would be easier to drink.

Those few things, though -- the dating mishaps, the exclusions and the assumptions -- those things are part of life. I chose to stop drinking, and the fallout that comes with that is far less damaging than my own self-esteem, which was constantly plummeting.

Am I an alcoholic? According to most standards, I am. Do I go to a program? No.

I have never been to a 12-step meeting before, but I certainly can see the value. Am I able to hold a beer, smell wine and attend bar outings without falling into old patterns? Absolutely. Do I expect others to do the same? Not one bit.

This decision was mine, which means the process is mine as well. I didn't do it the way anyone else should. I simply did it my way.

I am an outcast in the connotative, socially acceptable world of young professionals. “I don't drink” is a statement that comes with a stigma, a story and a lot of second guessing.

I have blonde hair and green eyes and push 5'5”. I wear high heels and play sports and flirt with boys. I somehow defy what someone who has had a poor relationship with substances looks like, so it is often even more jarring to reveal this information about myself.

I'm not better than anyone who drinks or uses or questions themselves, but I am definitely better than my former self who ignored living up to my full extent of happiness.

I still make bad decisions. I tell white lies now and then. I say inappropriate things and hurt people's feelings. I fight. I cry. I get my heart broken.

Life didn't fix itself because I stopped drinking. It has continued to be a roller coaster over the past several years. But my choices, my words and my actions are intentional.

For me, as a recovering-whatever-you-want-to-call-me, that is the most important thing.

It's National Alcohol and Drug Recovery Month. Whether you have a toxic or non-existent relationship with substances, take this time to acknowledge the many different meanings this month contains.

Treat yourself and your body kindly, and be open to what, how or why people do and do not wear certain labels.