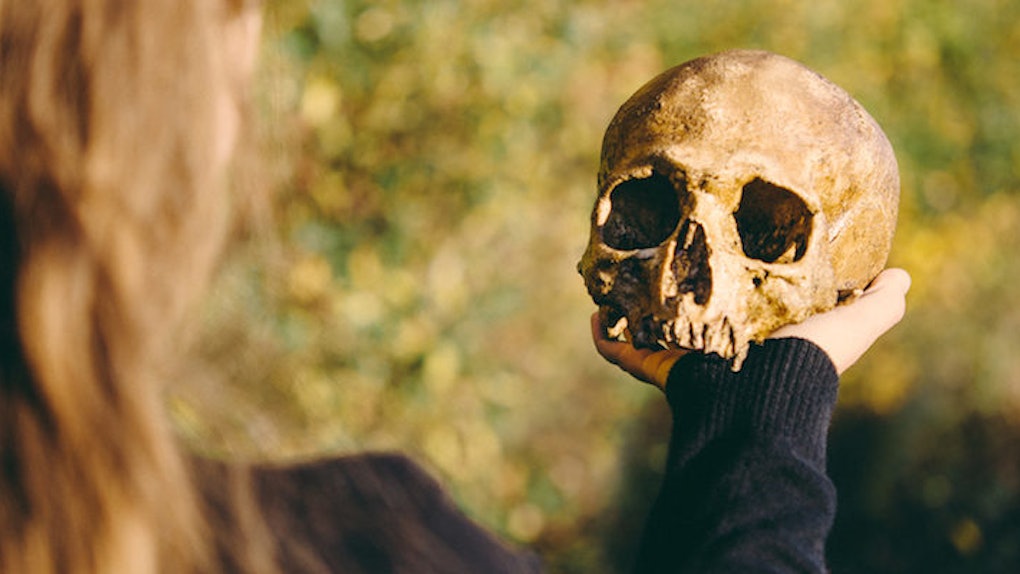 5 Reasons Millennials Will Probably Never Have To Worry About Dying

Death is something that's plagued humans since the beginning of time.

Whether you've lived a healthy lifestyle or not, we all have the same inevitable demise.

Why does nature function in such a way that we must all cease to exist?

The burning question is, what happens after death?

Is there life after death?

The unknown has inspired countless theories and supernatural speculations intended to explain the meaning of life and death.

A popular belief is that heaven and hell are the two immortal sentences based on whether or not you were a good person on Earth (or so it's written).

But what if we didn't have to die?

As it turns out, immorality is believed to be possible amongst many scientists of a wide range of disciplines.

It's actually a work in progress.

Humai is a Los Angeles-based technology company whose mission is to “reinvent the afterlife.”

You're probably wondering how the f*ck this is even possible.

Here are the top five technologies (among many) that scientists, researchers and entrepreneurs are using to help us live forever:

Before we even get to human immortality, let's acknowledge nanotechnology.

To put it simply, nanotechnology is super tiny computers.

Let me help you understand how small we're talking.

3. If the diameter of a marble was a nanometer, one meter would be the size of Earth's diameter.

As the years go on, this technology will soon be the size of a blood cell, and it will go on to become even smaller at the size of an atom.

This makes it possible for tiny robots to examine your body from the inside out, connect to your cells and manipulate your body to function in a healthier way.

Today, scientists are working on tiny nano-robots that could be programmed to act like antibodies.

They could be ingested into the human body to find out and eliminate cancer cells or viruses.

Cryonics is the preservation of a recently dead organism in extremely cold temperatures (usually liquid nitrogen) with the hope that future advanced technology will be able to safely thaw the organism, repair the damage caused by death and restore life.

Is that not the single most fascinating thing you've read today?

The process is quite interesting, in fact.

You can read more about the exact process of cryonics here.

While this may seem bizarre to some, cryonics is on the rise.

As of November 30, 2015 a very popular cryonics company, Alcore Life Extention Foundation has 1,046 members and 141 patients.

Another company, the Cryonics Institute, is on its 135th patient.

One of the frequently asked questions on the Alcore page was, “Why haven't more people signed up for cryonics?”

I'm sure you're also wondering this.

People don't sign up for cryonics because it's not traditional, they're skeptical of anything they haven't seen work, it costs money, they're afraid of what their friends might think, they live in denial of their own death, they don't want to think about the subject, they procrastinate, they don't like life well enough to want more of it, or they are afraid of a future in which they may be alienated from friends and family and a familiar social environment.

And sorry to break the news, but despite the rumors, Walt Disney was not preserved.

In case you didn't know, artificial intelligence is a branch of science that deals with helping machines find solutions to complex problems in a more human-like fashion.

Humans have an extraordinary capability to learn.

Unlike humans, computers have trouble understanding specific situations and adapting to new situations.

But don't you fret; we are making great progress.

Artificial intelligence plans to improve machine behavior in taking on such intricate tasks.

AI research is truly allowing us to understand our own behavior in ways you couldn't begin to fathom.

Soon, a computer will be able to emulate and surpass human intellect.

Only then will we be able to enhance it beyond our wildest imaginations.

I don't know about you, but I can't f*cking wait.

The definition for bionic is pretty epic.

It means having artificial body parts.

I know what you're thinking.

“Come with me if you want to live,” right?

In today's society, people commonly associate the idea of bionic humans with Arnold Schwarzenegger in "The Terminator," but let's clear something up.

Terminators are androids, not cyborgs.

Androids are robots that are made to look and act like human beings or have human-like characteristics in form, but terminators are the "killing machines with living tissue over a robotic endoskeleton with organic material."

Cyborgs are living organisms that have robotic or mechanical parts.

This is the more accurate to what we are hoping to achieve.

Whenever you see a robotic arm or leg, it was created with biotechnology.

In medicine and biotechnology, sensors are tools that detect specific biological, chemical or physical processes and then transmit or report the information.

Some work outside the body, while others are designed to be implanted within the body.

To name a few:

1. Humidity sensors monitor fire danger in remote forests, which Californians are grateful for.

2. Seismic sensors provide an early warning system for earthquakes, which Californians are also grateful for.

3. When you turn your phone sideways, it changes to widescreen.

4. That blood pressure device nurses squeeze to tighten the cuff around your arm is a sensor.

5. Your smoke and carbon monoxide detector is a sensor.

7. Your front porch light that turns on when someone passes is a motion sensor.

8. Your touchpad on your laptop is a sensor.

10. Everything they use on "Ghost Hunters" is sensor-based.

11. The new force touch feature on the iPhone 6+ is a sensor.

So, you get it. Sensor technology is nothing new.

Sensors won't help us live forever directly, but they can heighten our quality of life by enhancing our senses such as seeing, touching, feeling, etc.

Humai is building sensor technology into bionic bodies you'll be able to control with your thoughts.

As with many of these technologies, the combination of them all are what make living forever probable.

The sad part is, the vast majority of people are uneducated on even the basics of the subject.

We need to get more people caring about the advancement of technology.

We need more companies and pioneers like Humai to take on the challenge.

Gen-Y exists in a time where all of this is possible.

To our parents and grandparents, these ideas were unheard of.

And although they are put in motion now, not enough of us know what the hell is going on.

It's our job to spread the word and to not let fear of judgment be a deciding factor on whether or not we contribute to this revolutionary era.

Just imagine if we never had to say goodbye.