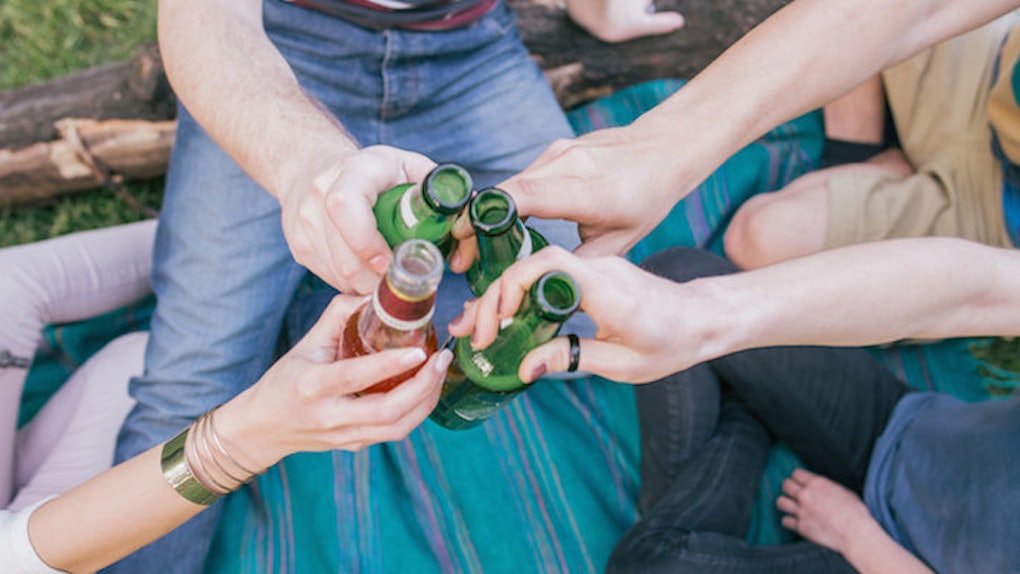 Why Lesbian Bars Are Disappearing At The Height Of Queer Acceptance

Growing up, I was the textbook definition of unlikable. My sixth-grade figure was often described as “womanly,” an adjective no 11-year-old wants to be labeled. This was the time of heroine chic and rail-thin celebrities.

My parents decided that my curves were to be hidden under oversized clothes. It wasn’t a good look.

My stunning wardrobe and awkwardness was coupled with my queerness. Early on, I developed a tendency to be sharp-tongued, and my anger was a coping mechanism. Both of these skills were used liberally with my teachers and peers.

Despite being angry and bitter, I desperately wanted to be liked and was constantly trying to prove how worthy I was. Look how many cans I collected for the food drive! See how awesome this club I created is? I can do a back handspring!

Not all of these statements were true. The more I tried to be popular, the worse the outcome. (Spoiler: Desperate is not a good look.)

I’m constantly thinking about connection and community, places to meet queer people like me and spaces where I feel comfortable. I’ve been looking for those spaces my whole life. That's probably because I was so lonely as a child and as an adult that I still crave that hybrid of acceptance, validation and belonging.

As a kid, I was surrounded by untrustworthy adults. I was told by well-meaning teachers and social workers that the adults around me would keep me safe, but that message was in direct opposition to what I knew to be true.

The message was that my family was there to protect me, while I was simultaneously experiencing neglect and abuse. Ultimately, I decided at a very early age that adults lie, and authority was only to be trusted on a case-by-case basis.

As you can imagine, this led me into some problems. It’s a miracle that I didn’t sabotage myself out of the life I live today.

I’ve spent a lot of time investing in creating my own safe spaces. Sometimes it was the public library, and other times it was a teacher’s classrooms. There were no queer youth centers at the time, but had there been one, I would have snuck out of my house to be in attendance at every meeting.

My favorite teacher, Ms. Scharf, took me under her wing and gave me books that I smuggled home and hid in between the slats of my bed. Margaret Atwood, Audre Lorde, Aldous Huxley and George Orwell taught me that I wasn’t the only one questioning authority.

Ms. Scharf gave me a crash course in early feminism, social justice and queer theory. She helped me name my oppression. Books were my first community before I found people who were like me.

Once I reached college, I fully immersed myself in queer culture and discovered activism, a career choice that was a natural fit for someone with deep-seated authority issues. I’ve spent the last 10 years of my life dedicated to creating and supporting queer spaces (those of the brick and mortar variety as well as online).

I’m still learning which rules to accept and which ones to rewrite. I’m doing that by surrounding myself with smart entrepreneurial queers who are teaching me how to be the best version of myself.

But as we watch bars and community centers close, I can’t help but wonder, in a world without queer spaces, where will future generations of young queers find themselves? Those who need the spaces the most are often the most disenfranchised in the community.

It’s no secret that lesbian bars around the country are shutting down. In 1975, there were eight lesbian bars in the Castro district of San Francisco, and today there are none. There is an extreme lack of spaces for queer young people under 21 and those who do not drink. Despite the rapid decline in lesbian spaces, gay male bars are going strong.

There have been several articles circulating the Internet discussing the “whys” surrounding the issue. There are lots of theories, with everything from gentrification to more societal acceptance of LGBTQ+ people.

But let’s be honest here: A lesbian bar is a business model that tries to target less than 5 percent of the population. Bars are also geographically limiting and aimed at a population that has higher rates of oppression based on multiple disadvantaged identities. Twenty-three percent of lesbians live below the poverty line, and the numbers are even higher when you break it down by race, ethnicity and gender expression.

Bars in general are capital intensive businesses. A very high percentage of bars fail in their first year.

They’re hard for under-resourced communities to build and maintain because they require a level of investment that most people in our community do not have. We were forced into creating a subculture of inclusion because we weren’t accepted anywhere else, but now we have more mainstream acceptance and digital alternatives to physical spaces.

If you’re going to the bars to meet someone to have a relationship with, then the Internet has definitely put that reasoning out of business. But when I asked my followers online if we still needed queer bars, the answer was an overwhelming yes.

Although discrimination against the LGBTQ+ community is constantly decreasing, I do believe we still need spaces... I do not feel comfortable in a lot of straight spaces, specifically bars. There's always some boy either aggressively hitting on me to make me feel uncomfortable, or fetishizing me and my girlfriend. To simply say it bothers me is a gross understatement.

So many have fought to keep spaces open and safe, and I feel we need many more diverse spaces. It is about community, and I feel the younger generation is missing out on having a sense of chosen family, which have been formed at queer spaces for years. I worry that as we become more heteronormative that sense of community that unites us regardless of other factors will be lost.

Lesbian spaces that don't include people of color and trans people will disappear because they no longer speak to the values of the participants. We’ve already seen this happen with the end of Mitch Fest.

The same separatist politics that are responsible for the rise of lesbian and gay bars also often uphold racist, misogynist, classist and transphobic ideologies. While we need queer spaces, we also need queer spaces that are relevant to the needs of our most at-risk populations.

We need queer spaces because most queer people are not interested in complete assimilation into mainstream culture. One commenter said it best,

I've been thinking a lot about this question lately, as some of my straight clients have recently said things to me like, 'Well, now that it's legal, we're all the same!' And on the inside, I'm screaming, 'OH GIRL, NO!' Equal rights doesn't mean I'm trying to assimilate. It just means I'm just trying to live my big, fabulous homo life with the same standards!

I’m worried for our future, but I’m optimistic. The 11-year-old queer kid inside of me believes that our community is changing for the better, and those changes will uphold the growing values of our culture. While revolution is hard fought, change can be beautiful.