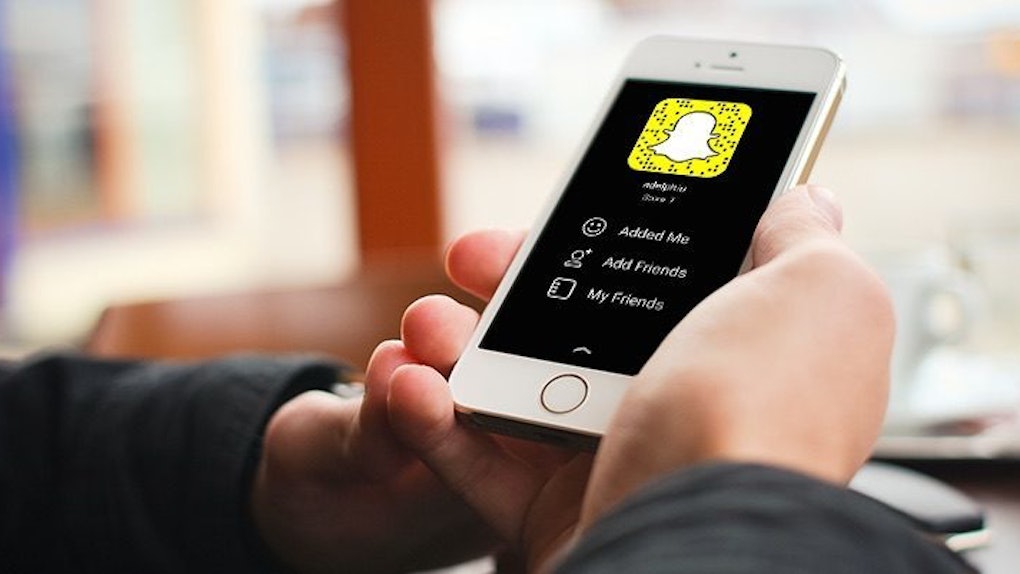 As a woman in comedy, I'm a little bit ashamed I didn't have a devastating, piercing comeback for when it happened.

Now I dream of a comeback so seamless, it weaves the wisdom of ancient feminist knowledge, while simultaneously ripping your face asunder with the acidity of my wit.

But, the truth of the matter is, I didn't have a comeback. I kind of just slinked away.

Because to be completely frank, I'm used to other types of sneak-Snapchats, not five boys the age of my younger brother Snapchatting my butt without my permission.

Honestly, who Snapchats a stranger's butt?

In the past, I've had some real ace responses to catcalls, especially as a redhead.

A man once whispered, “Mhm, I love the color red," to which I brightly returned to him, "It's my favorite color too! So crazy it's yours!"

But, my all-time favorite involved the gall and determination of one man yelling at me across four lanes of traffic. Apparently his phone wasn't ringing (I was on the phone), and said I should call him for the "good goods."

I said, "Be careful! You should watch the road if you're driving!" He was in the passenger side seat and aptly replied, "But, I'm not driving!" So I immediately whipped out a, "Well, you should be … OFF A CLIFF!"

A million angels swooped down and promptly delivered me a high five.

I guess part of the reason I didn't have a good response was because it was Snapchat.

The lines are blurred; how many of your friends take videos of strangers and think it's totally acceptable? Numerous, I bet. That's the intent of Snapchat: to tell a quick story. But when does it become a violation?

I stumbled into FedEx afterward, and the anger was hitting me as I asked the guy at the desk for a small box.

His eyes were glazed over from boredom, and he blinked a response, “To the left.”

I was shaking a little, and managed a, “Sorry, I was just harassed.” His eyes unfocused, and looked at me for the first time with concern. I continued, “Yes, a group of 21-year-olds just Snapchatted my butt.”

A moment or two passed with no response.

I think he managed to shift the weight from his left leg to his right before turning his body away.

So I pressed on, "Sorry, I'm just so mad I got harassed,” to his retreating back.

I think I lost sympathy points because it was Snapchat, and because “that's what it's for!” But, the point of Snapchat is to tell stories, not further perpetuate rape culture.

Maybe I'm having such a hard time wrapping my head around this because I make my living being in charge of the way I am perceived.

I act, write and direct, and to find myself completely out of control of these three made me feel pretty violated.

But I think my response to the situation was pretty human. How many times have we heard friends complain, “Don't take my picture! I'm not ready!”

I wasn't ready to have you zoom in and videotape my butt walking down the street.

When I finally saw you with your camera, one of your other friends said, “Oh sh*t! Did she see?!” To which the friend next to you said, “ Yeah, she definitely saw.”

I was in shock, which is probably why I so aptly, and somewhat in a fumble, responded, “Well … you should show me your dicks!”

I imagine in that moment every feminist in the history of the world (I'm imagining more of Harriet Beecher Stowe to Pussy Riot, but please don't let that limit you) whipping their heads around and saying, “Really? THAT'S what you said?”

Yes. That's what I said.

Because the truth is, I felt like I deserved it a little bit.

I was wearing tight pants. I have Snapchatted strangers without their permission. After I told the FedEx man I was harassed, I did proceed to dump a tiny bikini on the counter to return.

But, what I'm realizing is that what happened says more about our ingrained beliefs as a culture, and how we treat emerging technology.

We should be able to wear whatever we want to wear, and not be afraid someone will violate us without our knowledge or consent.

But, we should also be cognizant of that behavior in ourselves. Each of us has the potential to be prey and predator.

We are extremely fortunate to have access to such blossoming technology. It's just the beginning, and if we could all just examine how we use it, I think we'd be in a much better place as humans in general.

So please, keep my butt out of your Snapchat. I promise I won't take a Snap of someone without him or her knowing, too.

I think that'll eliminate me from having more bad comebacks.