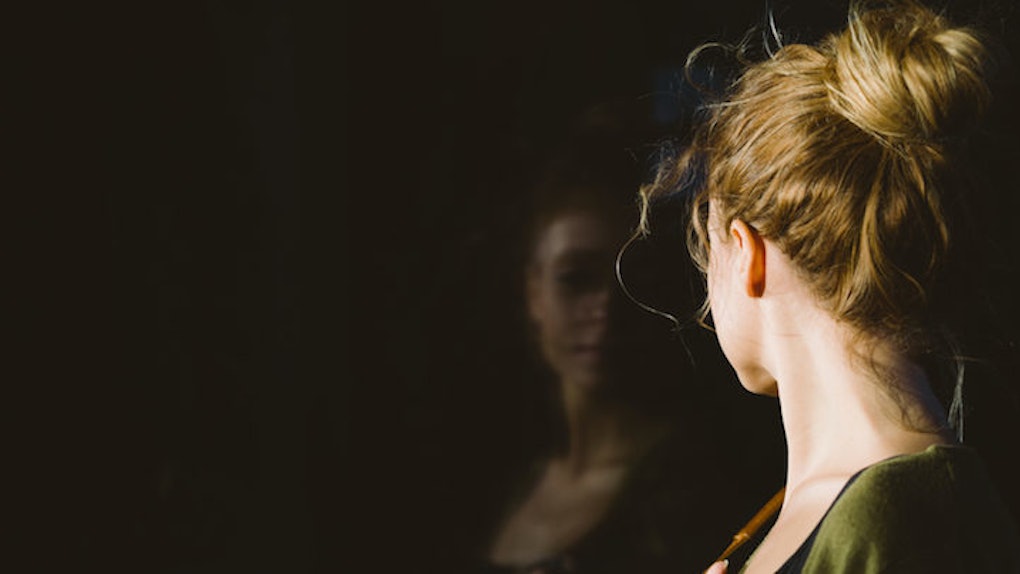 Roughly 105 Americans die every day from suicide. That's over 38,000 per year in the United States alone, and 800,000 worldwide. Nobody can explain this kind of hurt to you. It's unexpected and surreal, but then again, it's something that happens every single day.

You'll never understand mental illness until it happens to you. It's overwhelming, drowning, daunting. It has been four years since my uncle decided to leave this earth, and I still can't believe it today. I still feel the pain, longing and distance. Not one day passes without him crossing my mind. The world stopped turning in that moment. I felt stagnant. Nothing else mattered.

The shock that comes from hearing something so horrific is intense. I sometimes try to imagine what must have been going through his mind during that time. It's painful to think about, but I can't seem to shake the habit.

I wish I would've known. I wish I could've seen what was ahead. I wish I would've made an effort to visit him more and soak up every moment he was here. I replay the times spent with him over and over in my mind to try to relive those moments. He had such a distinct, goofy laugh — one that will be hard to forget.

You truly never know the demons people are concealing. Their exterior can be such a façade.

“I had no idea,” “I never would've known,” “You hid it so well" and, “But you seemed fine,” are all things I have said to myself, and I know I'm not alone. That's actually a lot of the feedback I received when my article was published. But that's the thing, nobody knows what you may be hiding. Humans aren't mind readers, and not everyone displays their demons on their sleeve. I sure as hell don't (or didn't, until now).

Just because someone looks or seems OK doesn't mean that they are. I know that firsthand now, and I feel sorry that I used to judge people so harshly about anything, since you never know what people may be going through. It's like an iceberg. We only see the portion that isn't submerged under water. There is so much of a person left unseen. Nobody understands your struggles but you. Nobody feels what you feel.

Recently, I watched an interview with Lena Dunham, where she mentions her struggle with mental illness and the devastation of Robin Williams' 2014 suicide. She said something that really resonated with me, and something I think a lot of people should take into consideration. She said, “We shouldn't be shaming him, we should be celebrating his bravery for the fact that he lived with this for as long as he did.” I've never heard it said so beautifully.

It's easy for people to ignorantly think suicide is a selfish, evil thing to do, and that it's simply the “easy way out," especially if your religion tells you to believe such things. But, again, you never know until it happens to you. You can't fully understand something unless you've been through it yourself.

But I wear my heart on my sleeve now. Literally, and figuratively. My wrist reads “resilient.” I am resilient to the things I used to think would break me. I am resilient to all of the struggle, heartache, depression and anxiety I have known so well for so many years. I will be resilient because my uncle was not, and I will be strong for him. I'll live fearlessly in his honor because I know he would want nothing less for me. I won't falter. I'll speak out when I need to, and not be afraid to ask for help. I understand that not everyone wants to admit they have a problem, but sometimes the best thing you can do for yourself is to admit it. Even if it's just to one person. By keeping things in, we're hurting more than just ourselves. So, say something. Anything.

I know now, as a 24-year-old, that it's OK to be broken. It's OK to admit we're human, and that we're vulnerable. We're all vulnerable. We all have our sh*t. It's OK to reach out and ask for help, to admit you need help. Encourage your loved ones to do the same.

Be there when someone wants to open up to you. Be empathetic, be their shoulder to cry on. You may not know what they're concealing, but you could be the very thing that saves their life.