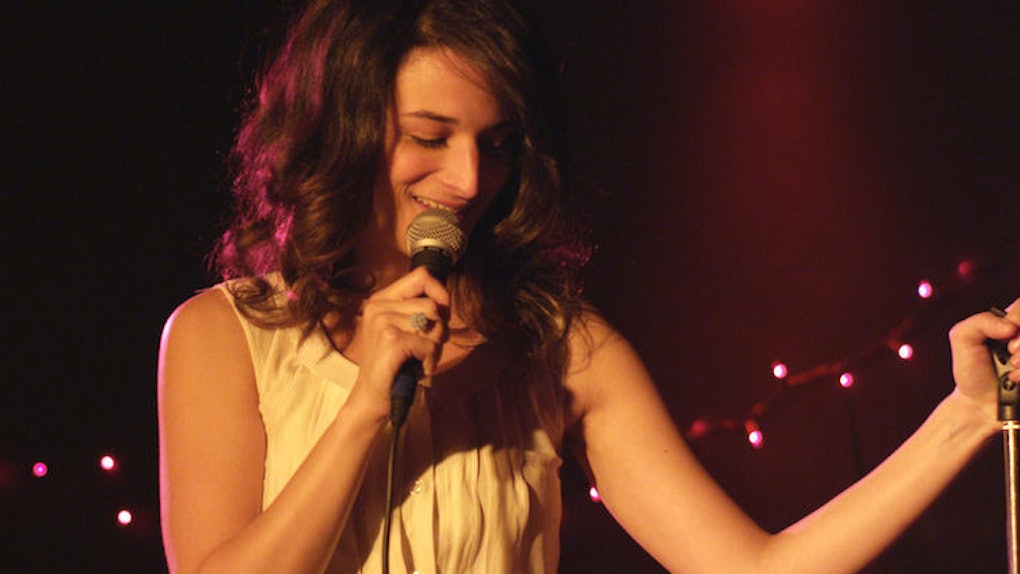 Having to wear a medical-grade eyepatch in elementary school really changes you. The eyepatch, worn under perfectly circular glasses, transformed me from a cute toddler to a post-Quidditch accident Harry Potter.

Fun fact: It turns out kids don’t want to hang out with someone who looks like a fictional wizard that wasn’t even created yet.

I then threw myself into reading, writing, puzzles or anything else that didn’t require a second person. My appearance eventually changed, but my hobbies didn’t. Just a couple years ago, I took the ultimate triathlon of reading, writing and puzzles: the LSAT.

Wow, what a great story about an ugly duckling who grew up to become the greatest lawyer of all time.

That's what I would be thinking at this point, and it's definitely what my mom still wants. But no, I dramatically changed my life this summer. I leased out my apartment, didn’t register for summer classes, left my great job at a criminal defense firm and got the hell out.

This past summer will forever — or until a crazy fan destroys my diary — be known as the summer I accidentally became a famous* touring stand-up comedian.

(*Famous is used by my dear grandmother, who is convinced my Facebook is a website someone made for me. I didn’t correct her because she is adorable, and I am the worst.)

What I want is for you to know what can happen when you listen to the Dove chocolate wrappers and actually try to follow your bliss, even if just for a summer.

Be your own "Made" coach.

The first time I did stand-up, everything fell into place. I'm kidding.

And that was because a friend heard about my bad experience and signed me up without asking. (Sorry, I meant “friend.”) That second time wasn’t too much better, but no one blacked out.

Shortly after my set, the club manager approached me to open for its headliner next month. What? I had only performed a combined total of nine minutes. But since I was suddenly a professional comedian, I did not say this out loud. I just nervously nodded.

Maybe the club was desperate. Maybe it really needed a girl on stage. Or maybe, I just ignored those evil voices in my head, and started embracing the fact I just may be onto something.

After quickly remembering that "Made" has long been lying in the cancelled shows grave with "That’s So Raven" and "Even Stevens," I realized I had to do it myself.

As my own new "Made" coach, I signed up for as many shows as I could find. I wrote. I sent my video to any festival accepting submissions. I wrote some more.

The more I performed, the more I realized how much I loved it. My "Made" coach and I had a long talk in the mirror about my goals, and we agreed that if I ever wanted to do anything with comedy, I would have to leave town.

Great, I’ll move to New York after graduation. I could go this summer, test it out, but no. I’m not ready. What about my job? What about summer classes? How the hell do I find a place to stay for only two months? New York is overcrowded, and I don’t even know what the weather would be like. How would I pack?

Spoiler alert: You will never reach a point where you exhale and say to yourself:

"Made" episodes didn’t start when the kid was mentally prepared; they started when the coach invaded his cafeteria and forced him to get moving. The more I thought about spending the summer in New York, the more terrified I was.

This is going to cost a lot of money that I don’t have. I can’t just risk the—

I had a new email notification.:

And just like that, whether I was ready for it or not, the trip became real. Thanks, "Made" coach.

During my two-month trip, I cried about 30 times. The plan was to do the festival in Los Angeles for the first weekend of June, and then head to New York for more performances and an eight-week improv class at the legendary Upright Citizens Brigade Theater.

I booked the flights, found places to stay and then realized this was seriously, actually happening. I couldn't back out.

That was the first time I cried.

At first, I took all my crying as a sign I shouldn’t have been there.

But then it dawned on me: If I wanted to make the least stupid choice, I would’ve stayed at home. It was extremely stupid, and it was extremely hard. But it was exactly what I needed to be doing.

After a good cry, wipe away your tears with the same tissues Donald Trump uses: dollar bills. Seriously, once I found a part-time job in New York, I stopped crying so much.

I wasn’t an outsider anymore, or at least as much of one. I don’t want to tell you where I worked out of respect for my employer. (I will tell you that we sold American Apparel clothing, but I won’t tell you anything else because I’m so respectful.)

One day, while hanging up leotards, my 19-year-old coworker asked me why I was spending the summer in the city. He laughed at my response:

Ha! A comedian. I knew something was off about you.

Coffee, tea, meth or however you prefer to pump fuel into your lifeblood, be prepared to do so. Your time is limited, so make it count.

Toward the end of my two months, I was doing five shows a week. This hurt, literally. My body was wrecked with blisters, and my insides were wrecked by too much cheap pizza.

The last show of my trip was the night before my 7 am flight home, and I stayed up way too late having deep, drunken conversations with my improv friends.

We reminisced about our class, ate more pizza and joked about how we should just make a living dabbling in every career field. Life is too short to settle. On the flight back, I was in so much pain, but I couldn’t stop smiling.

No one knows you as well as you do. Repeat that. Repeat it again.

People have told me that pursuing stand-up is a waste of time. People have said:

There is no way you can do this as a career, but we hope your little vacation from reality was nice. Oh, I heard she wants to do stand-up comedy! Aw! Good for her. It’s cute to have dreams before working for a firm renders her soul incapable of dreaming!

When you do something bold, people are going to notice. They will doubt you, question you and analyze your motives.

The sad thing is, the vast majority of people who question you just hope your answers will somehow justify their own life decisions. Very few people actually care. It's depressing, I know, but once you accept that, you can do anything.

It’s liberating, really. No one knows you as well as you do.

I am currently writing this at my desk in my apartment, back at school. The same people who hated on my escape to New York are now hating on my decision to come back.

These people do not know me as well as I do. No one does.

People are going to judge you regardless, so you might as well do whatever the hell you want. I may be sitting at the same desk as last year, but I’m a completely different person from the 5’4” glob of perpetual anxiety that sat here a year ago.