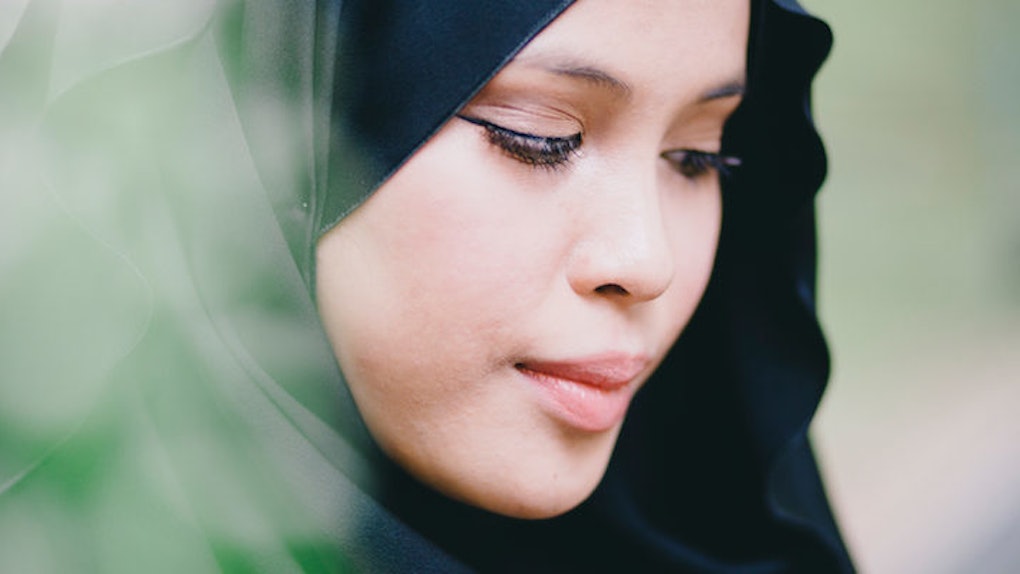 Why Wearing My Hijab Makes Me Feel Empowered, Not Oppressed

Ever wondered what that thing is I’m wearing on my head?

Did you ever feel too shy to ask me?

Or were you afraid of sounding ignorant?

Rest assured, I will answer that question for you.

But first, let me debunk some myths:

1. It is not a towel. Most styles are wrapped using a scarf.

2. Women are not forced to wear it. It is a personal choice.

3. The proper term for it is hijab, however, that word encompasses a much deeper meaning that I will try to convey to you. It is not just an article of clothing that covers a certain body part.

In our world, women are sexualized and objectified to an unacceptable extent.

However, there was also a time in history when women were considered subhuman.

They were not anywhere near the status of men. (Not that we are completely equal today, but we're getting there.)

In early Arabia, women were tokenized as just statues of beauty.

At one point in time, women of the household would be hidden behind a curtain when male guests were over so that men would not stare at them and admire their beauty.

It was a form of protection that some households took to protect their women from sexual objectification.

However, this method can only further the objectification because of the ironic idea that women must hide in order to not be sexualized.

When Islam arrived through the Prophet Muhammad, a very specific piece of advice for women was given: Cover your bodies in a modest fashion.

But right before that was the obligation for us to respect people's privacy.

The hijab goes beyond just women covering their hair, bosoms, arms and legs.

The hijab is a protection of a woman's privacy and her dignity.

To me, covering my body is telling the world that I am in control of my own self.

I am in control of what you can and cannot see of my physical body.

On "The Daily Show with Trevor Noah," Dalia Mogahed, the director of research at the Institute for Social Policy and Understanding, defined oppression as “the taking away of someone’s power.”

When Noah asked Mogahed if the way she dresses is oppressive, she said that if it did, then that would mean the only power a woman has is her sexiness in public.

The hijab is not merely a piece of cloth that covers a body part.

Every human being practices a form of hijab.

Hijab is what taught me to shoot down my ego when I felt like my physical beauty was all I had to attract attention.

Before I began to cover my body, I used to drench my hair in mousse so it would drape over my shoulders in shiny curls.

Every day, I would meet a new person at school solely because they had a comment to make about my hair.

They would touch it, twirl it in their fingers and stare at it in admiration.

My friends once held a kickback at my house just so they can take turns straightening it.

I will admit, it was beautiful.

However, I felt something was wrong.

My hair cannot be the only part of my identity that people loved.

I wanted people to admire me for what was within.

To me, the hijab is a way of forcing people to see me for what is inside my heart and mind, not how physically attractive I may be.

It forces you to look inward, not outward.

After I covered my hair, people saw me for Marwa, not Marwa's hair.