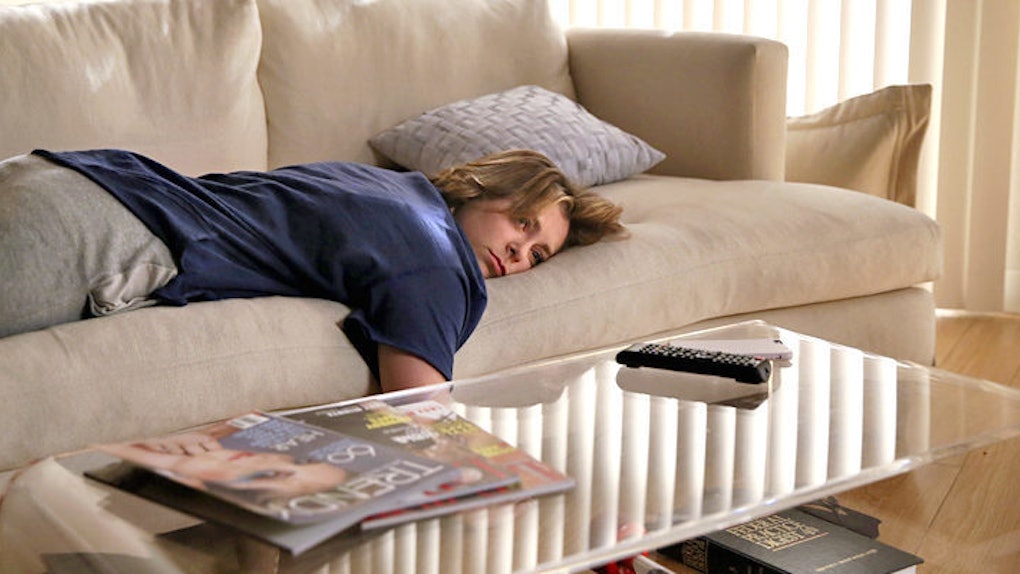 You Don't Need To Have A Plan, Just Work On Having Options

I was out with a friend when someone made the mistake of asking about her plan for next year.

They were met with a dirty look so quickly, they immediately apologized. She was right to be annoyed; it's a rude question.

We all seem to have a wobble, a rather big one, in the months leading up to graduation because our plan is swiftly reaching its end.

We start to panic because we think, "Well, what next?" There needs to be something next. We need direction. A plan equals a purpose.

We need purpose, or else what the fuck are we doing here?

I wobbled towards the end of my final year of undergrad. At one point, I had the genius idea of being an au pair overseas for a year.

Anyone who knows me can appreciate how ridiculous this idea was. But, for a brief moment, I convinced myself it was a viable option.

Eventually (thank you, past Caitlin), I opted for postgraduate studies. This meant one more year in university; it meant I had a plan; it meant I could relax.

But then, a few months before graduation, I had another wobble. Now what? My plan is almost over!

At that point, I was struggling through undiagnosed depression and anxiety. I was in a bad relationship.

I had to move back to my parents' house. I resigned from my internship. My grandmother was diagnosed with cancer. Everything, literally everything, was falling apart around me, besides school.

Not having a plan increased my anxiety and decreased my self-esteem. My assignments were the one aspect of my life I could control, the one sphere where I could excel.

And, thank god, I did. Because later, when I was out of the funk and mist and had climbed out of my depression, those grades gave me options. But I'll come back to this in a second.

We're taught we need a plan.

From an early age we're asked, "What do you want to be? What are you going to do?" As if, in our pimply, pubescent state, we're supposed to know what our future looks like when the adults asking us don't even have an idea.

I remember looking at my tutors in first year and thinking, OK, you all have this university thing figured out.

Flash forward two years, and I'm the tutor (how anyone let me occupy a position of authority often eludes me). And let me tell you, I have no idea what the fuck I'm doing most of the time.

But I think this was a very important lesson. No one knows what the hell they're doing. Everyone is winging it.

So, basically, I'm anti-plans. Plans are limiting. Plans leave you with two results: failure or success.

Failure is failure, and it's often shitty. Success isn't that much better because it means you need a new plan.

Plans, by their very nature, are goal-orientated and achievable (or not). Plans can be completed (or not).

And then what? Another existential crisis while you figure out a new plan?

And what's the most annoying is that plans are often just about the "doing" of something. They usually exist in isolation, without considerations of happiness or mental health or relationships or self-love or personal growth.

Isn't that the most beautiful idea? Doesn't that just annihilate so much of the pressure? And it's just so accurate.

We never become anything. We don't wake up one morning and arrive at our ideal self. Because life is continuous, it's always changing. And we always need to change, adjust and evolve.

We never become anything. We don't wake up one morning and arrive at our ideal self.

Plans stop fluidity; they gear all our decisions towards a specific outcome we determined long ago when we were different people.

They don't make sense. They mean we put on blinkers. They mean we stop thinking critically about what we're doing and get stuck on a hamster wheel.

I think this is the big lesson I learned last year: options are important; plans are limiting.

Last year, I had a plan. I wanted to graduate from Honours with a First Class Pass. That was where my plan ended, and that was all my plan included.

Plans stop fluidity; they gear all our decisions towards a specific outcome we determined long ago.

And when I was on track to achieve this, I started to panic because I didn't know what was next.

Moreover, achieving this meant everything else was put under enormous pressure.

So, going forward, I didn't want to repeat that formula. I didn't want to come up with a new plan or degree every year and reach burnout trying to achieve it, only to fall apart when it was over.

Options are important; plans are limiting.

So, here's what I'm doing now: I'm working on options.

Academically, I did well last year (even though it felt like I literally failed in every other aspect of my life, and maybe I did).

My academic results gave me options, and options were far more useful than having a plan.

Options meant I didn't need a plan. It put me in a position where I could apply for various things that excited me, and follow where they took me (I love studying and I love universities , so this was important).

But this doesn't mean marks are what will give everyone options. They were important for me because of what I want to do.

Maybe it'll make more sense for someone else to drop out of university? I don't know.

The point is to constantly interrogate what we're doing and why, to not get blinded by our plans.

I try to imagine myself as this non-linear being who has happy days and sad days, and frustrated days, serious days and productive days.

There are no good days or bad days. There is just me, every day, doing the best I can.