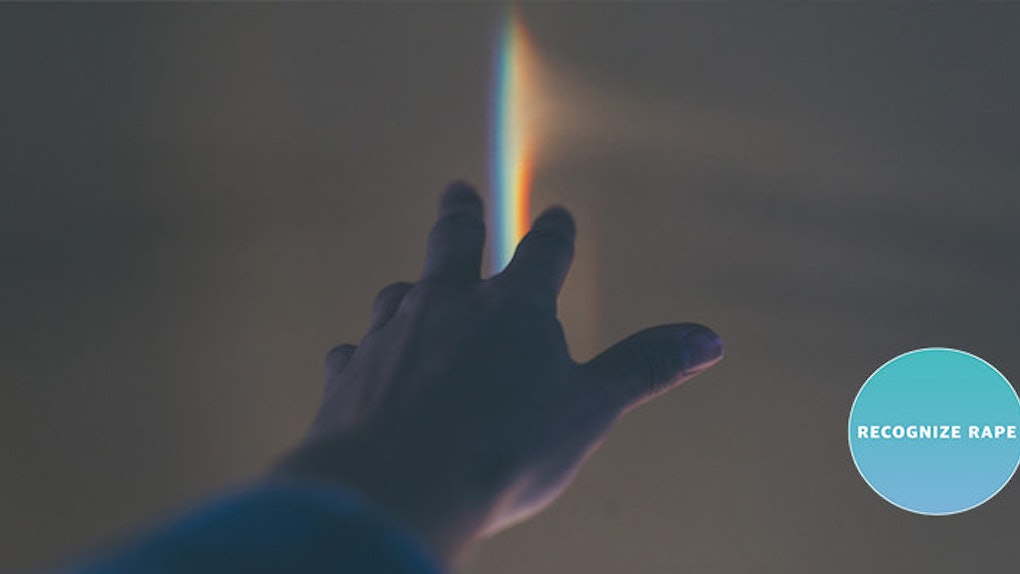 Sexual harassment is something individuals, both male and female, deal with almost every day. What we hear about most is females being harassed by males.

But men are also sexually harassed.

Men, though, are more likely not to come forward due to many factors, like fear, embarrassment and society's views on masculinity and how a man should behave.

Men are also sexually harassed. Men, though, are more likely not to come forward

Individuals who come forward are strong and courageous for speaking out and coming forward with something that is embarrassing, life-changing and personally affects them.

Want to know how I know how it feels? It happened to me. It changed my life, and until now, I haven't ever fully expressed how.

I was 17 years old and working for a corporate grocery chain in Georgia. There was a man who worked there over nights. Every time he saw me, he would say little sexual comments and even smack my ass.

Being a man, I thought I could never say anything. Men don't complain about being sexually harassed.

Being a man, I thought I could never say anything. Men don't complain about being sexually harassed.

I also thought it would never go any further.

I was working the overnight shift. The abuser took this opportunity to take advantage of the fact that there weren't many people there.

I went upstairs where the offices were located. He followed me, locked me in the office and then thrust himself onto me while I was trapped into a corner.

What happened immediately after, I am embarrassed to say, I don't remember. Everything went blank in that moment. My mind blocked everything out.

The next thing I remember, I was out of the office alone and getting as far away from this man as possible.

I took the next couple of hours to just think. Do I say something? Who do I tell?

At this point, I wasn't out about being gay. Hell, my being gay was something I wasn't even thinking about.

I was scared, embarrassed and lost. What would people say about me if they found out? Would they think I wanted it?

I was also mad as hell. I was mad, as a young man, I allowed myself to be put into that position. I was mad I cowered and let someone have power over me.

More importantly, I was mad I didn't know what to do next. Do I just keep this to myself or do I step up and take the hard road and say something?

I told the manager the second he walked in the next morning.

The company handled it in the most professional way possible. My co-workers looked after me and did everything in their power to protect my privacy and well-being.

Yet, what happened next, personally, wasn't quite as wonderful.

Like I said before, I wasn't openly gay at this point. I had never had sex with a guy, kissed a guy or even touched another guy in a sexual way.

And after this incident, I wasn't sure I ever wanted to. Is this disgusted feeling I felt what it would always feel like? I was violated.

I had never had sex with a guy. And after this incident, I wasn't sure I ever wanted to.

I was still embarrassed, but most of all, I was sexually stunted. I seriously would shake and feel dirty if a guy ever touched me. The thought of simply having sex with a guy disgusted me and made me feel gross.

It would take years before I was able to get that disgusting feeling out of my head every time a guy touched me. It took time, but I was determined to get my life back. I wasn't going to let him win.

I sympathize with all the people out there who are sexually harassed on a daily basis.

Sexual harassment isn't a joke. It's life changing, and can deeply affect the individual. If you hear of someone who has been sexually harassed, DO NOT judge them without hearing all the facts.

Take it from me: The judgment we as victims put on ourselves is hard enough.