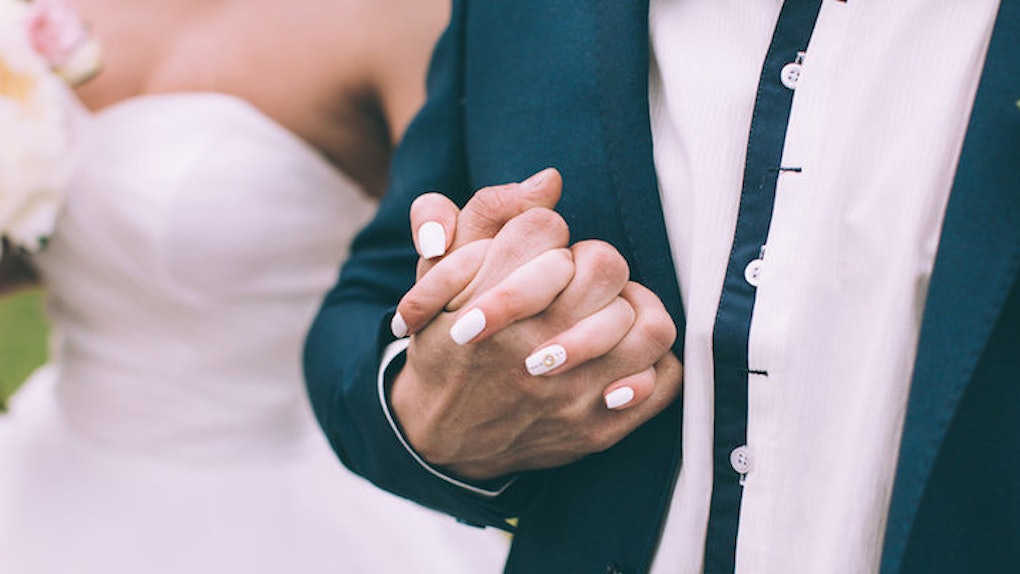 Why More Millennials Are Flip-Flopping Their Views On Marriage

Over the past five years, my view of marriage has been batted around in my head more than a ball in a furious game of table tennis.

It has definitely seen both ends of the table.

I just always figured one side would win.

But unfortunately, the games goes on.

As my brain uses my emotions in this mental ping pong match, every so often, someone drops the ball.

Five years ago, I had just graduated from high school.

I had started community college to finish my general education with the plans to move on to a “real” college.

I knew in my heart of hearts that I wanted to get married young and start a family immediately.

I had taken mental notes of the way my father treated my mother and the way he treated his children.

I thought that my purpose in life was to have children and to live selflessly for them.

I didn’t care if it meant giving up all my hopes, dreams and everything I wanted.

I was dead set that this is what I was meant to do.

I was so wrapped up with the idea I was supposed to be the father I never had and the father I had always wanted.

It didn’t take long for my views to alter, though.

Only a year later, I was at the complete opposite end of the spectrum.

I decided to follow my dream of becoming a full-time photographer, and I didn’t see the need to go to school for that, so I quit.

I was living my life for me, and I was the complete opposite of a “selfless father” I dreamed of being only a year ago.

I’m not really sure what happened, but I’m attributing the shift in thinking to the string of women (or lack of) I was pursuing.

I kept going out with women whom I didn’t quite click with.

They were perfectly wonderful people, but I would always find something wrong with them.

I would pick out their flaws, and they would fester in my head.

I would get so trapped in my mind that I would kill any chance of a relationship before one actually began.

So, I just decided I would spend the rest of my life focused on work, and that’s what I did for several years.

I had been living the life of solitude for three years.

Well, not complete solitude. I had a handful of love interests that fizzled out rather quickly.

Some of them fizzled due to my nature to nitpick flaws, and others ended due to my lack of commitment.

In all fairness, this was incredibly accurate.

I had spent the last three or so years focused only on myself, my own wants and my own needs.

She came into my life at the absolute worst time.

I had just come out of two really heart-rending experiences, and I decided I needed to be alone for a while.

But for some reason, I couldn’t help but fall for her.

We met through work.

After our first interaction, I told myself not to get involved.

However, I couldn’t help myself.

The more time I spent with her, the more I realized she was the person I was looking for.

She was the woman who fit into the impossible mold I had cast for the perfect girlfriend.

As we starting moving further past the point of no return, I learned she didn’t want to get married.

She had no problem being committed to someone for the rest of her life, but she just didn’t think marriage was for her.

This was honestly perfect for me.

I had spent the last couple years fine with the idea I’d never get married.

I was just happy to have someone committed at all, and let’s be honest: The only real reason to get married was to follow some set of religious rules or for tax purposes (or so I thought).

So, we both settled on the fact we were never getting married.

Well, until one day, when I woke up and realized, “Oh sh*t. I really want to marry this beautiful woman lying next to me.”

I felt so strongly about it that I felt it was something I needed to do.

I realized there are other reasons to get married other that the trivial ones that made me resent marriage so much in the past.

I realized I wanted to show this woman I was so devoted to her that I was willing to commit the rest of my life to her.

As it turned out, that’s how she felt, too.

So, that’s what we now intend to do.

Well, not right away.

We aren't particularly irrational people, but along the way, we plan to commit the rest of our lives to each other.

The only thing that has changed from this point of view and my view from five years ago is that I, as well as my girlfriend, don't want to have children.

We have decided we would lead more fulfilling lives if we spent our time traveling and making art instead of raising a family.

This could very well change, but for now, this is where we stand.

Looking back at everything, I can’t help but shake my head at how naive a person I was.

I can’t believe some of the things I did and the way I felt at certain times.

I was so frustrated with my past self, but then I realized it’s OK.

It’s OK for my point of view to change.

As I get older, I change physically, so it only makes sense that I would change mentally as well.

Every day, I gain knowledge and experience, which both help me make decisions about how to live my life.

None of my views were ever wrong (and neither are yours).

It’s OK to want to get married and start a family.

It’s OK to want to be single and focus on work.

It’s OK to meet someone, but not get married.

It’s OK to get married and not have kids.

No matter what your view is, it will never be wrong.

So stand tall in your beliefs, know they will change over time and know you are never wrong.