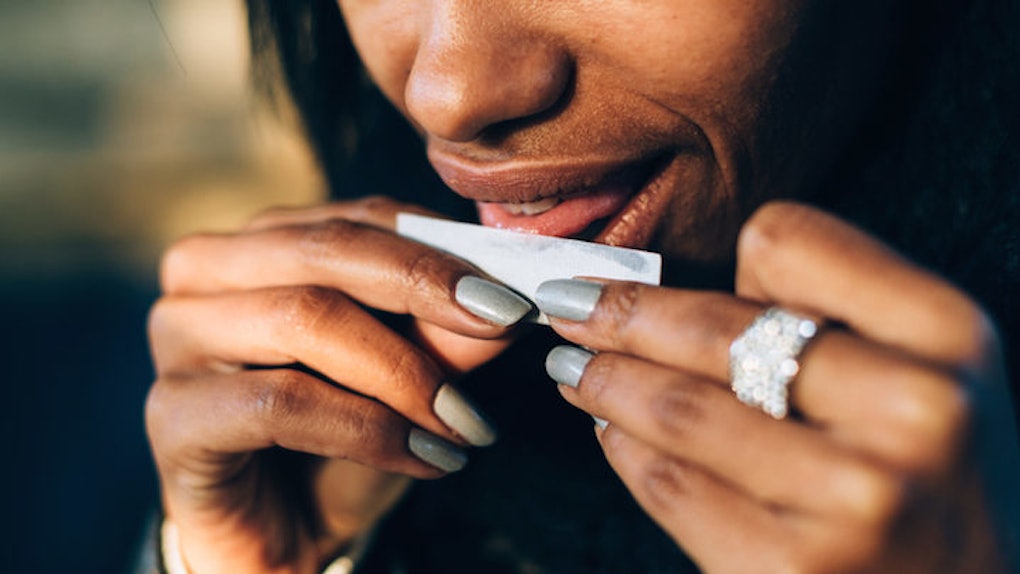 Since the birth of the stoner archetype in movies in the mid-1960s, pop culture tokers have shared a common trait. These lovable screwups — Cheech and Chong, Shaggy and Scooby-Doo, Jay and Silent Bob, The Dude and any character ever played by James Franco or Seth Rogen — are always men. With the most notable representatives of the cannabis community all possessing Y chromosomes, it's not surprising the act of smoking weed has historically most often been associated with dudes, on screen or off.

With overall social acceptance on the rise and legal reform happening in many states, a slew of female pot advocates have stepped into the spotlight. From very proud smokers like Miley Cyrus and Rihanna to less vocal users like Lady Gaga, Cameron Diaz, Kristen Stewart and Jennifer Aniston, the uptick in media normalization of weed use among women has led to a considerable rise in the number of lady stoners willing to cop to their recreational habits.

While the female stoner has always been around, some newer research may give us insight into why so many women are rolling up, and the male-only stoner stereotype is becoming a thing of the past.

1. Marijuana is used to treat mental disorders like anxiety and depression.

This won't be news to many (very few people smoke weed because it doesn't feel good), but the body's chemical need for cannabinoid stabilization may be what makes regular smokers keep coming back.

Rates of obesity are about one-third less in individuals who smoke marijuana three times per week than those who don't partake. This is a statistic that would shock anyone who's ever waited in line at a Taco Bell drive-thru after midnight.

A 2013 study published in The American Journal of Medicine found that marijuana was associated with lower levels of fasting insulin and insulin resistance, therefore helping regulate body weight better, which more than counteracts the calorific effect of the munchies. This isn't to say only women are interested in a smaller waist circumference, but it's certainly a nice perk.

3. PMS is linked to cannabinoid deficiency.

The cannabinoid and reproductive systems in women are closely tied, and a lack of cannabinoids could be affecting your mood before your cycle. PMS can be significantly eased by increasing cannabinoids by smoking marijuana. The same link may subconsciously compel women to be more interested in smoking at some times of the month than others, which could be why women are less likely to be everyday smokers.

4. Smoking weed may help you get it on.

While it's been shown time and again that marijuana has the ability to decrease sex drive, recent studies on the cannabinoid system report the effects of pot to be the exact opposite for women. It actually helps increase sex drive and sexual pleasure.

According to Dustin Sulak, an osteopathic physician who also gives national lectures on marijuana,

Unlike men's Viagra, cannabis doesn't have a single effect on physiology. It has broad effects on body and mind, and can be used to facilitate healing of the root of sexual dysfunction, as well as making the experience of sex a little — or maybe a lot — better.

Both men and women have been enjoying recreational use of marijuana for centuries, and it's exciting to see the stigma around the act disappearing for both genders. Overall, the effects of marijuana have been proven to be very positive for women based on our chemical makeup alone. With new health benefits of the drug being discovered regularly and researchers pushing us closer to widespread legality, it's clear that diamonds may be great, but weed is a girl's best friend.