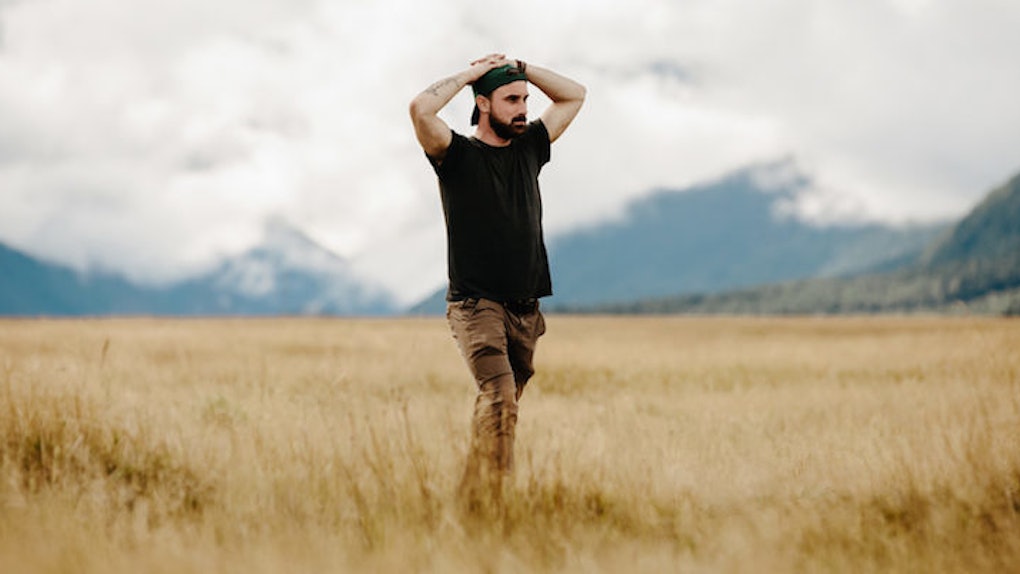 8 Fears Every Guy Has But Would Never Admit To Having

We might try our hardest not to show it, but we men have our share of fears -- usually a whole lot of them.

Whether we're worrying about our relationships, our careers or more random concerns, life is stressful, and there are a bunch of things we feel uneasy about. And that's completely normal. The future is defined by the unknown, and -- let’s be real -- the unknown is scary.

A lot of people see fear as something negative -- something to avoid. But being afraid of certain outcomes doesn’t always mean you're weak; it simply means you pay attention. And the fact that you’re so aware of certain threats means you’ll be better suited to cope with them down the road.

The best thing to do with fear is to meet it head-on and come to terms with it. I've compiled eight fears that most guys have (but might not admit to having).

Whether you’re a guy or a girl, you probably have an inherent fear of commitment. Whether it's about a person, a new job or a new Netflix series, commitment can require a great deal of effort.

For the average guy, committing to a woman will typically mean some sacrifices. But these sacrifices don’t necessarily have to change who we are. Because while being single is great, the prospect of finding a life partner usually trumps the desire for independence.

There will come a time in every man’s life when the fear of commitment will be trumped by the urge to find something more, some deeper connection.

While men might fear commitment, I can also promise that we also have a fear of being single -- at least for too long, anyway. Nobody wants to grow old alone, so it’s normal to worry about finding the right person. You want to be in a relationship, but you don't want to jump into the wrong one.

Although we may seem confident and secure, men truly fear rejection. When we do strike out, we might try to push away our fear, but it definitely grows as we get older.

It's often difficult to live up to what society expects of men. "Real men" aren't supposed to show emotion or express their feelings. So we develop (false) hardened personas to strap on in case someone might be watching.

It’s a stupid fear. Everyone -- men and women -- have emotions.

But it's still hard to say there isn’t some pressure to conform. And even if we don't question gender roles in childhood, I hope we can become secure enough in our later years not to measure ourselves against them.

4. Diving too deep into a career we don't enjoy

Every man wants to be successful. Whether because of personal pride or a desire to ensure our (future) family's financial stability, we often worry about career success immediately after graduating college.

A lot of people will enter the workforce with one goal: money. That doesn’t seem like a bad plan of action, but it can lead to some unhappiness down the road. No guy wants to be stuck working a nine-to-five, weekday job that makes him f*cking miserable.

This is a rational fear. Still, it's important to remember it's never too late to go back to the drawing board.

5. Having a midlife crisis

Whether or not we tell you about it, every guy fears losing his youth. Sure, the prospect of copping a sleek sports car when we hit 60 is kind of appealing. But it’s normal to be a bit anxious about growing old.

To conquer this fear, perspective is key. If you see growing old as a step down from your youth, you’re only setting yourself up for disappointment with every birthday candle you blow out. But if you see age as a true measure of your maturity, you'll be able to take the years in stride and enjoy them for what they are -- part of life.

When we hit middle age, we start to worry about our bodies failing us.

Older men tend to think of the days when they could have done a full gym workout, gone for a swim and still had enough energy for a pick-up game of basketball.

Men are afraid of their knees getting weak. We’re afraid of the "dad bod" (despite its 15 minutes of Internet fame). We’re generally -- and genuinely -- worried about getting old.

But it’s something that everyone goes through, and worrying about it isn’t going to make us look any younger.

We wonder if we'll be able to handle the little things, like diapers and snacks. We worry about the big things, like finances and college tuition. We stay up late thinking about our children's future.

And we're frankly worried about how sh*t will pan out. If we've played and watched sports for our entire lives, it's only natural that we'd like our children to do the same.

And, sure, the idea of having a child who hates our passions is a little startling. But as we mature, we understand that what matters most is raising a happy child -- not one who looks or acts a certain way.

8. Living our entire life without seeing our favorite sports team win a championship

I thought this was finally going to be the year. I'm 23 years deep in this sh*t, and none of my favorite teams has won a ring. Knicks? No. Jets? Uh-uh. Isles? Not in my lifetime. I finally thought that lightning might strike in the most unlikely places -- Citi Field, this Fall Classic -- only to be let down again.

Trivial as it may sound, however, this is a legitimate fear for the guy whose life more or less revolves around whatever sport is in season. And while this may be a real fear, it is also one that is fully out of our hands.

Regardless of how bleak things may seem, you have to keep faith and hope for the best.