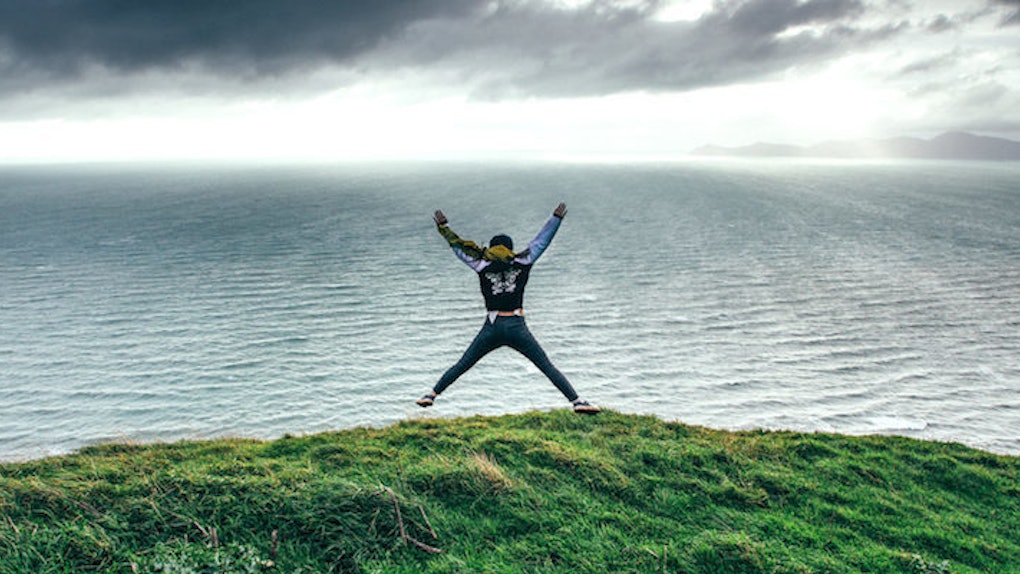 In A World Full Of Travelers Who Do It For The 'Gram, Be A True Explorer

In a world full of Instagram bios that read "traveler," what separates you from the guy in the harem pants drinking cheap beer outside the 7/11?

Everyone's a traveler nowadays. Don't believe me? Go up to that guy with oversized backpack who's knocking people over as he rudely barges onto the tight train during rush hour, and I'm sure he'll tell you he's a traveler. The same goes for the girl over there with the harem pants. If her prayer hands and yoga poses on the beach didn't reek of "traveler," then I'm sure you'll find it in her bio or hashtagged somewhere on one of her pictures.

Travel ain't what it used to be.

It's easier now than it ever has before, and everyone's doing it. The world's getting smaller. Flights are cheaper and more accessible. We have millions of apps, travel guides in almost every language and even an in-ear device that instantly translates foreign languages. We have Google Maps, TripAdvisor and more.

We have almost everything we need to get by.

But, there's still no substitute for seeing the world firsthand. That in-ear translator is handy, sure, but it's easy. And easy isn't fun. Easy is staying in the tourist district. Easy is hanging out with other tourists.

And if that's how you travel, then I'm afraid you're going to miss out on a lot. Sure, you might see the sights, eat some good food and, of course, be in an incredible new place. But, the chances of you finding that restaurant in the back corner that has served the same chicken recipe for the last 25 years are slim.

Some travelers spend their whole lives wandering, while most of us just spend a week or two here or there. I've been lucky enough to step foot in 17 countries so far, and I've met some incredible people along the way. Those people taught me some incredibly important things.

Here are five things you can do to experience the world, not just graze the surface.

Nobody likes a cultural imperialist. Instead, acquire some kind of prior knowledge of a country before visiting, or at the very least, be open and polite. Don't get angry when communication breaks down.

Being considerate isn't just abiding by a country's laws and social appropriations, either. Sometimes, it just requires a little common sense. It can be as simple as taking off that big backpack before getting on the train. Because you know, some people are on their way to work and don't need to be knocked over every time you turn to see if you've reached your stop yet.

How you present yourself says a lot about who you are. Nothing says "I'm a tourist" more than harem pants, a Chang singlet and flip-flops. And there's a difference between eating or drinking a little extra on holiday and being an all-round slob. Of course, after some time on the road, things happen, and you might grub out a bit by the end of the day. But, that doesn't mean you should start the day that way.

There isn't a strict dress code for travelers, you know? You don't need hiking shoes to cover the means streets of Bangkok. You also don't need a CamelBak to spend the day in Milan. Sure, from time to time, you'll have to tweak your outfit to suit your surroundings, but in general, why not roll with what you'd wear at home?

Take a tip or two from locals. Yes, it might be hot, but if they can bare it, you can, too.

3. Stray from the crowd.

Take the road less travelled. The comfort of seeing a familiar face, hearing a familiar accent or connecting with someone from your country when you are abroad can be a good or bad thing. If you're doing it daily, though, you are missing out on the chance to do something totally different.

Sometimes travel is about making yourself uncomfortable. Will taking that tour and seeing the same thing thousands of other people have seen really be something you'll never forget, or just something to check off of a list? Why not make your own tour?

Using technology at your disposal, meet some locals online. If you aren't gregarious enough in person, see the area as they would. Of course, you should be careful about your safety, but chances are, you'll have a much better story to tell afterward.

4. Bring a little piece of home.

Make the city your own. Wander the streets, read a local newspaper, stop for a coffee and eavesdrop on the table next to yours. Take yourself to a movie, go for a run in the park and take the bus or train home. Take things from your routine life and insert them into this new place.

Watch as the city transforms from something foreign into your new home. You'll be surprised by how much more comfortable a city becomes after you treat it like home.

5. Don't forget how to really travel.

Nobody likes a travel snob. Part of what makes a good traveler is knowing there's nothing wrong with being a tourist. Maybe you've ventured into a land you know nothing about. Or maybe, you're just enjoying the beaches for a few days to rest.

While you should stray from the crowd as much as possible, don't let it jeopardize your own travels. The Eiffel Tower might attract a lot of people, but that doesn't mean you shouldn't see it. In fact, it'd almost be a crime to miss.

“Sometimes, it's about how you travel those places,” one of Asia's largest travel company representatives told me during my last media trip.

And hey, tourist districts aren't entirely bad, either. Often, they're a bit of a laugh. But if you're spending countless days and nights there, then ask yourself the question, "How much am I really seeing?"

If you are yearning for a different experience, try stepping off the beaten path. That's where you'll find me because there really is much more to see. Trust me.