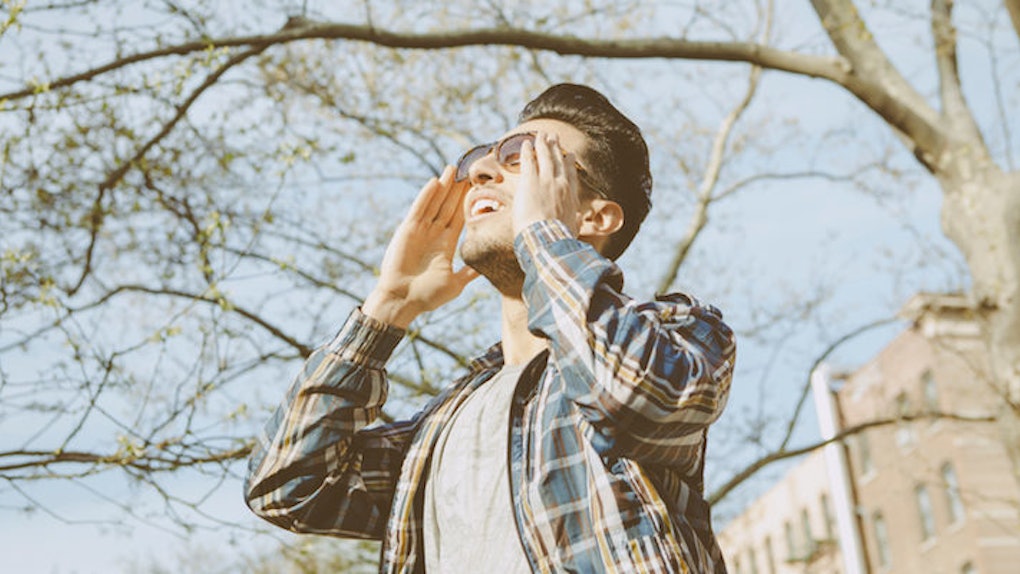 Let's Put Meninism To Rest: Why Every Man Should Be Vocal About Feminism

With this being International Women's Month, I thought it would be apt to speak on a subject that is near and dear to my heart: feminism.

No I am not a meninist -- a troll-based perversion of a movement. I am a man, who is also a feminist. That's right! I am a 29-year-old man from Brooklyn, New York. I am a writer, a stand-up comic, an avid Mets fan, but I'm also a feminist and proud of it!

I saw first-hand how strong women are. Did I mention she was also a soldier? If you tell me my mama wears combat boots… you're right.

Not only was I raised by a woman, I was also educated by women, as well. Besides gym, I did not have a male teacher until the sixth grade. The reason I am able to read and write this article is because women taught me! How awesome is that?

Now I wasn't raised under a rock; I was made aware of misogynistic thinking by television and by hearing people talk, but that's all it was -- talk. There was never any merit behind such thinking. As far as I was concerned, I knew the truth. Still, even though I knew what was what, even as a little kid, it still bothered me that people -- some women included -- believed that women were second-class citizens relegated to a life of playing second fiddle to men.

That's why I have made it a point and a life goal to advocate for women's equality any chance I get. This does not come without a price. I have been accused of being disingenuous, politically correct and, worst of all, pandering to women for approval and romantic affection. These things could not be further from the truth.

It's gotten so bad that I can't even look forward to the new "Ghostbusters" movie without gaining the ire of some men, but to quote a great Ghostbuster, "We can take it."

Most people start out blind to things, only to become enlightened and finally see the world for what it truly is. But I was lucky enough to be raised and educated by strong, intelligent women my entire life.

If we are on this earth, one thing is clear: A woman brought us into this world.

No matter what you are, no matter who you are, a woman nurtured you inside of her body. A woman's heartbeat was our heartbeat before we even had a heart. That is why, when it comes to feminism, I ain't new to the game; I'm true to the game.

I love women. A woman is my hero, a woman has been my mentor, and one day, I hope to marry a woman and maybe, one day, my child will grow up to be a woman.

On that note, may all the women of America, and the rest of the world, have a happy International Women's Month.