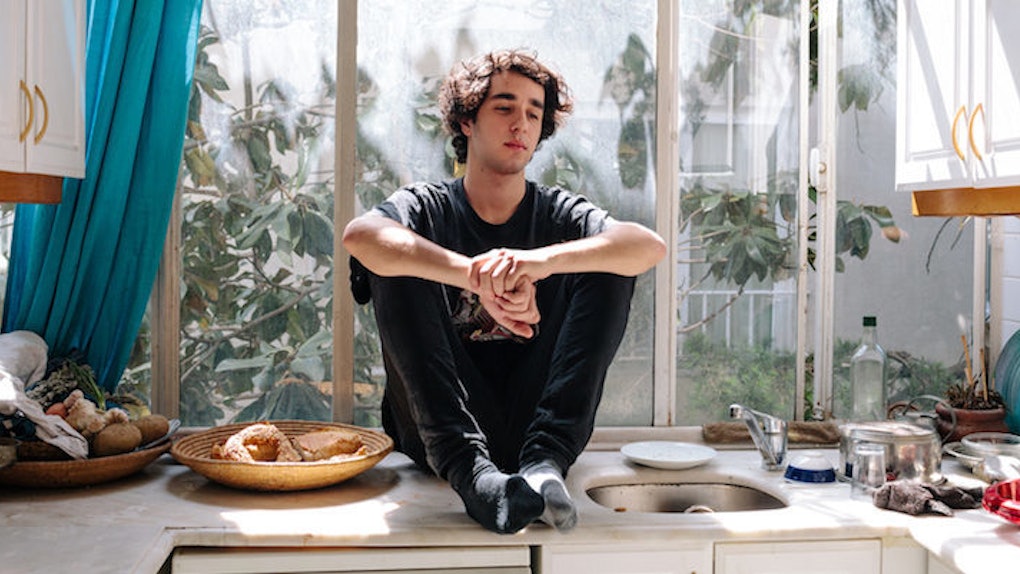 If You Ever Plan To Get What You Want, You Have To Change Who You Are

There's a small percentage of patients who undergo reconstructive plastic surgery who, despite all objective measures, find themselves unable to see the external change.

Despite new external appearances, their internal identity remains the same.

Sometimes our biggest struggles in day-to-day life stem from nothing more than a mindset or internal identity that isn't really helping us to reach our goals or be happy.

As I've mentioned before, advice like “change your mindset,” though well-intentioned, is often unhelpful.

Mindsets and identities don't change in the sense a traffic light changes from red to green. Mindsets evolve. They can evolve faster or slower and in different directions, but there is no magic switch to flip. It's a process.

Evolution serves as a good metaphor for thinking about how we can change our identity. Identity changes operate in the same ways as evolution, going in any direction relative to its starting point.

Keeping this in mind, here are some of the best ways to help evolve your identity, to shift your attitude and to evolve your mindset into a more helpful tool in your life:

Extended foreign travel does a hard reset on identity. Everyone I've talked to who has lived abroad had so much of their core identity affected by their first trip because it challenges so many fundamental assumptions about who they were, who they are and what they are becoming.

Being put into a totally different environment, we sometimes start acting in ways out of line with our inner identity, often the same identity that we've had for decades.

Travels forces us to accept the principle that our identity is malleable.

Many people who travel eventually come to realize that we can now make decisions that have a permanent effect on what our identity will become.

This is slightly different to the highly changing and exotic uncertainty of the traveling abroad.

I'm a fundamentally different person depending on where I'm living at the time. More importantly, it's the cumulative effect of all those places that has shaped my identity over the years.

I always get frustrated with myself when I go home to visit my family because I don't feel like I ever get anything done. My inbox keeps piling up and I can barely make any progress on other projects.

I've increasingly realized it's just not a good environment for being productive. The physical space of my room itself is cramped with all the notebooks and knickknack clutter from two decades of my life that I've never cleaned out.

It makes me feel claustrophobic, and I don't get a lot done there, so I usually end up at Starbucks where there's more open space and less clutter.

What does this have to do with identity? Even though I feel unproductive when I go home now, I would estimate I'm probably 10 times more productive when I go home now than when I used to go home five years ago. The cumulative effect of my environments over the past five years has wired a certain level of productivity into my identity. I'm now the kind of person that can pump out a three thousand word article out in two days, and that's my baseline now. My new baseline is 10 times what it used to be so, and even though I dip down when I go home, it's still far above what it was five years ago.

The cumulative effect of setting up environments where it's easy to be productive can shape your identity. It can do it in a way that substantially increases your productivity and output forever, even when in suboptimal conditions.

3. Create Your Own Incentives

Many people misunderstand and underestimate incentives because we believe incentives work consciously.

A lot of people probably imagine that there's a bunch of guys at Wall Street running around, consciously thinking about how to suck more money out of the financial system. They don't deserve that much credit.

Because the incentives are set up for them to report the highest possible quarterly earnings, that's always subconsciously in the back of their mind when they're making decisions. A part of their identity is maximizing quarterly earnings.

We believe that we're rational creatures, really we're rationalizing creatures. We decide overwhelmingly based on existing incentives (and our environment) and then rationalize backward from there.

There is fundamental truth in the saying “anything measured improves.” Whether it's finances, fitness or revenue, I've never put a number in a spreadsheet week after week to not see it improve over time. Albeit not consciously thinking of the spreadsheet in every moment, I've built that incentive into my subconscious.

Taylor is the author of the bestselling book The End of Jobs. To get more insights on entrepreneurship, visit TaylorPearson.me. Follow Taylor on Twitter: Taylor Pearson.