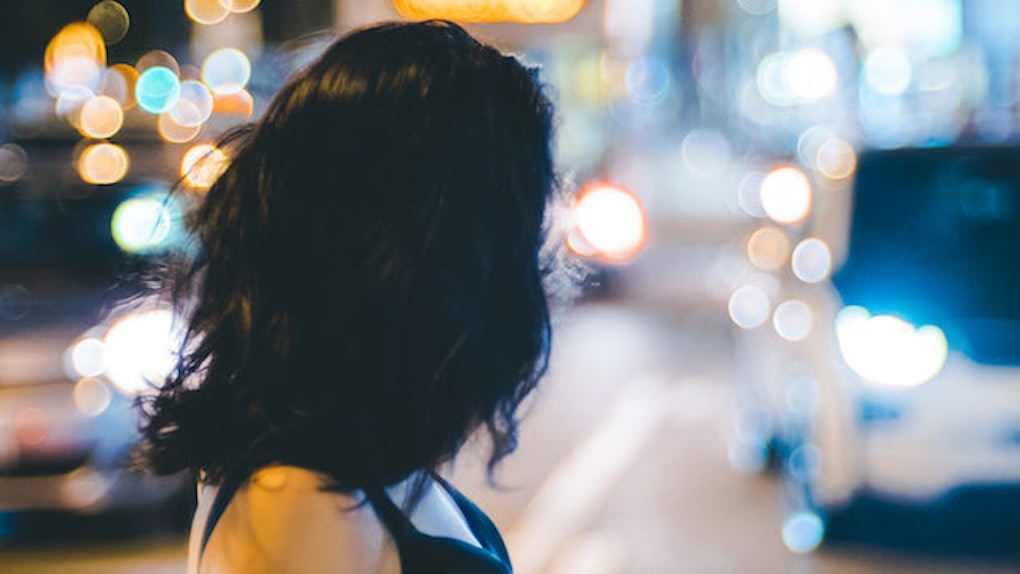 What I Couldn't Ignore Being Followed Home By A Stranger

After telling my story to the local police, it all came rushing back to me.  I remember the aggressor following me since I had gotten on the subway.

It was broad daylight.

I live in Queens, but I commute into Manhattan everyday. On this particular day, I was followed home by a stranger throughout my entire 45-minute commute.

Thanks to the immense patience from the authorities, I was able to recall my story, but nonetheless, it wasn't easy to retell it word-for-word.

The aggressor did not hurt me physically, but he did cause a mixture and build-up of emotions that were anything but pleasant.

Although this particular incident did not result in rape, I got a taste of guilt. I finally understood why so many feel like the attack was their fault.

I felt embarrassed to tell my story, and I almost didn't report it. But after thinking about the disservice I was doing to the women in my community, I knew I had to speak up.

We're living in an era where people feel like they can and should express their opinions, but when it comes to serious matters like abuse, we often recoil and try to sweep our feelings and opinions under the rug. Some of the feelings that come with abuse can convince a person to act like nothing ever happened, but that's not healthy.

No one should ever do anything to make you feel like you're in danger, and if they do, it's your right to say no and make sure that they are punished.

Here are five feelings I experienced after my attack, and why they could not be ignored.

I have this habit of getting lost in my music.

Foot tapping and mouthing lyrics, I was so into my music that I hadn't noticed a guy had been staring at me intensely the whole commute, much less that he had gotten off at the same stop as me, that he had been walking behind me and that I even held the door to the entrance of my building for him, thinking that he was a new neighbor.

You try to think back, but everything is blurry. You feel helpless, but then you're asked guiding questions to help you clear your thoughts.

I didn't know how to feel or whether or not the fact that he had followed me into my building, caressed my face and pulled me close to him and tried to kiss me was at all considered abuse.

Maybe it was just heavy flirting, but it wasn't. This man offered physical contact that I was not open to receiving.

It was my fault. I provoked him.

Maybe the glance I gave him on the subway made him think I was into him. Maybe my short dress made him lose his ability to think straight. Maybe he really meant no harm and it was just my fault.

These were some of the thoughts I had prior to reporting the incident.

You want to blame yourself because you hope that no one in their right mind would ever do something like this to anyone.

After the incident, I felt like I was still being followed.

I became paranoid and thought the aggressor might strike again.

I didn't go out at night for a few weeks and even after that, I still felt uncomfortable not coming home at a decent hour.

His aggression caused me to feel like I'd never have a peaceful night out again. I was more alert than ever, but only because I was so afraid.

I was angry to know that people do this and that some people stay quiet because they feel like no one will believe them.

I was angry because I felt all these horrible feelings of guilt and fear.

I was angry that, to my knowledge, this guy was never caught and questioned and put in his place for doing what he did to me and God knows how many other women.

I was angry to know that maybe he had been able to get his way with a woman that perhaps had less strength and wasn't able to fight him off.