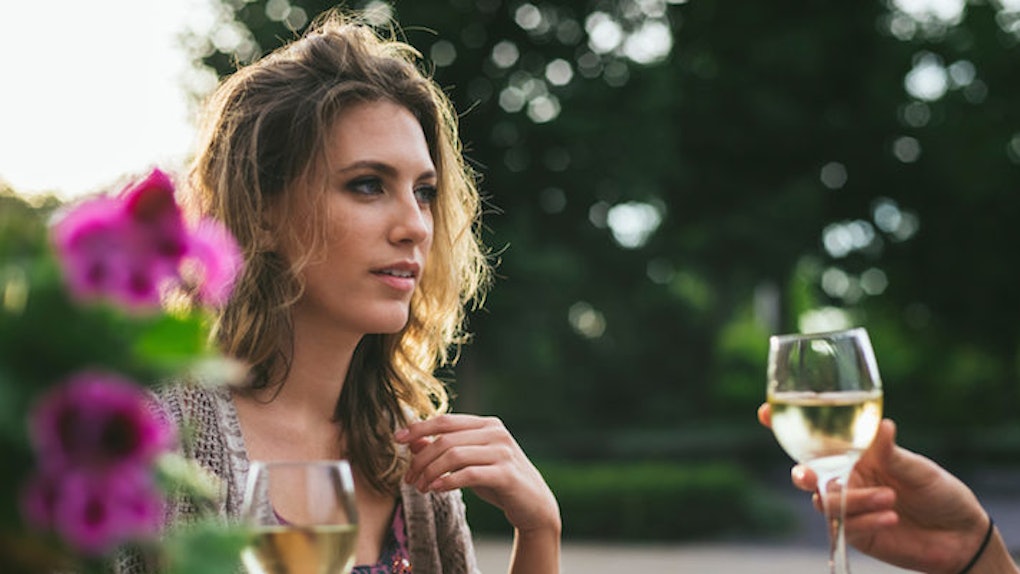 Let me paint a picture for you.

There’s a 17-year-old girl sitting on a couch late Saturday night. She’s watching TBS, maybe an old “Sex and the City” re-run. There’s some forlorn plastic tractors and Barbies strewn around the room.

Then she hears the front door open. Then, footsteps -- slowed, Louis-Vuitton footsteps -- so she quickly straightens up, fixes her hair, fluffs the pillow behind her and turns off the TV. A woman -- blonde, early 40s, pretty -- walks in the room.

At this point, she gets comfortable because she knows she’s going to be here for a while, doing what she does best: babysitting.

Here’s the thing about babysitting: It’s less about the kids than it is about the parents. Anyone who has entered the home of another family for any consecutive amount of hours knows he or she is getting a front row seat to the dysfunctional family show.

From the separate bedrooms, to mommy’s new lingerie the kids are trying on, to the creepy habits of the father who works from home a little too often -- we babysitters see it all.

If life’s an education, then babysitting is the after-school special. And like any after-school program, that’s where a lot of the real-life learning happens.

Babysitters are to drunk suburban moms what manicurists and hairdressers are to everyone else: They’re the young innocent girls you can dish your sh*t to without worrying that it will get back to anyone in your circles, the little people who are getting paid to listen to you whine.

And if you get an especially generous (and especially drunk) one, they’re the women who want to provide you with some guidance and advice on how the real “grown-up” life works.

Marry a man who loves you more than you love him.

I wonder if Debbie, the mom I babysat for, obviously, told me this because it was blatant that she was out of her husband’s league. I always wondered why she chose him anyway -- she’s tall, blonde and gorgeous, and he’s short, boring and just eh. Maybe that’s the secret.

“Men have a tendency to wander,” she told me. “If they don’t love you more, they will leave.”

This was a crucial life lesson. She saw it happen enough times to know. She relayed at least four "horror stories" of women in their 40s finding out about their husbands affairs, forcing them to start over again.

Sure, every woman dreams about her hunky price with arm tats and a good fill on a Brooks Brothers suit, but if you’re not the female equivalent (and who is?), you’re sacrificing a long-term, loving relationship for a tumultuous fling that will most likely end in him leaving you for an Instagram model.

Don’t give up your day job.

That whole “my child saved me” philosophy is bullsh*t. I’ve babysat for enough mothers to know that all a mother is looking for is something to save her from her kids. In the case of Debbie, that something was her job.

As a high-powered attorney, she was usually home late and out the door early. But hey, when you’ve got trustworthy babysitters like myself, maybe it’s not such a bad trade-off.

Don’t have kids until you’re ready to give up your day job.

I may have been trustworthy, but I was about as invested in her children's development as I was in my own.

When they were giving me a hard time about their homework, I'd put in the answers. When they wouldn't eat their vegetables, I threw them out.

I mean, when you hire a 17-year-old to look after your pride and joy, you're not going to get much pride.

I always wondered if she regretted missing her children’s youth. There were moments I could tell she did, as she tried to make up for missing so much of them during the week by planning extravagant events during the weekend that just led to them all annoyed and frustrated (who takes a four-year-old to the opera?).

Never pay above $12 an hour for those who are raising your kids.

Apparently we’ll work for less…and don't yet have the balls to ask for a raise.

Make your own money.

She was a woman who had a good job and some nice ass sh*t. From her extensive shoe collection to her designer lingerie (unfortunately, I saw it all), she wore her things proudly, always showing me her new dress that she spent just a little too much on but was telling herself (and me) that it was worth it.

Because it was her money, she didn’t feel bad or ashamed about it. She was proud that she could buy herself nice things -- even if her kids would eventually ruin them all.

Never feel shame about having a drink.

Never once did Debbie come home and apologize for having a few glasses. She wasn’t embarrassed or trying to hide anything. She was a grown woman with two young kids and a high-powered job.

If she needed a drink or two after work to take the edge off, she'd either invite you to join her or ignore you.