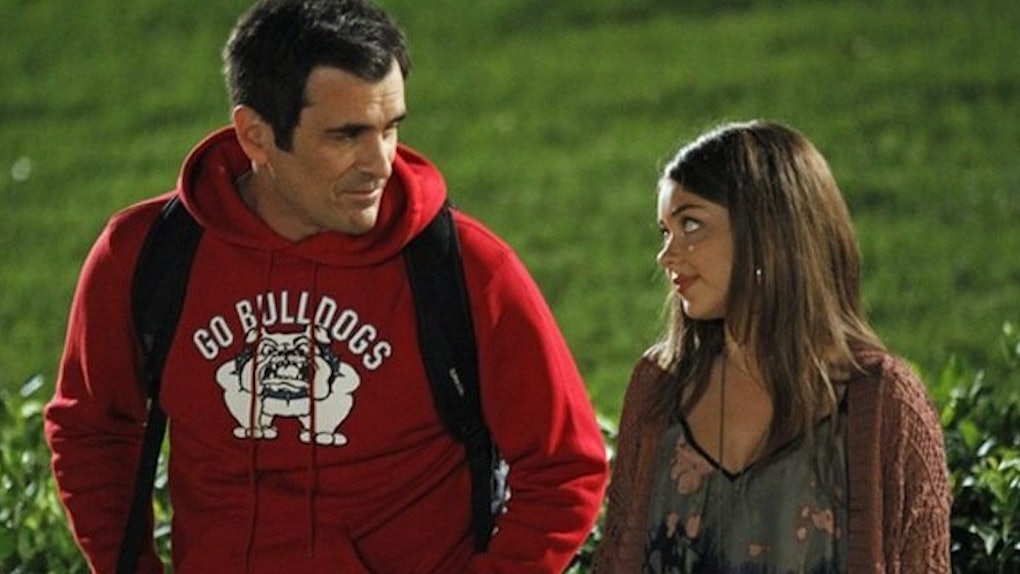 I'm thankful for who my father is, despite his past demons.

He has been through hardships beyond my wildest dreams, and always managed to come out of them stronger.

He would probably murder me if he ever found out I was sharing his story with the world, so it's a good thing he's 65 and essentially lives under a rock.

But he's my rock. He's my inspiration, my best friend.

He's taught me everything I know from love, to work and everywhere in between.

He is the wisest man I've ever met, and I've been able to learn from his mistakes.

Due to the circumstances of his past, he's taught me valuable life lessons that can aid all of us in the future:

1. Get an education in something that will get you a job.

My father was born and raised in the slums of Newark, New Jersey, back when the area was mostly dominated by poor, immigrated Italian families.

He was the first in his family to attend college and paid for it himself, as he came from very little money.

Fast forward 50 years, my father has recently retired from being a partner for one of the biggest accounting firms in the world.

He's done very well for himself, and has provided his family a wonderful life.

I feel blessed because I never had to take out a single student loan, but this came with a different price.

My father agreed to pay for my $250,000 education under one condition: I had to get a degree in something that would guarantee me a job after college.

This was an agreement we made when I was very young (maybe 12 or 13), before college was even on my radar.

We discussed this one night when driving home after a Broadway show.

He asked me to stay up and have a conversation with him to keep him alert during the long drive, so I asked him why he decided to be an accountant.

Even though this was years ago, I remember his words perfectly.

He said, "The only careers that guarantee you will always have a job require certification. I had three choices: I could be a doctor, a lawyer or an accountant. Well, I hate blood and I didn't want to go through another three years of school, so becoming an accountant was my only option."

This was a difficult concept for my young mind to grasp.

I questioned why he didn't see the value in following your dreams and passions, to which he laughed and said, "One should never give up on a dream, but should recognize the need for financial security."

That's when it clicked.

Money spent on education should not be wasted.

It goes back to an old business concept: Spend money to make money.

2. Always be cautious when in love.

Love has always been a difficult subject for him.

You see, my father has been married three times.

I feel sorry for him a lot of the time because I know how unhappy love makes him.

It has the same effect on me sometimes.

I wish I could pinpoint what exactly made him like this: so cold and bitter and pessimistic.

But my father believes that love makes you weak and vulnerable.

He also says love is in inevitable.

Sometimes we know we shouldn’t fall in love, but we do anyway. My father says when this happens, it's important to pull back a little and protect yourself.

He says nothing lasts forever, and you should always prepare for the worst.

In addition to that, he believes if someone you love breaks your trust, you should never let them build it back. By doing so, you're giving them a piece of yourself that you can never regain possession of.

Trust is hard to build, but easy to break.

Once it's broken, it will always be broken.

Even if you can find it in your heart to trust them again, it can never be.

And it'll cause you more pain since you were stupid enough to let them do it again.

There should be no second chances and no forgiveness; if they hurt you once, they'll hurt you twice.

My father always says "fool me once, shame on you, fool me twice, shame on me," but adds that you are the fool from the beginning if you didn't walk away the first time.

I'm not saying this is true for everyone, but Dad makes a valid point.

All too often, we get caught up in a love spell, and think this happiness is never going to end.

I guess after three failed marriages, I would feel the same way.

I wish I listened to my father when my heart was broken a second time by the same man. Rather than protecting myself, I let myself go.

My father warned me, and I didn't listen.

This is one lesson from my father I had to learn for myself.

I couldn't learn from his mistakes then, but my father was there for me. And through the hardship I endured on my own, he was able to teach me his next life lesson.

My father believes Johnnie Walker can fix any problem.

Sometimes, all the mind and body needs is one neat drink.

He's not an alcoholic, nor is he promoting anyone to drink away their pains and sorrows.

He believes one strong drink, sipped slowly can hold all the answers.

My father says some of his biggest realizations in life happened while listening to John Coltrane and sipping on a glass of scotch.

He says it can calm and cleanse the mind to the point of clarity.

To him, life moves too quickly.

According to him, college kids are doing it all wrong.

He believes scotch has healing powers, but only if you let it.

It can open your mind and make you feel the pains you've been suffocating deep inside.

It allows one to feel pain without the pain.

It reveals our true inner thoughts, and allows us to see life in a new perspective -- through eyes that see what they need to see, and not what they want to see.

So, next time you feel sad, lost or even confused, put on some jazz, pour yourself a drink and open your mind; the scotch will do the rest.